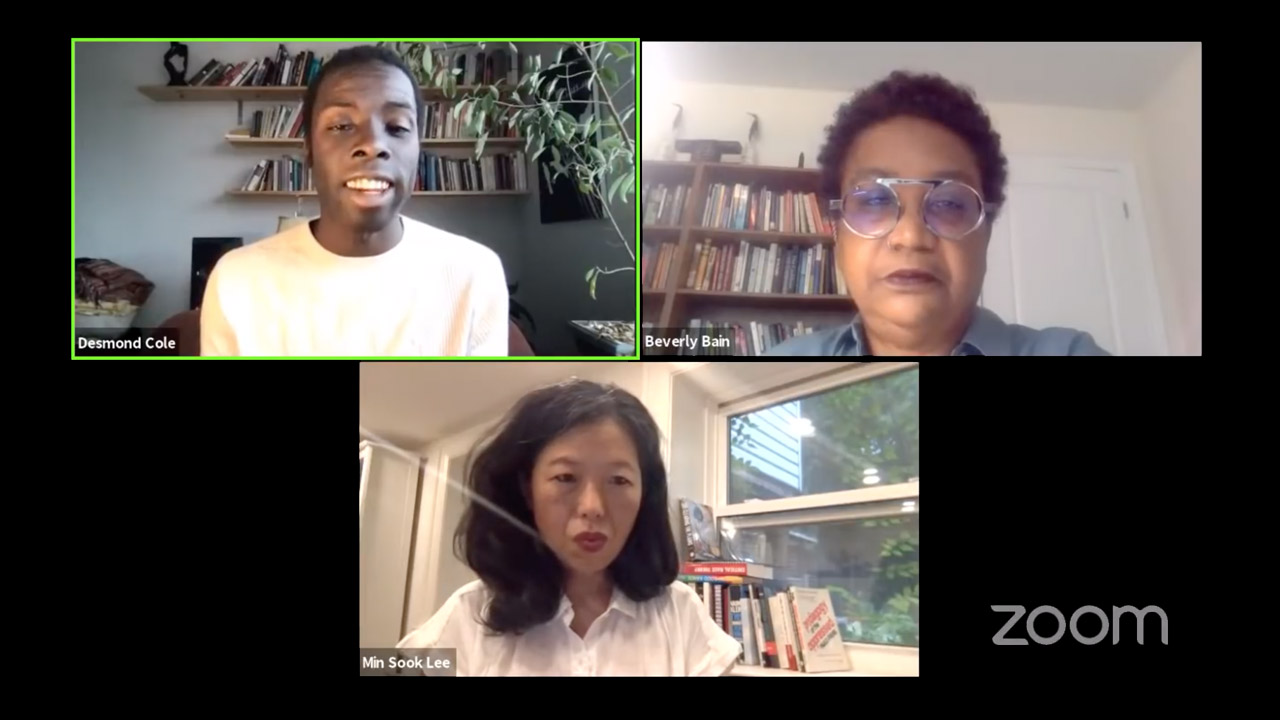 CREDIT: ASHLEY GOVEAS
Western's faculty union have been encouraged to protest anti-Black police brutality alongside post-secondary institutions across Canada and the US.

Western’s faculty union encouraged their members to participate in a strike to protest anti-Black police brutality alongside post-secondary institutions across Canada and the US.

Those who participate in Scholar Strike Canada Wednesday and Thursday halted all academic work, including both teaching and administrative duties, in solidarity with the Black Lives Matter movement.

Protesters instead engaged in digital teach-ins, including live programming and workshops to educate the academic community on the historical and contemporary roots of police brutality.

Fifteen Western University staff signed the statement in support of the strike.

The strike is the first protest for racial justice this year led by faculty unions across Canada, representing dozens of universities and colleges. The teach-ins follow several months of demonstrations around the globe against police violence and anti-Black racism and is mirrored by local calls for Western faculty and administration to take greater action in their stance against racism.

“UWOFA’s executive committee endorses the Scholar Strike Canada advocacy event for racial justice this week and strongly encourages UWOFA members to participate in the two-day programming to the extent they are able,” the statement reads.

The protest coincides with the start of classes at post-secondary institutions across Canada.

While UWOFA members are bound by a collective agreement that prevents them from striking outside of their own labour negotiations — by partially or fully withdrawing their services — they made it clear that Western staff and faculty are allowed and encouraged to become involved in the Scholar Strike.

According to UWOFA president Beth MacDougall-Shackleton, this means participating in programming and online workshops, amplifying the message on social media and offering accommodation to students who miss class to engage in online programming.

“Although we’re prevented from legally striking, we wholeheartedly endorse the goals of the Scholar Strike,” she said.

The university also published a statement in support of the initiative’s “core spirit” on Tuesday, but stressed their desire to give “students some measure of stability and certainty” in their first week of class.

David Heap, a Western linguistics professor, first learned about Scholar Strike through the Canadian Association of University Teachers, a collective of labour unions and groups.

To demonstrate in the strike, he’s sharing a video that invites his students to look at virtual workshops on the Scholar Strike website and relaying UWOFA’s message to colleagues and graduate students.

Heap said he hopes faculty who were unable to take time out of their tightly-packed course schedules relay the strike’s message and resources to their students.

“It’s harder to communicate when we’re not in in-person classes,” he said. “So the more of us who mention it [to others], they mention it to others and so on.”

Racialized groups, and particularly Black and Indigenous scholars, are underrepresented in Western’s faculty, said MacDougall- Shackleton, and overrepresented among “contract academic staff” — professors who do not have full-time salaries, benefits or job security.

Over the summer, UWOFA pushed for and succeeded in limiting the use of student evaluations to influence decisions to hire teaching staff as these evaluations are “known to be biased against racialized faculty and other equity-seeking groups,” according to MacDougall- Shackleton.

“During the pandemic, ... we’re particularly concerned about the extra work being done by contract academic staff who … consist disproportionately of [Black, Indigenous and people of colour individuals] and other equity-seeking groups,” she said.

1
How you can participate in Black History Month
2
The crest and closeout of Western's forgotten club
3
What is the future of the monarchy?
4
Matthew Dawkins on his upcoming book and passion for creating
5
So why did Western and Queen's start a rivalry?

An Orientation Week that will look like no other