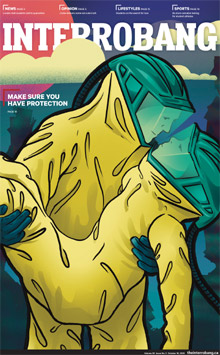 ‘Do you believe us now?’: How thousands of Londoners united to say Black Lives Matter 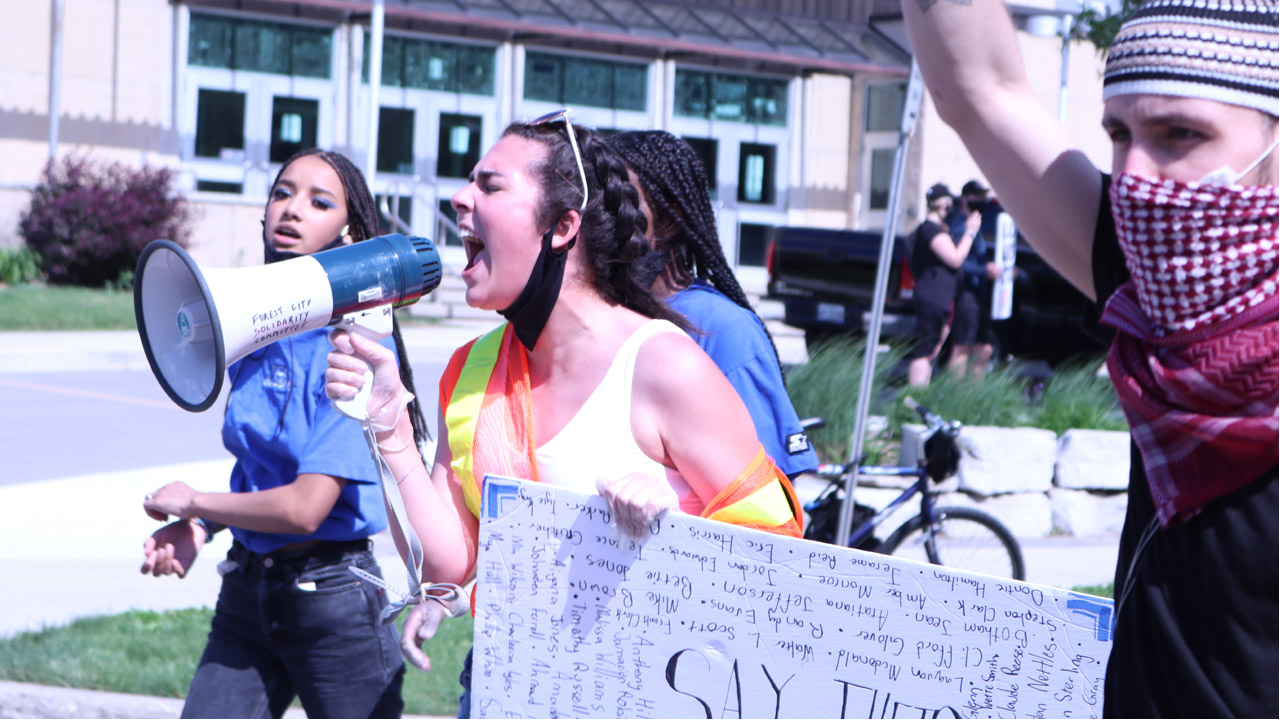 
On June 6, close to 10,000 Londoners gathered in Victoria Park to show their support for the Black Lives Matter movement.

Black Lives Matter has been an international movement since 2013, organized to challenge systemic racism and violence against black people. Recent rallies for the cause have been seen across the world after the death of George Floyd, who was murdered at the hands of a police officer in Minneapolis on May 25.

The rally began at 3 p.m., with participants first convening at the park’s bandshell to listen to speakers before walking through downtown. 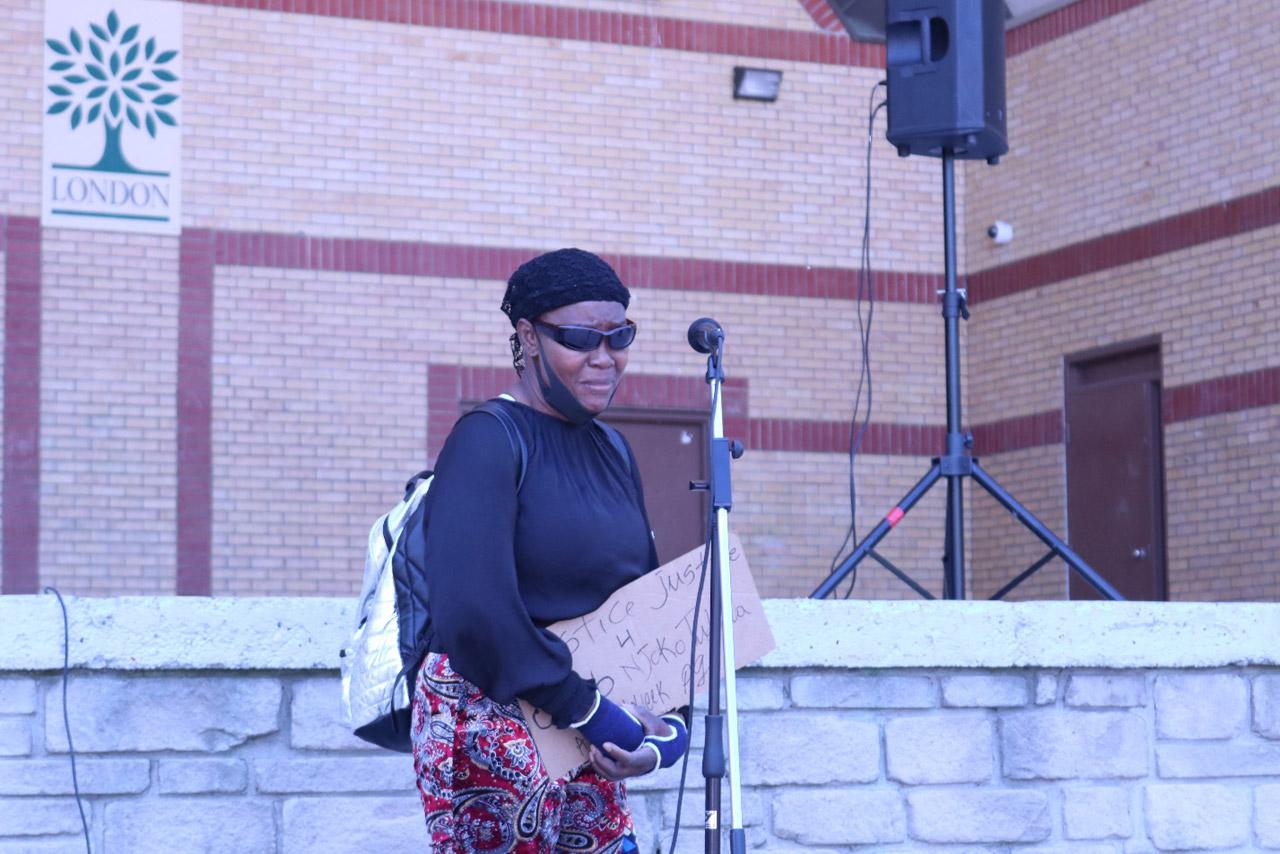 Nelly Wendo’s son, Caleb Tubila Njoko, 26, died on May 8 after falling from an apartment balcony when London police were called to the unit to assist with his mental distress. She expressed her grief to the crowd in her native French language. 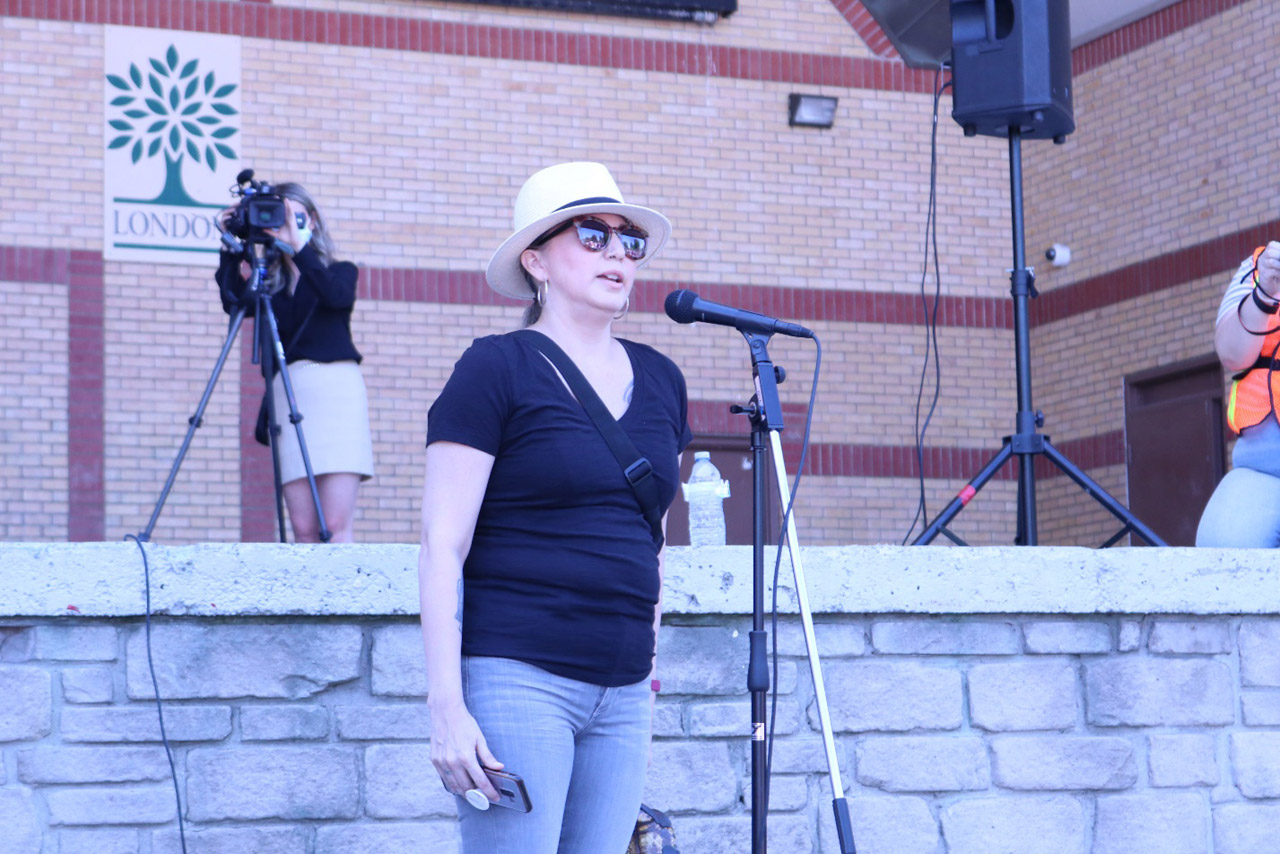 Indigenous speaker and educator Summer Bressette said she would not be giving a land acknowledgement, but was instead present to acknowledge the large group’s advocacy for change. 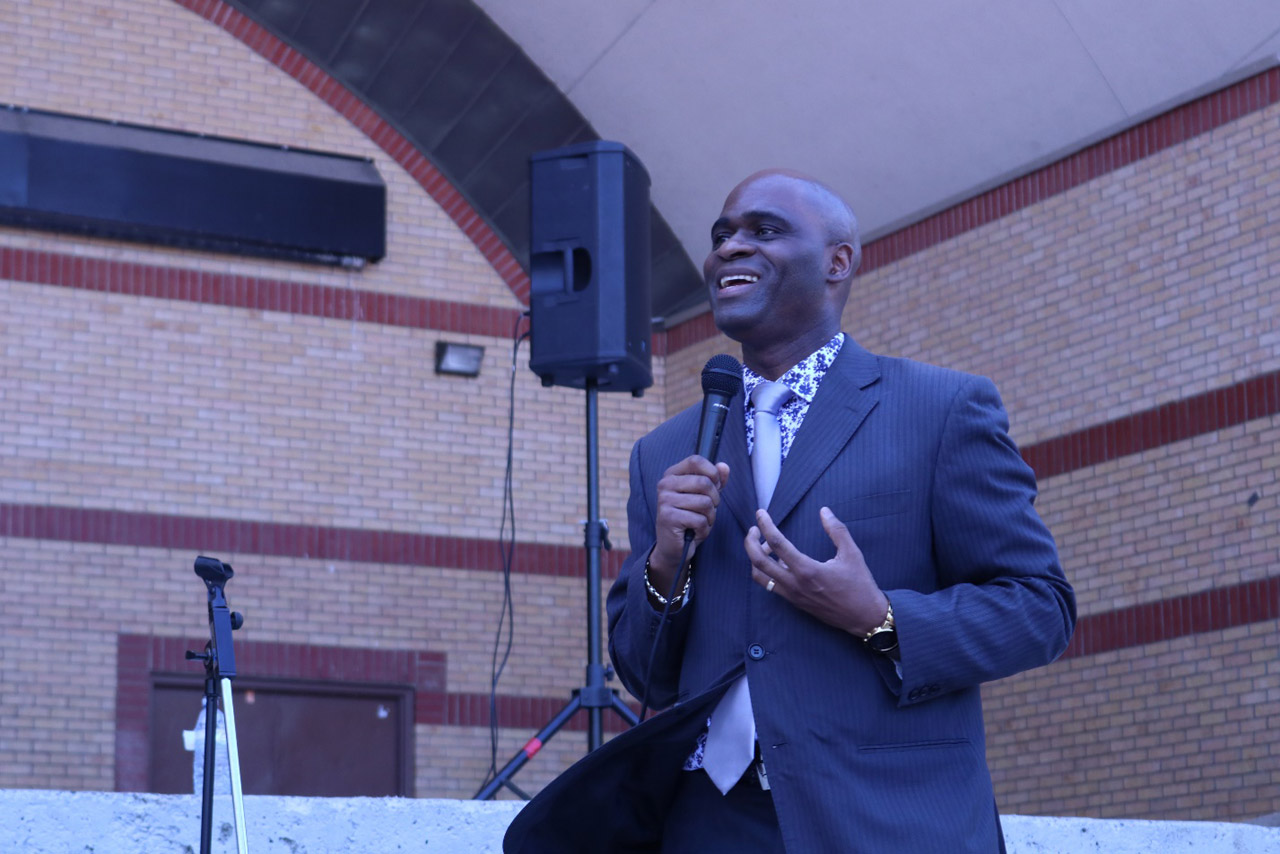 Leroy Hibbert, multicultural outreach program coordinator for LUSO Community Services, spoke about how we can improve our understanding of racism. “Do you believe us now?” he asked when referring to the video of Floyd’s death. Before he finished, a brief disruption broke out in the crowd nearby. 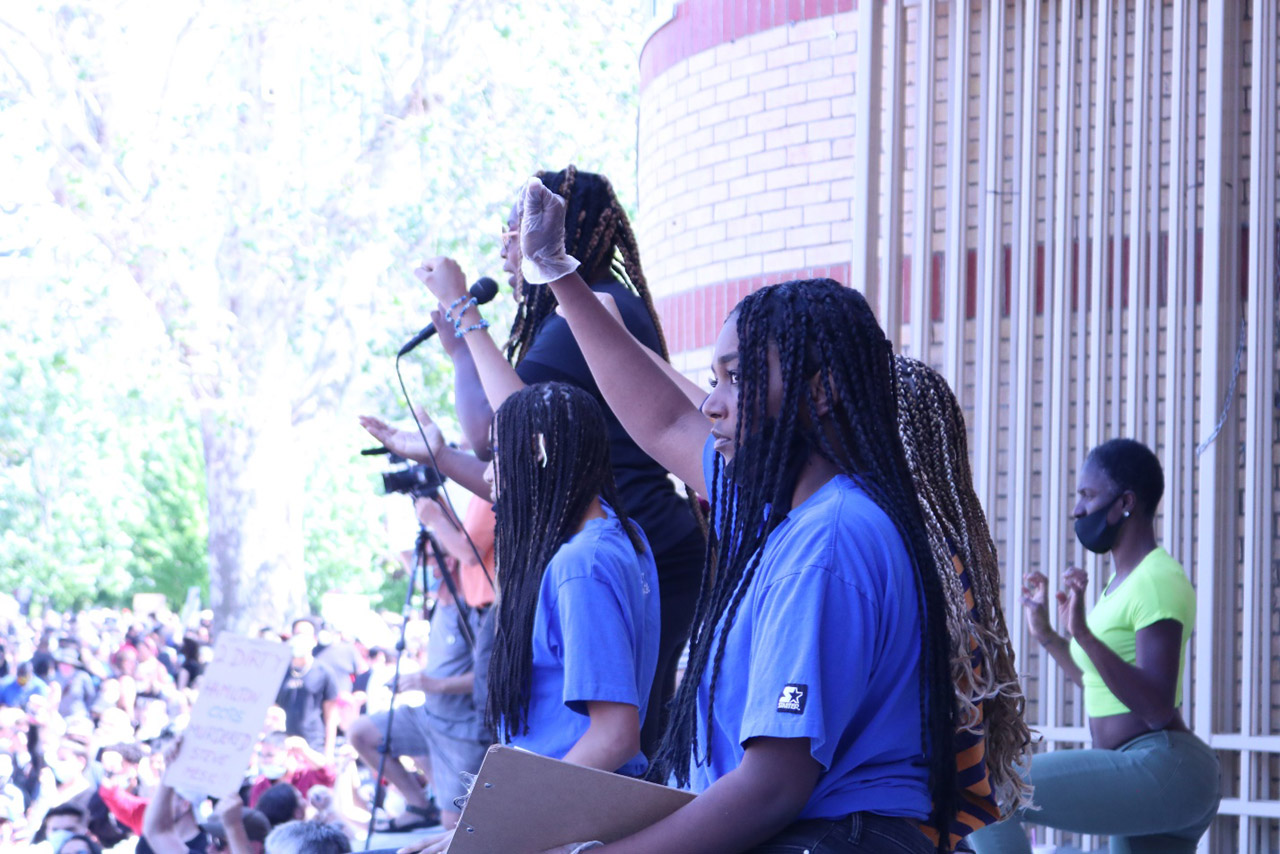 “It was an intense moment, sure. But I am proud of the way our volunteers handled the situation and proud of London for bringing back their focus to the task at hand,” said Alexandra Kane, spokesperson for Black Lives Matter London. 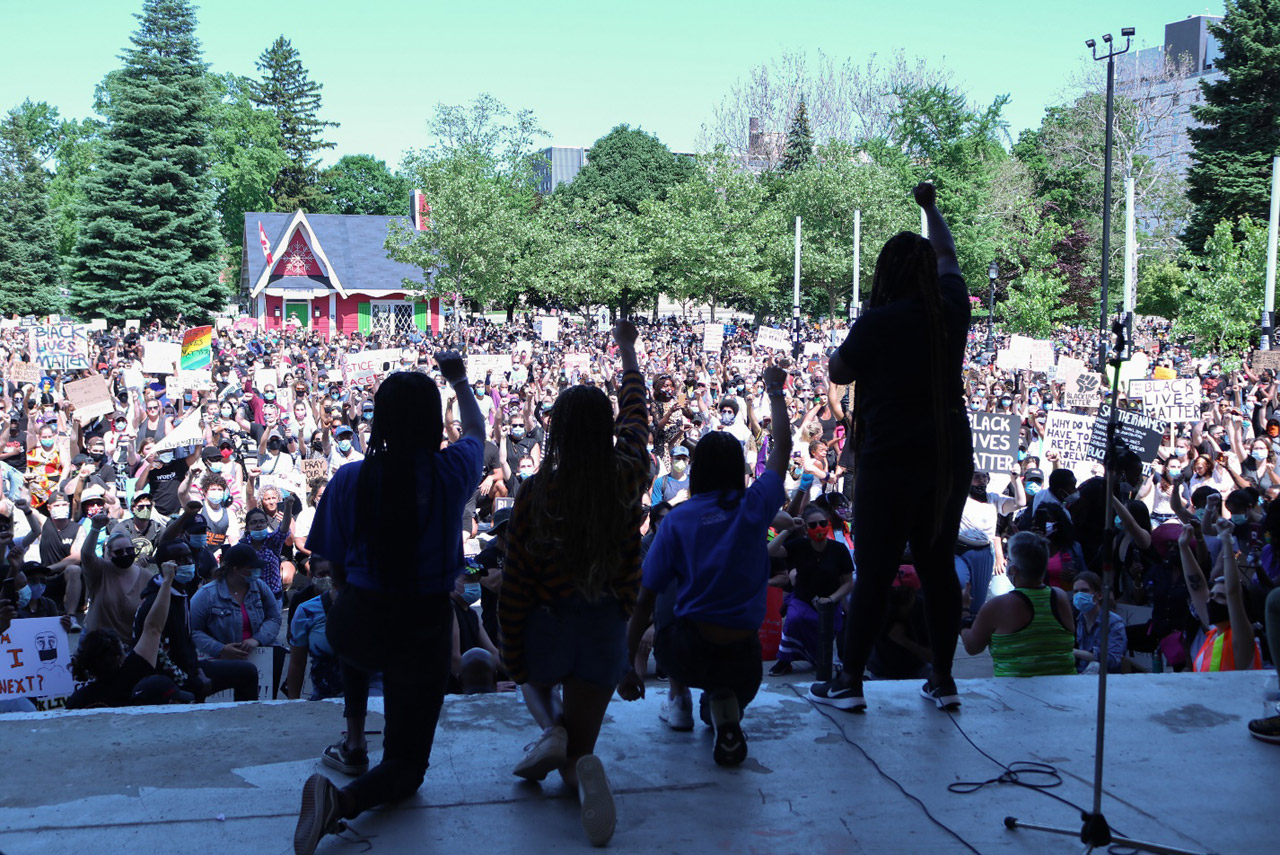 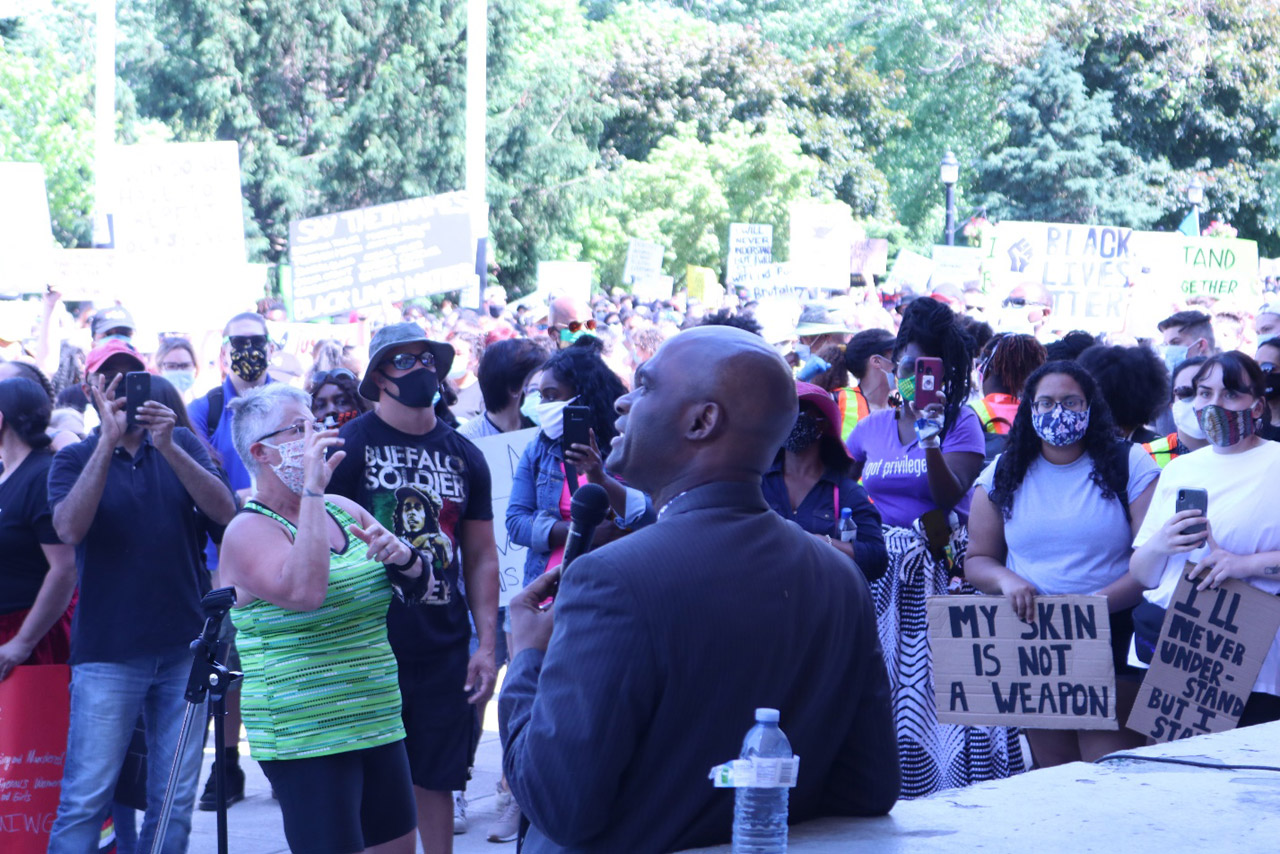 Despite mounting tensions, Hibbert and organizers instructed the crowd to resist violence. “We want the violence to stop, and we just proved it,” Hibbert said when he resumed his speech. 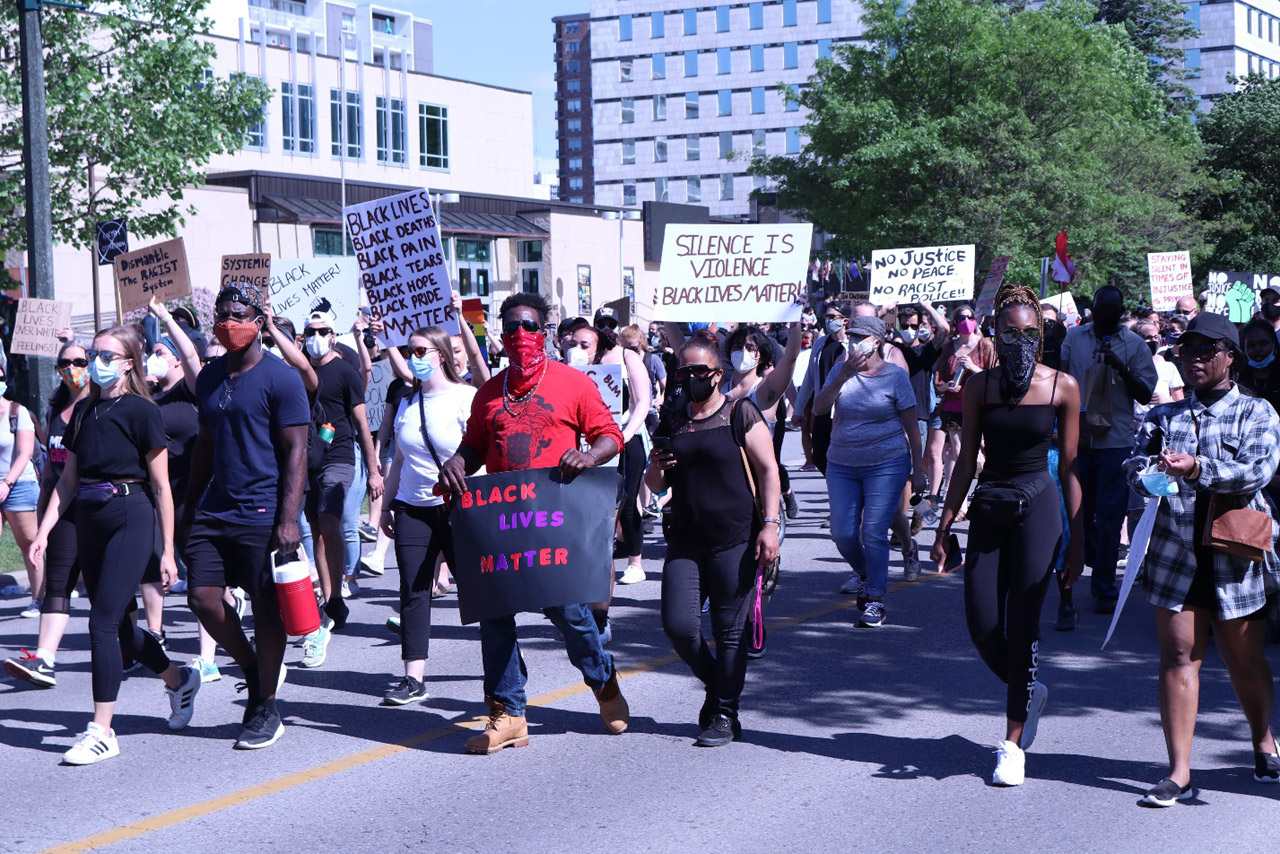 The march continued as planned with no further interruption, ending at 6 p.m.

To learn more about racism in Canada, Interrobang spoke to Hibbert the day prior to the protest.