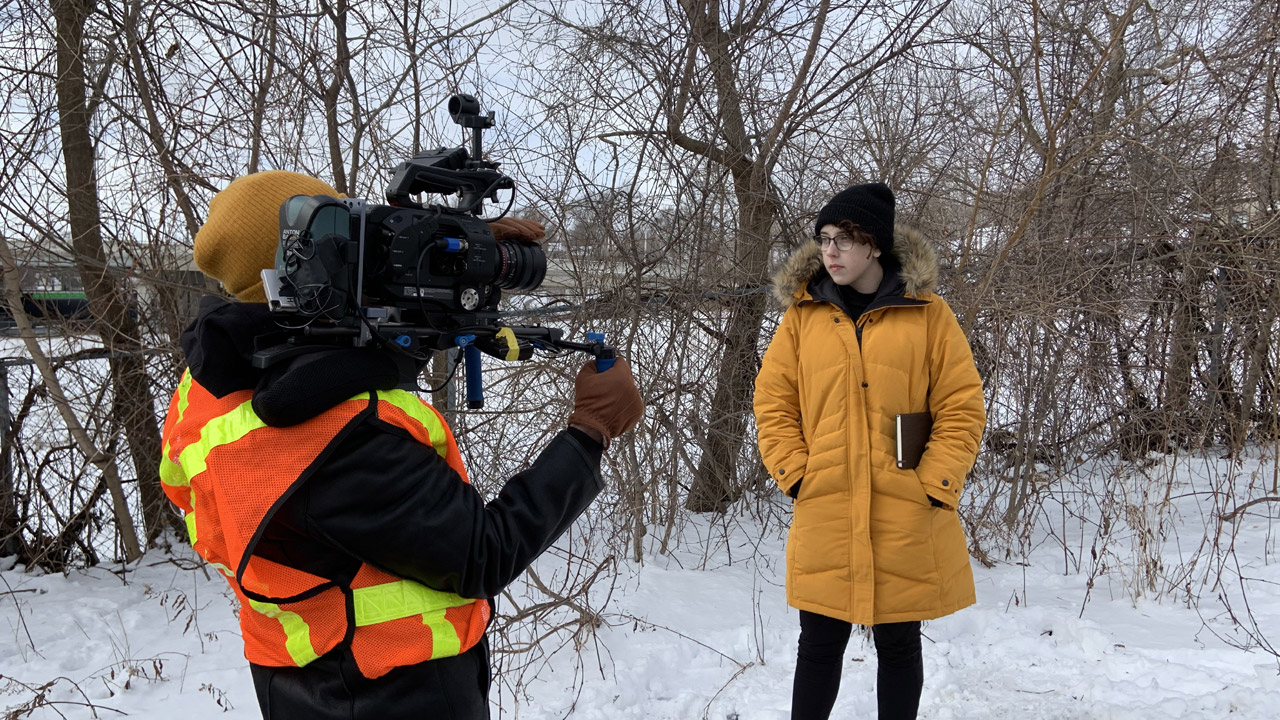 Fanshawe’s advanced filmmaking program has come up with a way to celebrate it students’ work from the safety of home.

The 2020 First Take Film Festival will stream tonight at 7 to 10 p.m. and is free for anyone to view. The event will showcase short narrative and documentary films completed by students during their time in isolation. It is the first time the event will ever be presented in an online streaming format.

"One thing I've learned through this whole process is how incredibly resilient our students are and I think it just goes to show you the energy that the youth have and what they can do when they put their minds to it," said Charlie Egleston, a professor in the program.

Under normal circumstances, students in the program are required to organize a live festival event. When lockdown measure began, Egleston said that the requirement was initially nixed. However, students took it upon themselves to research and organize an alternative.

Since they had already filmed their content before going into isolation, the students managed to compile rough cuts at home and discuss them with instructors on Discord. It also helped that they worked in collaboration with students from the theatre arts, audio post-production, and visual effects programs.

Sruthi Ramanarayanan is a graduating student who was a part of the selection committee. Two of her short films will be shown at the festival. Her documentary, “The thing with feathers,” tells the story of a group of refugee women in London Ontario who have been employed to make pillows as they start their new lives in Canada. Her short narrative piece, “Unwritten,” tells the story of a musician suffering from writer's block due to a personal tragedy.

Creating the festival was a feat, but one that comes with its own set of unique advantages. Egleston said that the online platform allows families the opportunity to view students’ work from the comfort of their homes as far away as Russia, India, South America and China. This may lead to future opportunities of streaming the festival when the live event returns.

“It’s nice to see that, but there’s nothing that can replace a live event,” he said. “Films are meant to be watched in a communal environment, sharing and celebrating the films that they’re watching.”

In times of crisis, choose who you follow with care