Trudeau announces $9B in aid for students ineligible for CERB 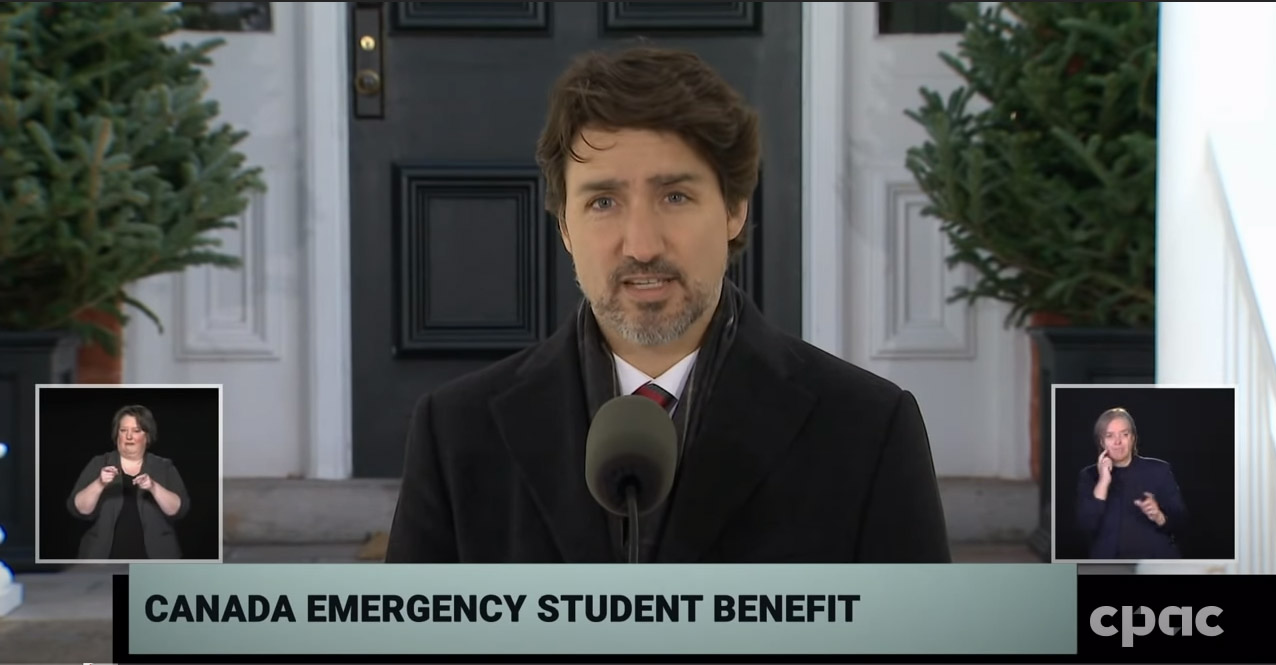 Prime Minister Justin Trudeau has announced $9 billion in financial aid for Canada’s postsecondary students amid criticism saying that students have been forgotten by the federal government.

The CERB is available to anyone who has made at least $5000 in the last 12 months, and has lost their source of income due to the COVID-19 pandemic.

However, groups like the Don’t Forget Students coalition have said that simply isn’t enough to support Canada’s students.

“Because of skyrocketing tuition fees and the rise of the cost of living, the more than 2 million students in Canada were already in a dire financial situation. The COVID-19 crisis has only exacerbated this,” reads a letter the coalition wrote to Trudeau on April 15. "On top of tuition fees, students also need to pay for rent, groceries and other necessities, for which they usually rely on summer employment.”

The grant will provide up to $5,000 for education in the fall to students who do national or community service.

“For a lot of students, the month of May normally marks the start of a summer job, but right now it might be really tough to find something. You may have been looking for weeks without any success, so we’re going to help,” Trudeau said during the conference.

According to a media release outlining the full package, the federal government will also expand its employment, skills development and youth programming to creating up to 116,000 jobs, placements and training opportunities. Other changes include:

NDP leader Jagmeet Singh has been advocating for the government to increase its assistance to students. He responded to the new measures in a tweet, saying that there is still room for improvement.

“We're glad the government is turning its focus to helping students, but another complicated system is not what students need. Make the CERB universal so that no one gets left behind and so that students – and anyone else who needs help – can get $2,000 right away," he said.
COVID-19 Financial Aid Justin Trudeau

1
Decluttering the mind
2
Here we are now, entertain us
3
Coronavirus update: The vaccine is coming
4
Income inequality and working from home
5
The rise of conspiracy culture