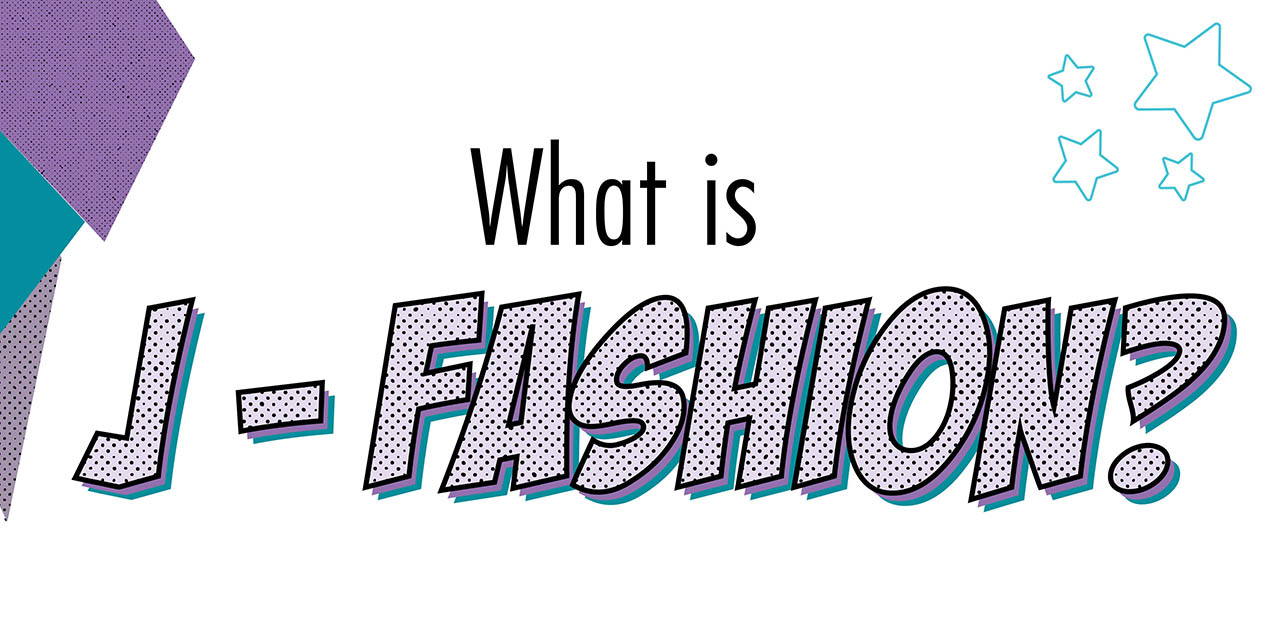 J-fashion is short for Japanese fashion.

Similar to how there are different styles of American fashion, such as punk, there are a bunch of styles in Japan too. There are subtle Japanese styles, while others that might seem too wild and garner a lot of attention. The -kei in a style’s name means ‘style’, so when you hear that an outfit is ‘something-kei’ then it means that it’s part of that style. For example, if someone states they are wearing a fairy-kei outfit that means it’s a fairy style-based outfit.

In Japan, Tokyo’s Harajuku district is one of the main hubs for J-fashion, with lots of brand shops catering to the wildest of styles and an area where style movements tend to start.

Here is a small introduction for some J-fashion styles seen around Japan:

A fashion based off Victorian era and Rococo style of clothing, such as puffy skirts and tons of lace. There are many sub-styles of Lolita fashion. Here’s a few of them:

- Classic: The outfits look closer to their influences than the others and have natural colour schemes, like creams and browns.

- Wa Lolita: A mixture of Lolita and traditional Japanese clothing elements, such as kimono.

Generally wearing kimono attire, such as a yukata (a type of kimono worn in the summer). You can add/ exchange parts to stylize it to your liking, such as wearing heeled boots instead of formal footwear.

Mori, meaning forest, is a style that aims to look like someone who lives in a forest town. With natural colours, the style has loose-fitting clothing layers and emphasises on natural fabrics such as wool. Accessories look handmade or vintage with nature themes.

Originally created by Japanese musicians, this style consists of elaborate hair styles, striking makeup, and extravagant punk/gothiclike outfits that give the person an androgynous look. Some common accessories include arm warmers, gloves and studded bracelets.

Another music industry-inspired fashion, however, unlike visual-kei oshare-kei is bouncy and bright. Often bands wearing this style tend to create songs that focus on happy and positive messages. It’s colourful and vibrant while incorporating elements of Japanese street fashion.

Sometimes known as ganguro, which is really a sub-style of gyaru, this style consists mostly of manmade items such as fake nails. It is characterized by dyed hair that’s often a shade of brown or blonde, excessively decorated nails, makeup with dark eyeliner and fake eyelashes. It’s known for including tanned skin, however, it’s not always necessary for this style. Like Lolita fashion, there are a bunch of sub-styles to gyaru.

This fashion focuses on dressing up in Japanese schoolgirl uniforms, although, unlike the normal uniform, girls wear shorter skirts, loose socks and dye their hair.

Known for using combinations of pastel colours for the outfits, including having pastel hair colours. Some motifs for prints and accessories are stars, dots and cute cartoon characters. Short tulle skirts are popular for this style as are leg warmers, tights and sneakers.

A colourful style that focuses on wearing a moderate number of accessories, such as a bunch of hair clips. Usually wearers try to stick to colour palettes, such as pink or red. Hoodies, t-shirts, stockings, leg warmers and colourful dental masks are some common clothing worn.

Tips and tricks for making your own cosplay