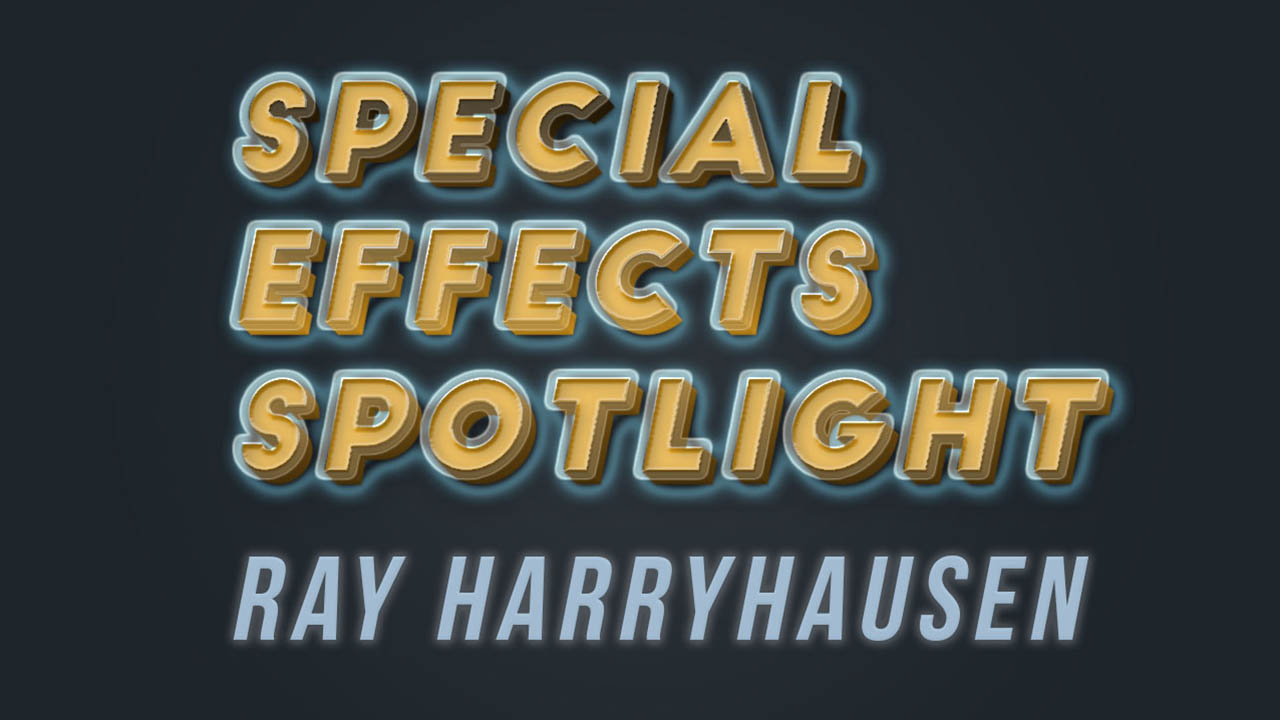 Ray Harryhausen was a legendary visual effects creator specializing in stop-motion animation, even creating a form of claymation called Dynamation to better suit his style.

He was inspired by Willis H. O’Brien’s King Kong (1933) creature design and animation techniques. After being inspired by the film, Harryhausen began trying his hand at model-making and producing animated shorts. After some time, a meeting was arranged between Harryhausen and O’Brien where O’Brien criticized Harryhausen’s models. Harryhausen later started perfecting his craft and eventually landed an assistant role on O’Brien’s 1949 film, Mighty Joe Young. The special effects team won O’Brien an academy award for best special effects.

Not many filmmakers get to work on their first major film in such a position as Harryhausen did, let alone with his filmmaking inspiration, O’Brien. Fresh off of Mighty Joe Young, Harryhausen’s first film where he was in charge of the visual effects was The Beast from 20,000 Fathoms, released in 1953. This is where Harryhausen showed Hollywood that he was a pioneer in his craft and that he is going to be making a lasting impression on cinema forever. This film has a huge amount of importance tied to it. To start, this film is the first instance of Harryhausen’s Dynamation. Dynamation is an interesting filmmaking technique that mixes preshot footage, live-action models, claymation models, projections and landscape sets in an authentic way. To further this point of importance, the film came out one year before Godzilla.

This film also birthed a large number of film tropes such as a scientist or group of scientists attempting to study or defeat the monster whilst figuring out the genus, and shifting the film’s focus to the monster rather than the stars. However, the star of this film is the Rhedosaurus. Harryhausen’s model of the dinosaur is fantastic and feels authentic. Special attention was given to how the monster should look when coming in and out of certain areas. By this I mean that the shadows of buildings, streetlights, trees as well as any shadows casted from the monster have a painstaking realness to them. Harryhausen worked long nights alone on this movie to ensure that his vision came to fruition. His hard work payed off as he worked on a number of sci-fi and horror films throughout the fifties.

Some of Ray’s notable films from the fifties include It Came from Beneath the Sea (1955) and 20 Million Miles to Earth (1957). In 1958, Harryhausen began working on The 7th Voyage of Sinbad. The adventurous and pioneering film ended up being one of the biggest hits of 1958. The stop-motion animation in this film is excellent and showcases the vast ability Harryhausen had to create authentic but magical models. A few other films were made after Sinbad but most importantly Jason and the Argonauts (1963) was just around the corner for Harryhausen.

Jason and the Argonauts is considered by many to be the greatest achievement in Harryhausen’s career and it is not hard to see why. To begin, the human acting is actually rather good and they sell the physicality of fighting stop-motion creatures well; especially the star of the film, Todd Armstrong. The animation is excellent across the board in this film and a special mention should be given to the skeleton scene. The skeleton scene is a fantastic integration of real-time actors and stop-motion effects. His final film Clash of the Titans (1981) is one of the films which is most evocative of his style and ability. Although not a perfect film, it certainly is a hallmark card to Harryhausen’s career in terms of animation. It is evident that a lot of love went into every aspect of the film’s animation and creature design. The kraken looks menacing, Medusa looks vile and wicked; even Bubo, the irritating robot owl functions perfectly. Medusa’s lair may be the most impressive scene in my opinion as the entire lair is dark and dank with the only light source being torches or wall sconces. The shadows and realistic flickering of fire against Medusa’s scalydisgusting skin looks so real it is hard to remember that it is stop-motion. Ray Harryhausen is a true pioneer of stop-motion animation in film.
Movies Special Effects

Fantasy football: the most fun you can have on a Sunday afternoon