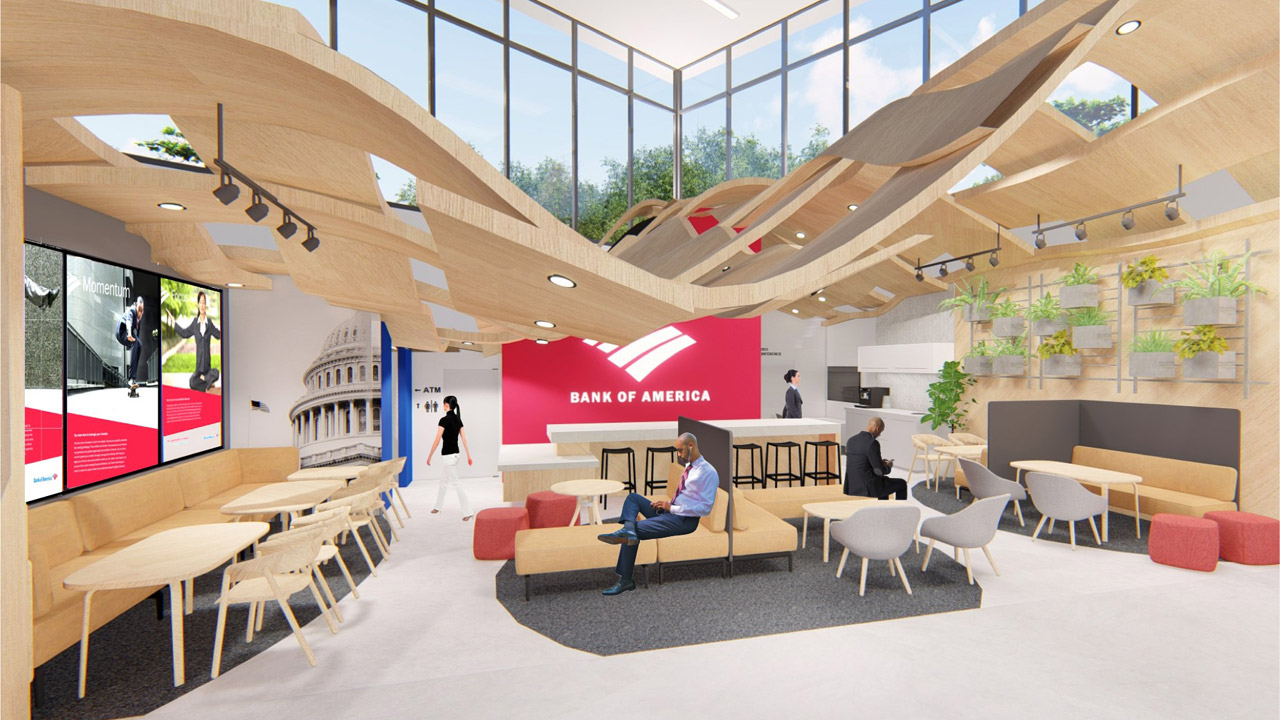 Charlinski and Arnold said in an email interview with Interrobang that at first, they were surprised to win.

“We didn’t expect to win a large national competition like that,” they said in the email. “We were very excited as well because it is a huge accomplishment in the industry. We felt honoured that our design program at Fanshawe was recognized at such a high level.” 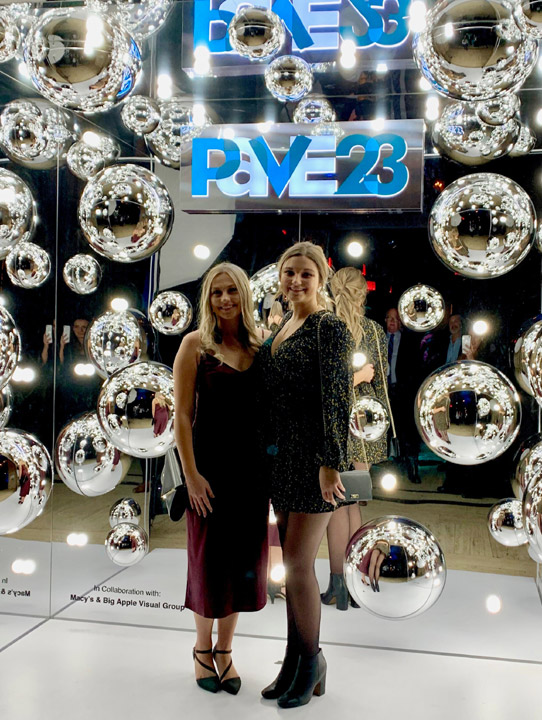 Their entire studio class at Fanshawe participated in the PAVE Annual Student Retail Design Competition by designing a pop-up bank for a post-secondary campus. Over 100 hours were spent on the project, which took two months to complete from September to November 2019. There were scheduled critiques from classmates, faculty, and industry professionals like furniture design and distribution company Teknion as part of the process.

Natalie Rowe, a professor for Fanshawe’s BID program, served as the faculty advisor for the project. In an electronic interview with Interrobang, she said she provided project critiques throughout the process.

Rowe called Charlinski and Arnold creative and dynamic and said that they completely understood the Bank of America’s detailed program requirements.

“Designing interior spaces for a banking client was new territory for the students, and it was challenging to think beyond what we know and experience in everyday banking,” Rowe said. “We went through several iterations and critiques adapting and adjusting their concepts and in the end the resulting project was creative, forward thinking, human focused and dynamic.”

She added the second-place finish will put Fanshawe on the map as a Canadian interior design school. The BID program and the students are also put on a global map. Students in the competition also had a chance to connect with well-respected designers.

“An accomplishment like this makes for an amazing portfolio piece and will hopefully launch their careers as emerging interior designers when they graduate.”

Before the studio class, Charlinski and Arnold had never heard of PAVE’s competition but were thrilled to be part of it. Attending the PAVE Gala was the first time either student had been to New York City, and enjoyed being there for five days with two of their roommates and fellow classmates.

The gala was hosted at the Cipriani in New York, where the students met industry professionals like Rebekah Sigfrids, president of the Bank of America.

Charlinski and Arnold encourage any students to enter a contest like the PAVE Student Retail Design Competition if they’re considering it.

“Even if you don’t expect it, you might actually win.”

Ask a Prof: Dealing with withdrawal

From pink to lavender: A decade of ONERUN