When is Pride marketing opportunistic? 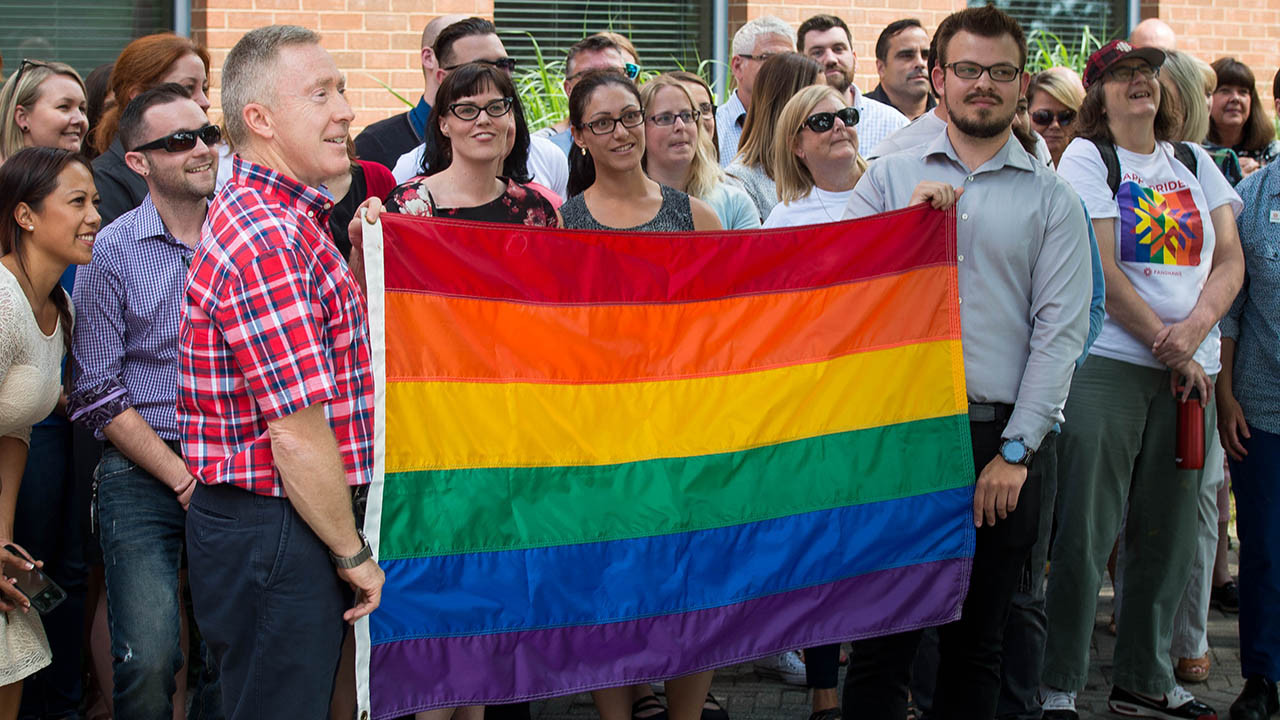 Over the last few years, Pride has become more than a celebration of the LGBTQ+ community. Once Pride month (June) rolls around, numerous brands change their logo to the Pride flag, sell Pride merchandise, or sponsor Pride parades across Canada and the U.S. A common question that has gained traction over that past couple years is, can Pride marketing be problematic?

Fanshawe College is one of Pride London’s largest sponsors. In 2019, Fanshawe donated a minimum of $10,000.

Dave Schwartz, Fanshawe’s executive director of Reputation and Brand Management, explained to Interrobang how the partnership with Pride London Festival is both for gain and inclusion.

“Sponsorships are a weird wonderful thing. Part of it is exposure and how we measure the exposure of the brand to a large population. So we can justify a lot of the spend because it is public money,” said Schwartz.

“In addition to that we have an inclusive environment here [at the College] and it really shows our support of being inclusive. That’s one of the big things about Fanshawe, is we see students from across Southwestern Ontario and now globally… we really want to showcase to the world that we really are an inclusive college.”

Fraser Brown, president of LGBTQ2S+ advocacy group Spectrum Fanshawe, acknowledged the criticism Fanshawe may get for being considered as opportunistic however, disagreed with that point of view.

“I can see why some people can see it as opportunistic especially when it is an organization looking to attract students but, that goes to any organization that is trying to attract new clients or promote employment practices. At Fanshawe, I believe it’s different though because of a lot of their espoused values, so that means they’re trying to promote these things of equality and diversity” said Brown.

He went on to say that Fanshawe’s track record of incorporation of safe spaces and a few other incentives is why Fanshawe doesn’t cross the line of problematic Pride support.

“Here at the College, we are starting to see a change and they are starting actually enact those values. So we have executive directors fighting for gender inclusive washrooms.”

Although there is ultimately a goal for some gain in all forms of marketing, at what point is it considered disingenuous to participate in Pride marketing? Fraser explains that especially in the U.S., brands actions don’t align with what they say during Pride month.

“They are marketing themselves as being these progressive groups that want change but, put they are actually funding some of the most extreme right wing politicians just to get tax breaks and monetary funds. So that is opportunistic. That is just blatant marketing trying to promote yourself but then writing off the community,” said Brown.

Although the worst offenders of opportunistic Pride marketing are in the states, London is not free of its problematic brands, according to Brown.

“The organization I worked for in my first co-op term, I was a part of their Pride working group. Sitting in on those conference calls, the swag they were giving out, it was individual coloured glasses. Not even rainbow glasses although they had the budget for it. It didn’t have anything to say or do with Pride. It listed their employment website and their organizations logos,” said Brown.

All marketing has an ultimate goal of improving sales or other goals that will positively impact the company. The key to Pride marketing is also having a balance of wanting to support the LGBTQ+ community financially and applying those same values throughout the organization every month of the year.

Editor's note: Interviews for this article were conducted in July 2019. The article was written ahead of the publishing date for Interrobang's Diversity Issue in February.
Fanshawe College Marketing Pride

These are a few of my favourite things