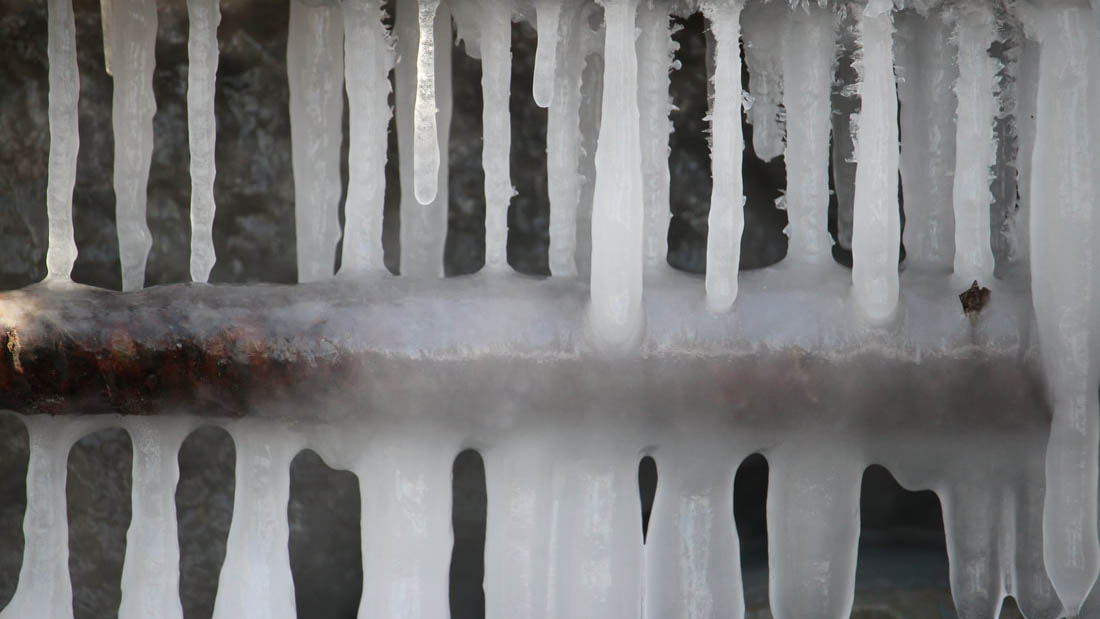 CREDIT: BARRY POTTLE, PROVIDED BY KATHRYN MOCKLER
Watch Your Head is a collection of creative works addressing climate change. Barry Pottle's "Genetic Pool, part of his De-Iced series, is part of it.

Creatives of all kinds concerned about climate change have a chance to be published.

In an electronic interview with Interrobang, Mockler said her concern for the environment began during her high school days at H.B. Beal Secondary, where she was a part of their Environmentally Friendly Club. She’s addressed her climate change concerns through creative writing and through protests.

Once she read the October 2018 United Nation’s Intergovernmental Panel on Climate Change’s report, Mockler realized the impact. The report indicated the Earth could reach 1.5 degrees Celsius by 2030 if human activity contributing to global warming continues as is.

She volunteered for Extinction Rebellion Toronto in spring 2019 and organized a climate poetry reading the following September. Since then, she created Watch Your Head as an online publication and will publish a physical anthology. “Creating through writing and art can be very healing no matter what a person is going through,” said Mockler. “However, the goal of Watch Your Head isn’t necessarily to make people feel good, but rather the goal is to encourage people to create so they can deal with the shock, grief, despair, [and] hopelessness that goes along with climate or eco anxiety and then channel those feelings into action.”

She added that she’s concerned that there is not enough action towards it. In a CBC London article, Mockler said she hoped art could make people pay attention to the climate change impact if they aren’t listening to facts. She told Interrobang that art can convey emotion in the way that facts are unable to.

She noted that she felt some people are reluctant to participate in climate activism because they might be labelled as a hypocrite if they also fly, eat meat, and/or do other activities labelled for harming the environment. However, anyone can get involved.

“We’ve been sold the idea that individual actions can get us out of this mess. That’s just not the case. We’re not going to be able to recycle our way out of this. Real change needs to take place at the level of government and industry with laws and accountability,” Mockler said. “Anything a person can do to support that change is worthwhile.”

There are 24 editors curating the collective, including Canisia Lubrin. Lubin knew Mockler before joining the team and is also concerned about climate change.

Lubrin told Interrobang in an electronic interview that while growing up on a Caribbean island, she felt that there was plenty of regard for the environment.

One of her close friends visiting her wondered why St. Lucia residents built houses nearby lots of trees instead of clearing trees out of the way. She didn’t think anything about it until then because it was a normal part of her upbringing.

Although working on the anthology helps, Lubrin said that individual actions won’t help solve the climate crisis but rather, a rebellion.

“It’s all well and good to write poems and make art about the perils of climate change but that alone won’t save us,” Lubrin said. “This knowledge is as good a place to start as any, if we really want to begin to deal with this problem with the seriousness and agility and focus that it deserves.”

Anyone interested in contributing to Watch Your Head can send their material until Feb. 16. Visit watchyourhead.ca for more information.
Art Climate Action Climate Change

Fanshawe OSLT grad eager to use skills with Burger Factory