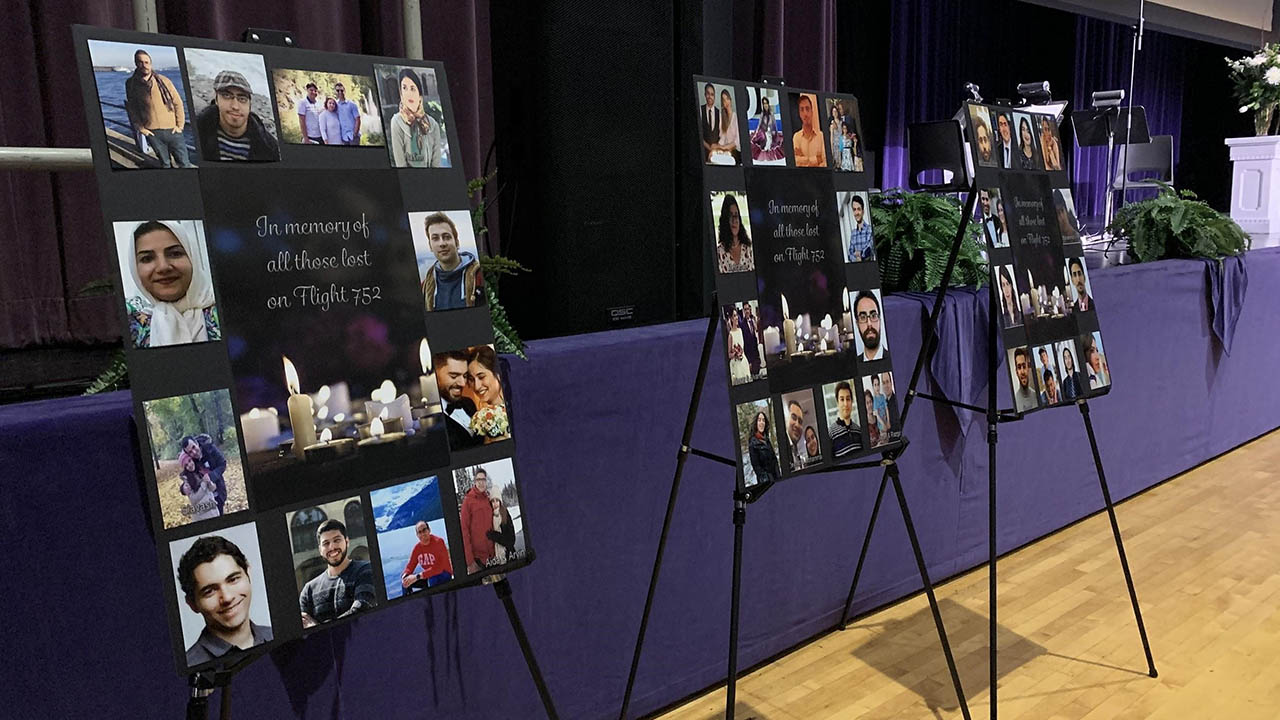 A memorial service was held in Alumni Hall last night to honour the four Western University students who lost their lives in the downing of flight PS752. Ghazal Nourian, Hadis Hayatdavoudhi, Milad Nahavandi, and Sajedeh Saraeian were all graduate students in the field of science and engineering. 179 people died in the plane crash last Wednesday; 58 of those killed were Canadian citizens.

Members of the Western community and the city of London gathered to share memories of the victims. President of Western, Alan Shepard, expressed his condolences to those who personally knew the students, and shared a message of unity.

“We’re not alone in our grieving,” he said. “It is a comfort that we have a strong, resilient community, and I hope that we can find comfort in the fellowship we share this afternoon.”

Many speakers followed Shepard, including professors from each students’ respective faculties, along with close friends of the victims themselves.

Friend of Ghazal Nourian, Tara Amiri, said he remembered her kindness and intelligence.

“She was always there for everyone,” he said. “I remember one day she helped me for several hours to study, even though she had a midterm the next day.”

Mayor Ed Holder also shared closing remarks, and hoped that the families and friends of the victims could find comfort in the London community.

“We’re family. We stand together, united, in that grief,” he said. “No words today will bring us comfort, but one day, they will.”
Flight PS752 Iran Western University World News

1
Angela McInnes - Everything happens for a reason
2
Beyond the blonde: Playoff hair, beards and superstitions in sport
3
Fanshawe student organizes protest to stand with Iran
4
Letter from the BSA President
5
Creative Conversations over Coffee: Sunday Ajak

London mourns with Western over loss of four students

Creating a community for Women in Tech