Six excellent fitness trackers to use when exercising 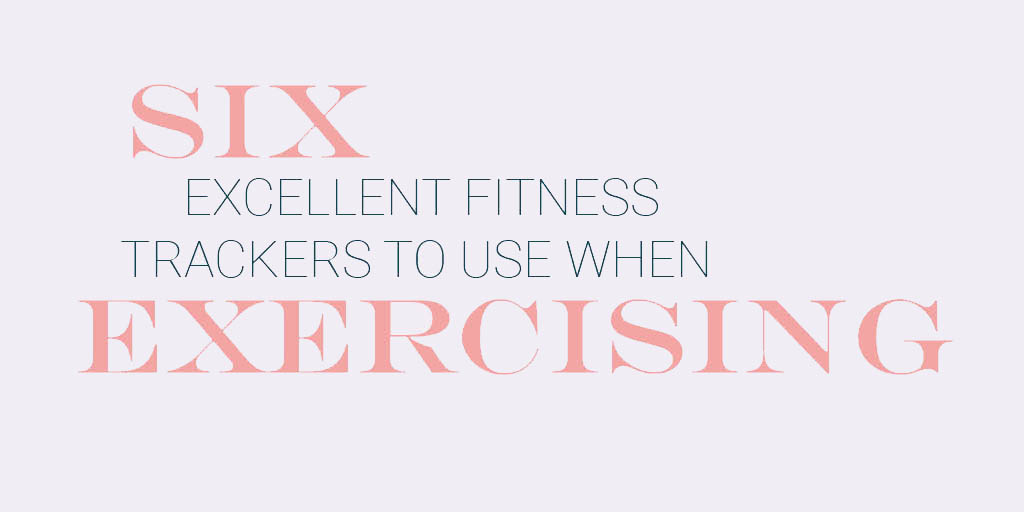 Fitness trackers, also called fitness watches, have become a mainstream tool for weight loss. These watches are not the cheapest of items to buy, so you’ll want to think carefully before purchasing one. To help you decide we present this list of possible choices of trackers.

From the biggest brand of fitness trackers, the Charge 3 has a slim, lightweight design that looks appealing on most peoples’ wrists. The display is bigger and clearer to see than the Charge 2, however it is still in black and white and the touchscreen responds well to swipes and taps. There is no built-in GPS system, but it is waterproof.

It has a nifty auto-stop feature that pauses the exercise when you encounter an intersection or stop for something like tying your shoe. The bands are replaceable, and they have a buckle like a watch, instead of the snap-buttons.

Even though the screen is small, it’s not difficult to use it with Smartwatch functions. It is however a bit expensive compared to some other brands’ watches.

This watch tracks most of the same things as the Charge, except for swimming. However, the exclusion of this function makes the price cheaper than the Charge. The slim design makes it look nice to wear and it’s light enough in weight that you might even forget that you’re wearing it. It also had a changeable band.

If you don’t mind not having a stress tracker function you can purchase the regular Fitbit Inspire for around $30 less than the HR version.

Known to have an accurate sleep tracker, the Vivosmart has a pulse oximeter that can measure your blood oxygen levels to help identify any sleep disturbances that you might have, such as sleep apnea. Although it is not a full out diagnosis, it can be a good way to collect preliminary data to give to a doctor.

It has a sleek design appeal and a long battery life compared to some other trackers. However, the small screen makes it harder to read notifications. There is a function called the Body Battery feature, where the watch helps you track when exactly is the best time to exercise, depending on how much energy you have at the time.

Made to be a perfect blend of fitness tracker and Smartwatch, the Versa has a larger screen than the Charge 3 to make reading notifications and using apps easier. The screen is also coloured, compared to the black and white screen of the Charge. You can listen to music with the music player function. It has a changeable band like the other Fitbits, however you might struggle a bit when removing and replacing it.

Similar to the Inspire series, there is another version called the Versa Lite that has a different colour scheme than the regular one and is a bit cheaper too.

Like the Versa, the Ionic has a music player, has a colour screen and is bigger than the Charge. It is also water-resistant, up to 50 metres under water. It is not only compatible with the Fitbit app, but you can also access music app Deezer and Strava, a fitness tracking app, straight off the watch.

A big difference is that it has a builtin GPS, so you don’t have to lug your phone around with you. It also has a near field communication (NFC) function that allows you to transfer files, make payments and read tags.

Downsides are its short battery life and it’s more expensive than most other Fitbit trackers.

With a built-in GPS the battery usually will drain faster, however the Vivosport doesn’t have that problem with its long battery life. It does have a bulky appearance that makes it underwhelming compared to some other brands, but it does have a coloured screen. There are no swim track modes, though it is waterproof. Finally, it’s way cheaper compared to most Fitbit watches, so if you want something similar, this is a good replacement.
Exercise Fitbit Fitness Fitness trackers

1
Discover London's best trails
2
What separates a sport from an activity or game?
3
How to stay active during the winter season