Let's go on a winter workout 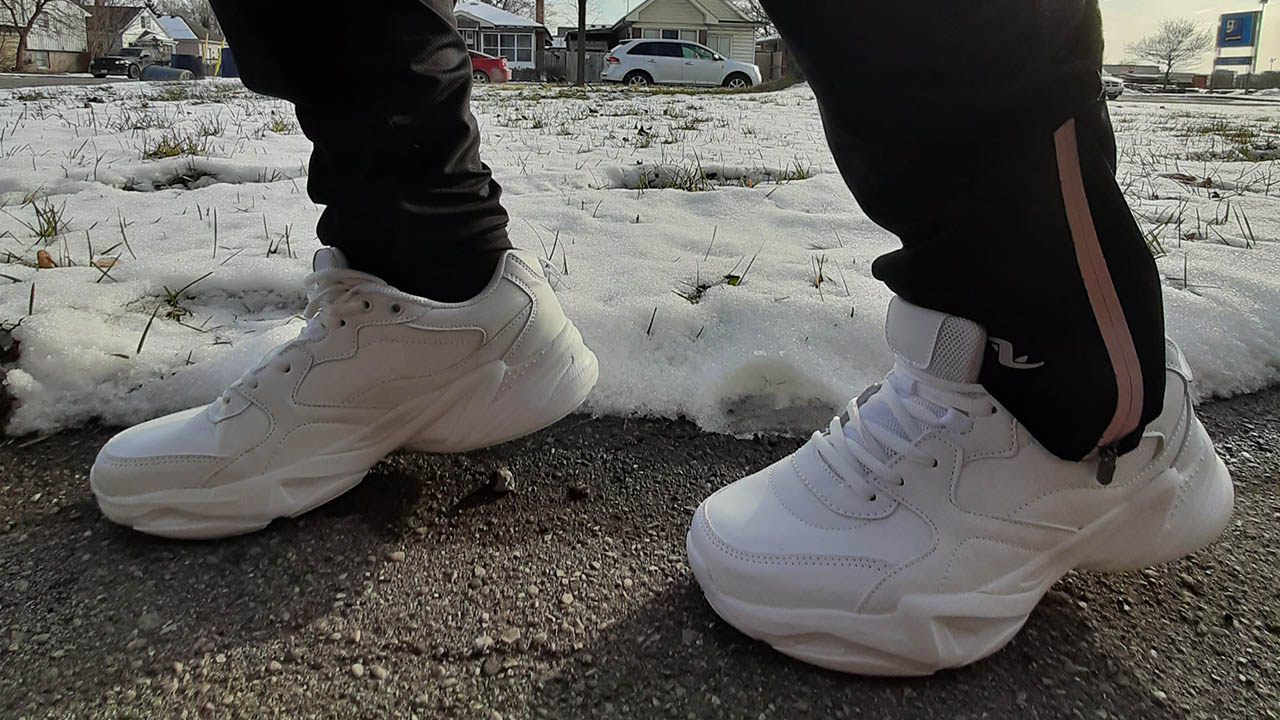 Credit: SALMA HUSSEIN
Don't let the cold weather stop you from getting in your steps.

We live in a country where snow likes to make a grand entrance that lasts for about four to five months, so we have to learn to adapt to the climate and avoid slacking off on exercise in the winter season.

There are actually many benefits to working out during the winter months which increase your health and well-being.

It can be tough to be motivated in the winter; trust me I know. I am not motivated in any season, let alone in negative weather conditions. I’d rather be rolled up in a blanket, reading a book (even though I don’t have the time for it), and drinking the most iconic hot beverage of the winter season: hot chocolate.

Winter can make even the most proactive of us into couch potatoes, but we can’t let the cold tempt us into hibernating. We must be strong and retaliate against the forces of coldness and all things under zero degrees Celsius.

In an article titled “The wonders of winter workouts”, researchers from Harvard Medical School provide advice about continuing to exercise outdoors in colder temperatures. Because of the decreased temperatures, your heart doesn’t have to work as hard, less sweat is produced, and consequently less energy is spent, which results in more efficient exercising.

The cold wards us endotherms (warm-blooded) off, and as a result we tend to shut ourselves indoors during the winter, and only coming out when absolutely necessary — or that could just be me.

By doing so, we miss out on essential one-on-one sunshine time. Getting a dose of sun time helps ward off seasonal affective disorder, a type of depression that some people experience during the winter. The article continues to provide insight about how cold weather can transform belly and thigh fat into calorie-burning fat.

Although there are many benefits of working out in colder temperatures that you cannot enjoy in the summer, keeping safe can be a struggle and priority when exercising in an icy winter wonderland.

Here are some ways that you can be safe while remaining motivated to stay in shape during the winter.

Harvard suggests a certain way of layering your clothes before you start your outdoor winter workout. The first layer should be made out of thin synthetic material which draws out sweat away from your body. The second layer should be made out of fleece or wool for insulation. Try to avoid cotton if you don’t want to smell too sweaty and feel even colder from the absorbed sweat. End off the ensemble with a waterproof breathable layer.

In the cold, our body works in a way to keep our core warm, but unfortunately our outer body parts (peripherals) are left vulnerable to the harsh cold weather. So, here’s a chance to buy a cute toque with matching mittens, and don’t forget the fuzzy socks! That way your head, hands, and feet don’t fall off during your run. Just kidding… kind of.

“But it’s not hot!” Yeah, but the sun doesn’t disappear in the winter, its rays are just as harmful as in the summer, according to livescience. com. Ever heard of not wearing black in the summer because that color absorbs the sun’s heat? Avoid the shining white snowbanks because it also does some damage by reflecting the sun’s rays onto you and increasing chances of sunburn. So, lather on that creamy layer of sunscreen, and avoid the temptation of building a snowman on your run.

I know when the air gets colder, you can see your breath materialize, and ice surrounds your vision. Lack of water seems to be the last thought on one’s mind, and that’s why you’re more likely to be dehydrated. Grabbing a bottle of water on my way out is definitely the last thing I would think of when it’s a constant companion in wintery weather. But I know I don’t want to end up buried in a bank of snow on a sidewalk because I fainted due to dehydration, so grabbing water on my out is moving up on my mental list.

As you step out into the Canadian ice and snow, avoid paths that glimmer and shine. Because as picturesque as sparkly roads in winter may seem, it won’t be pretty when you land on your behind or worse because the shine was in fact deadly ice. I know, how can something so pretty be so mean? Consider getting grips for your shoes or wear ones with good traction to avoid increased bum falls.

Consider being active in the cold outdoors, even if it may be a bit of a challenge. Try something new this winter that doesn’t involve snuggling with a body sized teddy bear or drinking an outrageous amount of hot chocolate. Yes, that is what I usually do, but hey I’m getting better! A nice cold run in my new cute outdoorsy sport clothes have been compelling and good motivation for some long-awaited change.

I hope I see some fellow Falcons on the sidewalks of London, embracing the cold air, and burning off some belly and thigh fat with me!
Exercise Winter

Health and wellness in the New Year