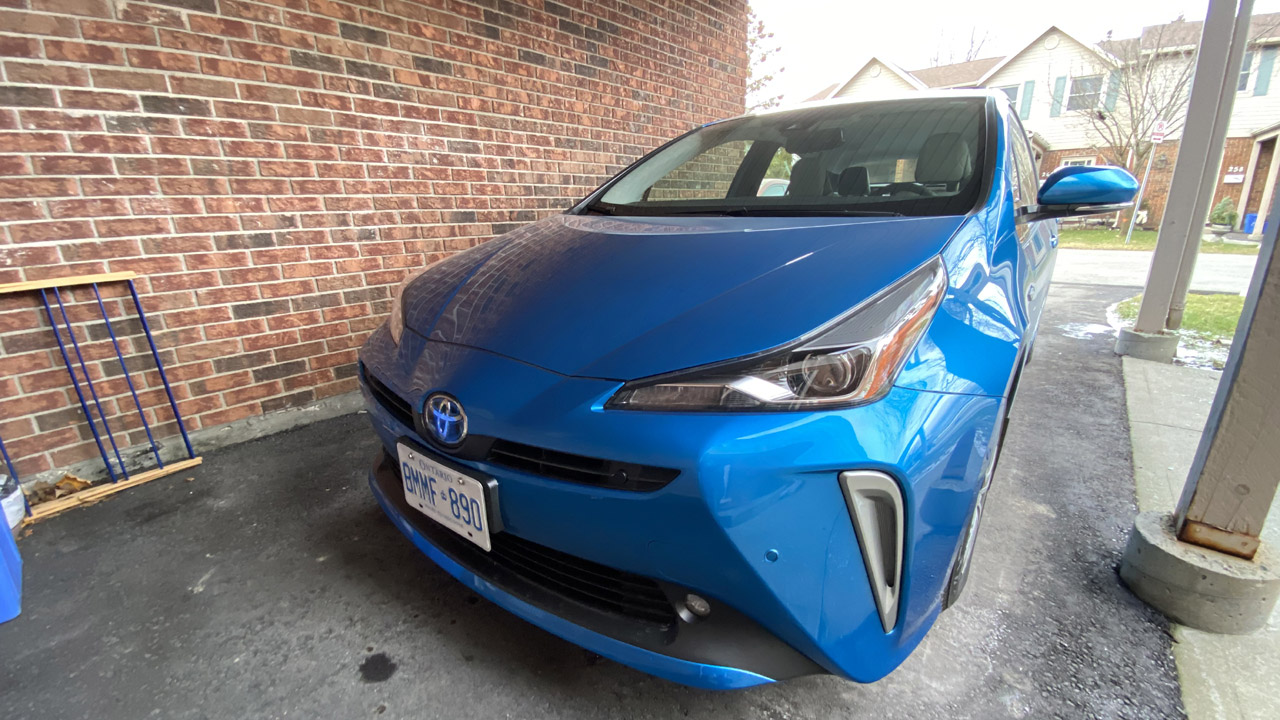 CREDIT: PROVIDED BY NAUMAN FAROOQ
The 2020 Toyota Prius AWD-e is a vehicle you can count on.

The Toyota Prius has been the poster child for efficient motoring for about two decades now, and has won fans around the world — except in areas where the weather has been less than ideal.

You see, the Prius has always been offered as a front-wheel drive hatchback wearing low rolling resistance tires — and that is fine for parts of the world where they never get any snow, but not ideal for Canada.

For 2020, Toyota has introduced a new kind of Prius, with some revised styling and features — key among which is an all-wheel drive system.

Is it any good?

Time to find out.

Styling: When the fourth-generation model of the Prius showed up in 2015, many were shocked by its styling — in fact, most thought it was over the top.

It had wild edges and curves, and the bizarre headlights were conservative compared to the ‘melting wax in a lava lamp’ styling of the taillights. Let’s just say, the styling was not to everyone’s taste, and after a few years, Toyota seems to agree as well.

For 2020, the Prius has received a facelift, and has gotten rid of the exaggerated details, in favour of softer styling. Hence, the headlights have a more slender look, as do the taillights.

Is it pretty enough to make people give it double takes? No. But it also won’t deter anyone from approaching it in the showrooms, either.

Interior: The interior of the Prius has been quite nice ever since the fourth-generation model showed up, and it has just gotten better. They’ve taken some of the white plastic from the center console, in favour of a piano black treatment — which I think looks better.

Apart from that, the rest of the interior is about the same, which means, good room for five passengers and their luggage, plus all the power conveniences you expect. It also has just about the largest infotainment screen in the auto industry, and certainly the largest you’ll find on anything that costs less than $50,000, especially if you opt for the ‘Technology’ package. So, if you like big screens, the 11.6-inch touch screen will impress you and your friends.

Powertrain: Under the hood lies a 1.8-litre four-cylinder engine that also has a 71 horsepower synchronous permanent magnet AC motor. On the AWD-e model (as tested) you also get a 7- horsepower electric motor to power the rear wheels. All in all, the 2020 Toyota Prius AWD-e produces 120 horsepower (net).

This all-wheel drive set-up has no mechanical linkage, and it only works part time. So, it aids in offthe- line acceleration, and typically cuts off at 10 kilometre per hour. If the road surface is slippery, the electric motor in the rear will power the back wheels till 60 km/h, but that’s it. The idea is, it’s there for assistance, not as a permanent system.

The Prius AWD-e uses a nickel- metal hydride battery pack, over the lithium-ion battery pack for the front-wheel drive Prius. So why does the AWD-e uses a heavier battery which also holds less charge? According to Toyota, the nickel- metal hydride battery is better suited for cold climates, which is where they expect to sell most of these all-wheel drive models.

Performance & Driving Dynamics: If you’ve ever driven a Prius, you’ll know that this is not the vehicle you turn to for excitement. While it is more than capable of staying with regular city traffic, it’s not going to shock anyone with its speed.

The run from 0 to 100 km/h took 11.1 seconds, in my testing, and the e-CVT gearbox doesn’t encourage rushing either, so if you need to get somewhere quickly, take a different car.

That said, it is very comfortable — much more so than any other Prius I remember testing. On the highway, just engage its adaptive cruise control, with lane keep assist, and just sit back and relax, and it covers the distance softly and efficiently. If driving excitement is not high on your list, and you cover a lot of distance every week, the Prius has always been a good choice, and now the AWD-e version will let you comfortably use one all year round.

Fuel Economy: In my fuel economy test (where I drive a vehicle 170 kilometres on the highway + 130 kilometres in the city) the 2020 Toyota Prius AWD-e averaged 5.0-litres per 100 kilometres, which is really very good. The front-wheel drive Prius does even better — last time I tested one, it averaged 4.4-litres per 100 kilometres — so if you want to be extra efficient, buy the FWD model, but if all-weather traction is more appealing, than you have to get the AWD-e.

If you want all the bells and whistles, the 2020 Prius AWD-e Technology is yours from $32,990. There is a further “Advanced” package available with more features for an extra $1,800.

With the changes and improvements on the 2020 model, the Prius is better than ever, and the all-wheel drive system makes it more usable for us Canadians on a year-long basis. If I was in the market for a Prius, this is the one I’d bring home. 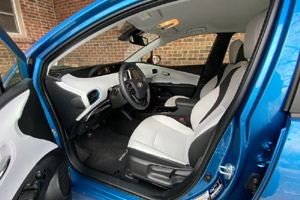 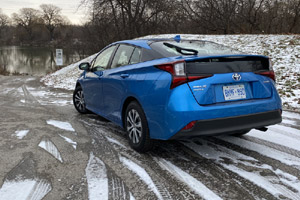