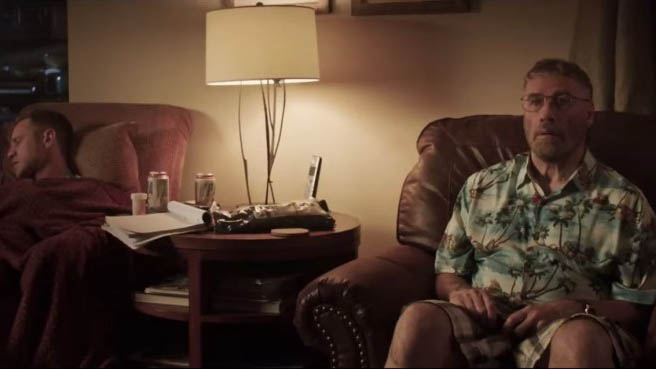 While it is clearly an experimental role for Travolta, the abysmal box office openings clearly show that viewers prefer Travolta stick to what he is good at. The Fanatic was emotional, dark and dreary, but was missing the intense climax to make it an effective movie.

Inspired by true events (a real-life fan who pursued Limp Bizkit’s frontman Fred Durst), The Fanatic features Moose who is an avid celebrity autograph collector. When he is cheated out of getting an autograph from his idol, Hunter Dunbar, he makes it his mission to come in contact with him. What starts off as a playful thought, ends up being a dangerous and life-threatening undertaking.

While the role of Moose was definitely out of John Travolta’s norm, he does pull it off really well. From his appearance, mannerism to his dialogue, there are parts of the film where you forget it is even Travolta that you are watching. However, his decent acting and unique character wasn’t enough to save the entire film.

The film’s plot consists of a very basic stalker story line but was lacking any real thrills. The movie is slow moving and mainly focuses on building Moose’s character alone. The Fanatic definitely did a good job in showing the degradation of Moose’s character and makes you feel for him, but the decline was too slow and not intense enough to make it shocking.

The movie just chugs along without any twists or turns until you reach the last 13 minutes of the film where the climax is supposed to take place. Besides it just jumping right into the scene without any real progression (how did he even get into the house again?), it was insanely lacklustre and pretty boring. For a slow-burn thriller, you would at least hope to be left with a “bang”.

Lastly, The Fanatic’s plot line was riddled with holes and unanswered questions. For example, the narrator and Moose’s only friend is featured throughout the movie but we were given no insights into how the two were connected. Also, there was a dead body that was left in the backyard and was completely forgotten about until the very end. These holes just made the whole movie feel even more unbelievable.

Overall, John Travolta did an exceptional job at a pretty unique role but unfortunately it was not enough to keep The Fanatic alive. Without any real thrills or psychological twists, the movie just felt like an overdone stalker tale. If you are looking for a good dreary, psychological film, go see Joker instead.
John Travolta Movie reviews Movies Thriller