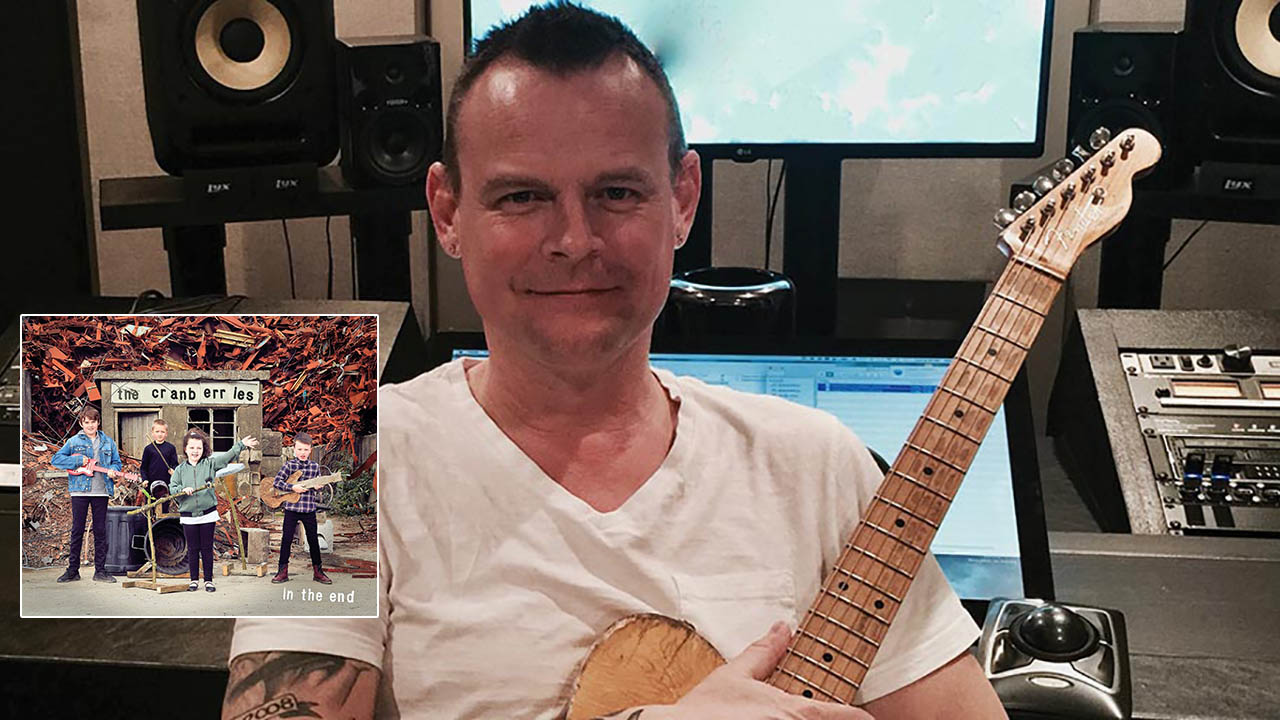 Dan Brodbeck, Fanshawe’s music industry arts (MIA) program coordinator, has received a Grammy nomination for his work on The Cranberries’ final album, In The End.

The album has also been nominated for Best Rock Album, but it’s a bittersweet experience for Brodbeck as the posthumous collection of songs was released following the death of frontwoman Dolores O’Riordan in 2018.

Brodbeck reflected on his strong working relationship and friendship with O’Riordan that began in 2003. He was initially referred to her due to his knowledge in current music technology, and brought on to assist in programming electronic instrumentation.

“She happened to be in Toronto,” Brodbeck recalled. “So, they phoned me [and] asked me if I knew these pieces of software. I said ‘yes’, then I drove to her house in Buckhorn Ontario, which is her holiday home, and met and hung out. We didn’t really talk about music much, that’s not really what it was about to her.”

O’Riordan assumed Brodbeck already had the necessary skills due to his referral and was more concerned with whether they’d work well together.

“Because the skill set is meaningless if you don’t get along,” Brodbeck said.

Their first day of working together went extremely well and O’Riordan mentioned that she wanted to record drums on a song, asking if Brodbeck knew any engineers to do so.

“I said, ‘well, I’m an engineer, it’s actually one of the things I do,’” Brodbeck said. He subsequently was brought on to track drums for the project as well.

Things continued in this fashion, with Brodbeck quickly offering his talents across the board in their musical collaborations. He was brought on to track O’Riordan’s vocals, then the guitarist, and was eventually playing instruments such as the guitar and bass in their co-writing sessions.

“So it was a three-day gig that turned into 13 years,” Brodbeck said.

During this time, Brodbeck would fly to Dublin or O’Riordan to London to continue collaborating; an exchange speaks volumes to O’Riordan’s respect and trust in Brodbeck.

“She literally could have worked with anybody in the world, because she was famous and she’d pay well,” Brodbeck said. “She obviously knew that I had her back creatively and there was no limit. If I did a song my way, it would be that way. Instead of changing it she would just think, ‘that’s the way it’s supposed to go’.”

Brodbeck was given a lot of creative freedom during their collaborations, which shaped the way he worked with other artists as well.

“I clearly got spoiled, because to get paid as well as I did and to work with somebody that was famous and gave me that much leeway, to just do whatever I wanted...was very weird. It made me realize that’s the only way I’m going to work from now on,” Brodbeck said.

Through their collaborations together, Brodbeck worked on the music for both O’Riordan’s solo albums, as well her work with The Cranberries. Her solo album No Baggage even garnered him a Juno Award for Recording Engineer of The Year in 2010.

In addition their collaborations that got released, there were plenty of compositions and recordings that never saw the light of day.

It was this collection of recordings that laid the groundwork for In The End.

“Much like they did the previous two records, they had used a bunch of my parts. But in this case they were using more than normal because she had passed away...so the engineering credit is kind of weird, because I engineered most of that stuff five years ago, but it only came out less than a year ago,” Brodbeck said.

Although Brodbeck is only credited with engineering a few aspects of the album and co-writing one song, his involvement in many of the songs was far greater as a producer, engineer and musician.

“It’s about as accurate as you could type it to be honest, but it doesn’t really explain my involvement in the creation of the songs,” Brodbeck said. “I was involved in the creation of six of the songs on that record, including the arrangements, the chords, the whole direction of the song, everything. So, when it was taken and kind of changed a little and [they] put the band members on it, it was the way I had put those songs together.”

Once the album was finished, no one expected the Grammy nomination that would soon follow.

“It was all quite a surprise to everybody, including myself, obviously, because I did a lot of that work five years ago... [I] thought it was a very cool record and a real memento to her fans. It was a final ‘say goodbye to Dolores’ kind of thing,” Brodbeck said. “[But] that was pretty much the end of it to me, I didn’t think that it would garner a [Grammy] nomination. It’s an amazing accomplishment to be on a record that’s nominated for Rock Album of The Year, but then she’s not here to see it,” Brodbeck said, acknowledging once again, the bitter-sweetness of it all.

Although it’s an equally exciting and difficult time for the family, friends and fans of O’Riordan, it’s hard to think of a more fitting way to honour the life and legacy she left on the music industry.
Awards Dan Brodbeck Grammy's Music Music Industry Arts

Canadians: We're not as nice as we think we are