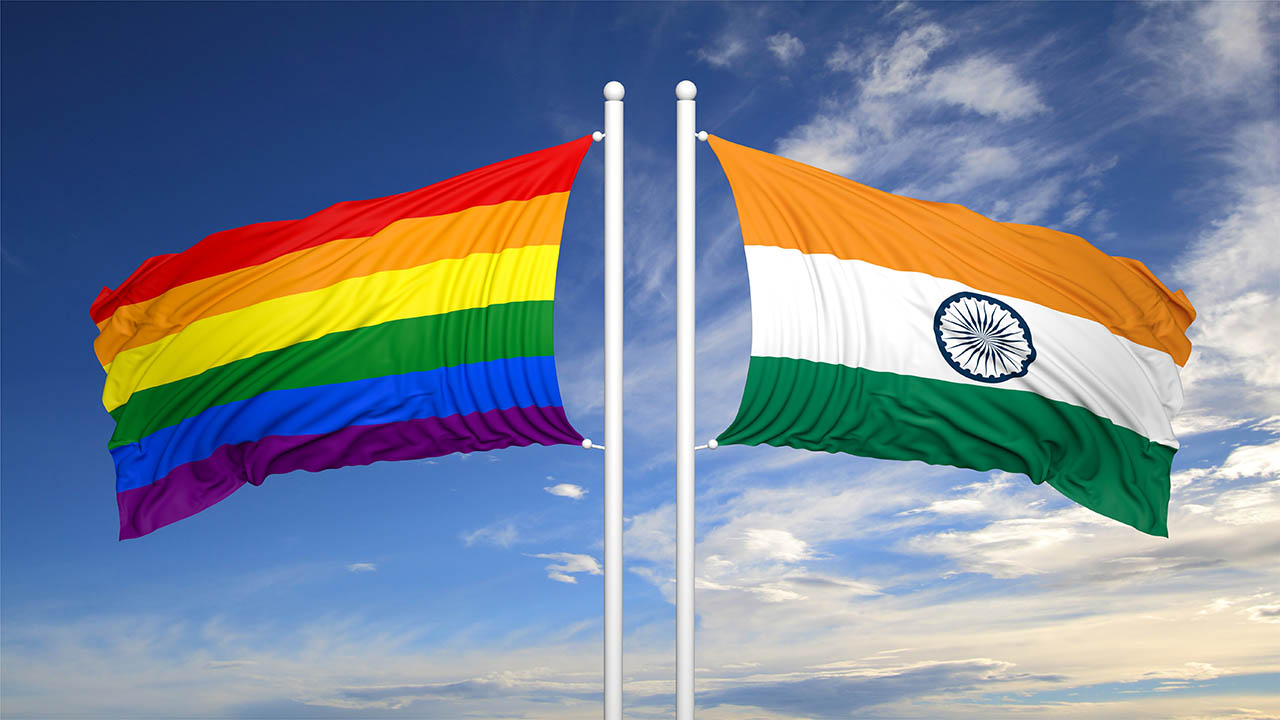 CREDIT: ISTOCK (GEORGE TSARTSIANIDIS)
Opinion: Ideally no one should "come out" as gay, but instead declare their orientation without fear of being seen as different from everyone else.

When I was growing up, I would often go to YouTube to search for “Indian gay” or “gays in India” — and after failing to find anything supportive or positive about the gay community, I would convince myself that yes, I am straight.

Perhaps I am bisexual — was the extent to which I would go — but certainly not gay, because I am not girlish, effeminate or someone who would cross-dress to dance in pride parades.

This was my weekly exercise in school, beginning when I was in the eighth standard (eighth grade). I would profess my love to every girl who would be friendly enough to chat with me after 10 p.m., believing that this was special and that she was into me.

Most of the times, the girls said no but two of them did say yes, only to have a relationship with a closeted homophobic gay guy. So, I would ask a girl out and call her my girlfriend — not because I loved her or liked her or I found her hot, but because all my friends had girlfriends. For me, having a girlfriend was a sign of normalcy in the life of a Mumbai teenager.

How TV played into my sexuality

I understood that I was different when I was in the fourth standard; the very first cause of my sexual awakening being Ali Zafar’s song “Sun re sajaniya”. I would spend entire evenings watching MTV or ETC music channel and whenever this song would play, I would concentrate only on Ali Zafar. Back then, however, I didn’t know that I was gay, I just enjoyed looking at Ali Zafar.

I knew what ‘being gay’ meant, at the time, because of Madhur Bhandarkar’s movie Page 3 — but the concept was still rare. It was something that could only be seen in movies.

Then, a few years later, Indian television started airing these SET WET deodorant and hair gel ads, featuring hot men, styling their hair or applying deodorants. I tried my best to ignore how I felt about them, but eventually gave in and accepted the fact that I enjoy looking at good-looking good looking men.

Accepting this wasn’t easy. I started hating myself. I still hadn’t even thought of being gay or bisexual. I just knew that I was one weird kid who secretly enjoys watching good looking men.

After I shifted to Mumbai in the sixth standard (sixth grade) and understood a little more about different kinds of sexuality, I started wondering about mine.

I was excited when the movie Dostana came out, but I was disappointed when I saw it because John and Abhishek weren’t gay in the movie — only pretending to be. Also, the people who were gay in the movie were living up to all the stereotypes people believe about gay people, and that caused a lot of resentment in me.

Hoping I was bisexual instead of gay

When I learned about bisexuality, I immediately assumed that I was bisexual. I could no longer lie to myself and had to assume some sort of identity for myself. However, I still wasn’t okay with it.

Whenever I would see a hot guy, I would experience two emotions — sexual attraction, and guilt because of that attraction. I would curse myself and wonder why I never felt those emotions for girls since I’d convinced myself I was bisexual.

Once, I wrote an email to a popular sexpert expressing my disgust with my sexuality and pleading with him to help me with it. He responded, saying “It’s possible to change your sexual orientation by dating women and focusing more on them”.

Even in school, my teachers, especially our school guidance counsellor, would talk about opposite sex love only. They would say that it was okay to like someone of the opposite sex, and that it was natural — and every time I heard this, I would feel ashamed and guilty.

How I battled my own homophobia

I wasn’t lying to myself, but just hiding my identity. I didn’t want people — especially my family — to identify me as gay or bisexual. I didn’t realize then, that in a few months, I would be coming out to my family.

What happened is that, for the first time in life, I fell in love with someone. Every time he was around, I would behave differently. I soon became very protective about him and started defending him at any cost. This made my family suspicious, and I decided to come out to them.

The decision changed my life.

My family was very very supportive. They not only understood me, but also helped me to come to terms with my sexual orientation. I soon accepted that I am not bisexual but gay.

Coming out in college

After my 12th board exams (12th grade exams), I had a lot of time on my hands and I discovered two things that changed my beliefs about my orientation. I started watching two American TV shows called Glee and Modern Family — both of which had gay characters who I could relate to.

Then, one day, I came across this dating app called Grindr. It’s a dating app for gay and bisexual men, and through it, I found a lot of men who were gay without representing any stereotypical traits of Bollywood gay characters.

This gave me a lot of confidence. I started talking more about LGBT rights; when I went to college, I started talking about gay rights and famous gay men. I came out to a few friends and their support encouraged my move into activism.

I organized an event in the second year of college to raise awareness about gay rights, and after the event everyone started talking about me in college. They would ask me why I was so interested in gay rights, and in order to put an end to all such questions, I organized a big event in my third year called Campus Pride to celebrate gay pride.

The college walls were decorated with images of famous gay people; I called Harish Iyer, Deepak Kashyap and Ankit Bhuptani [Indian LGBT activists] to talk about sexuality. While they were addressing the attendees, I mustered up the courage to go on stage and come out to the whole college as a proud gay guy. Soon, I founded a college committee with my friends to raise awareness about LGBT rights.

Now, three months after graduating, when I go for job interviews, I very proudly tell the interviewer that I am gay, and that it’s the best thing about me. I wouldn’t change it for a million dollars.

My room is filled with pictures of famous gay celebrities. My aim in life is to make sure the lives of gay individuals are as normal and routine as that of straight people. No gay teenager should have to “come out” as gay — he should only have to declare the fact, like any other truth of life.

Uday Kakkar is a 21-year-old LGBT rights activist and Fanshawe College student. He aims to create a society that is equal and inclusive.
Editorial opinions or comments expressed in this online edition of Interrobang newspaper reflect the views of the writer and are not those of the Interrobang or the Fanshawe Student Union. The Interrobang is published weekly by the Fanshawe Student Union at 1001 Fanshawe College Blvd., P.O. Box 7005, London, Ontario, N5Y 5R6 and distributed through the Fanshawe College community. Letters to the editor are welcome. All letters are subject to editing and should be emailed. All letters must be accompanied by contact information. Letters can also be submitted online by clicking here.
Coming out India Sexuality