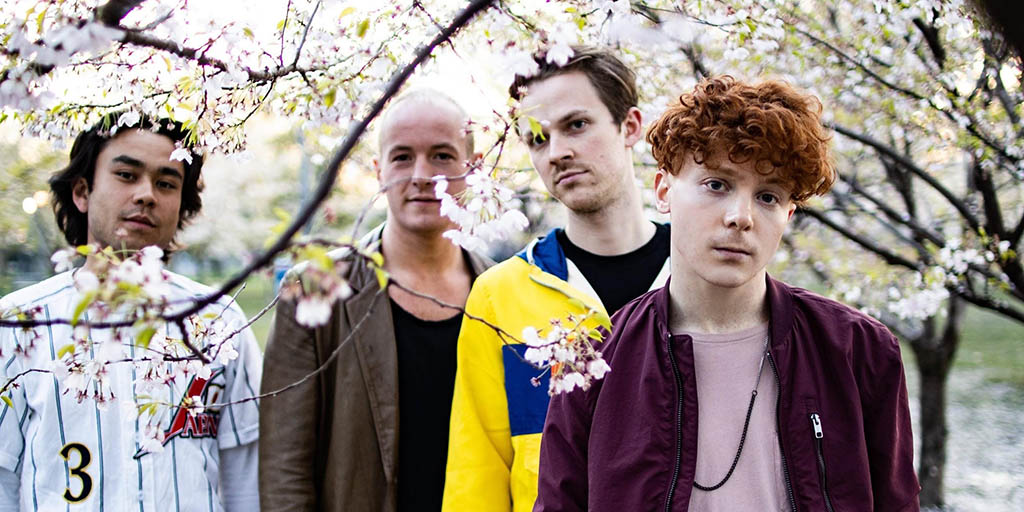 Birds of Bellwoods join the cast of Rock the Rink on their North American tour.


Get ready for sensory overload—Rock the Rink is coming to Budweiser Gardens this Wednesday Oct. 30. The Rock the Rink tour will stretch across Canada, along with a select few U.S. stops. The show will feature some of the biggest names in Canadian figure skating including Tessa Virtue and Scott Moir, Patrick Chan, Kaetlyn Osmond, and Elvis Stojko. It will also include international stars like American Jeremy Abbot, Italian Carolina Kostner, and Ukrainian couple Tatiana Volozhar and Maxim Trankov.

The show will also feature Toronto alt-rockers, Birds of Bellwoods as its special musical guest. With so many home grown talents, Rock the Rink promises to be an evening full of Canadian pride, passion, and attitude.

Birds of Bellwoods’ guitarist Adrian Morningstar, said audience members can also expect to see something they’ve probably never seen before: a rock band opening for a figure skating show. Music and ice dance obviously go hand-in-hand, but what is it about Birds of Bellwoods that makes them such a pivotal piece of this tour? Morningstar said their diverse group of fans and broad musical spectrum might play a part.

“We are able to drive an audience to something new, and open their eyes to something they wouldn’t have known before,” he said.

He said he feels lucky to be a part of a show that opens audiences up to live music, and that features some of the best athletes in the sport of ice dance.

“I’m very privileged to share the ice with such talent, and be welcomed into that community so thoroughly. It’s been a real treat.”

Morningstar said that meeting the athletes has been a learning experience for him and his bandmates, and found that the journey to ice dance champions isn’t so different from the journey to Canadian rock gurus.

“It takes a lot of dedication, discipline, drive, and desire to be able to pursue something so creative, artistic and athletic.”

Morningstar learned a lot about the work that goes into competitive skating from performer, Jeremy Abbot, and noted that the pressure put on figure skaters is what sets them apart compared to the journey he took with Birds of Bellwoods.

“It’s such a cut-through industry, whereas for us, it came a bit more slowly,” he said. “We were able to take our time. It’s totally different from starting skating when you’re two, to competing by the time you’re fourteen.”

For audiences looking to experience the joy of Canadian talent, Morningstar said this show has the power to really connect Canadians with its performers.

“They’re seeing these athletes, and us, a Canadian band. They’re able to live in the same moment as these people. That is a connection that not everyone gets. For us, it’s really neat to visit these towns and connect with these people who either don’t know us and now will know us, or do already know us and now we have that deep connection with.”

While music and skating work in tandem in Rock the Rink, Morningstar said, despite being a rock band, he doesn’t feel like what they do gets in the way of the talent in the ice.

So whether you’re into rock music, ice dance, or both, Rock the Rink has got you covered.