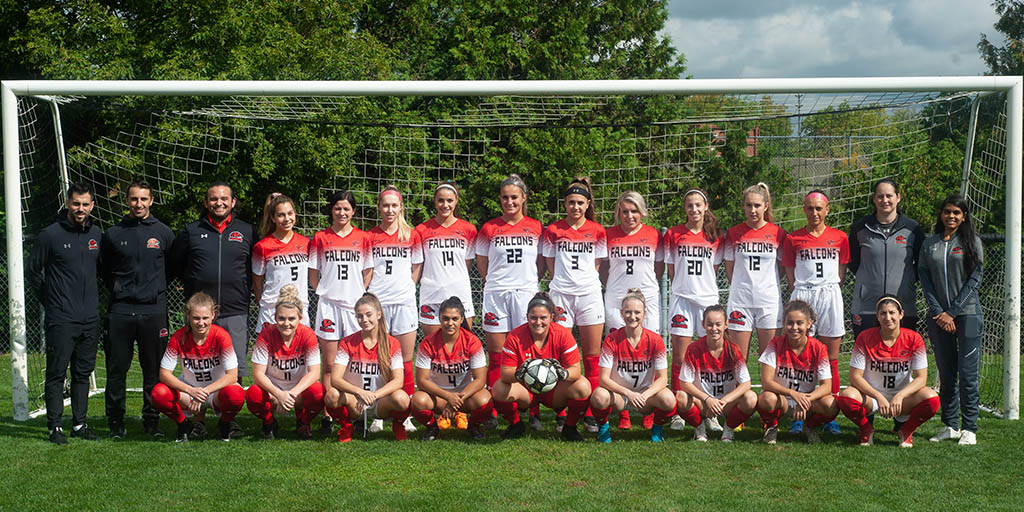 The Fanshawe Falcons women's soccer team clinched the top spot in the nation for the first time in the team's history.

Fanshawe Athletics announced on Oct. 2 that Kovacevic became the September 2019 Supplement- Source.ca Fanshawe Female Student- Athlete of the Month and listed her earlier accomplishments. She also earned the OCAA Star of the Week for the week of Sept. 24.

The striker broke the OCAA women’s soccer record for most career goals when the Falcons won 5-0 over the Mohawk Mountaineers and she had career 84 goals under her belt during the Sept. 21 match. 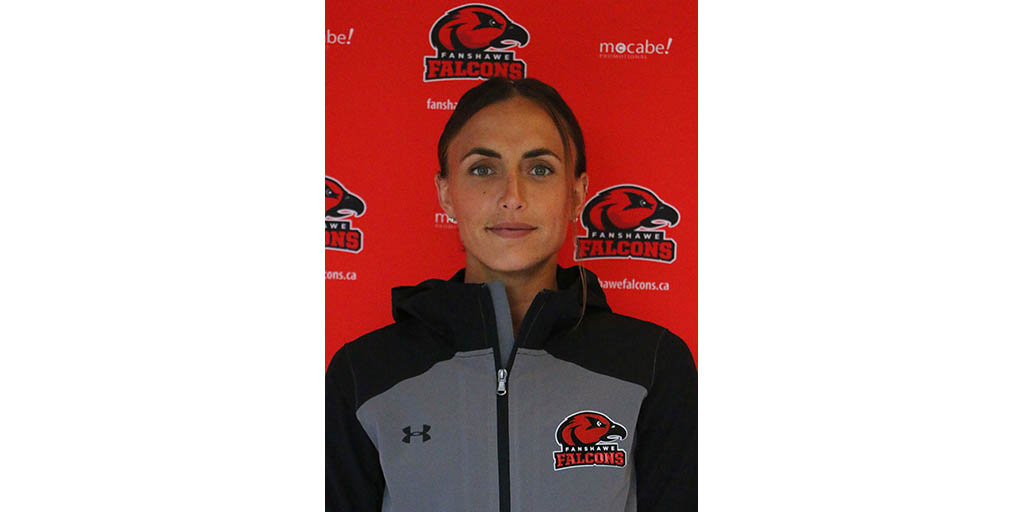 Jade Kovacevic, striker for the Fanshawe Falcons women’s soccer team, was happy to talk about the team accomplishments as well as her own, and as the Falcons aim for a gold medal win in the Canadian Collegiate Athletic Association (CCAA). PHOTO CREDIT: FANSHAWE ATHLETICS

“I’m kind of – I’m at a loss for words,” Kovacevic said. “I mean, being honoured with these awards is huge for me because they’re accolades that I can take with me as soon as I graduate and it kind of goes to show the strength of our program here.”

Her accomplishments are a reflection of a victorious season for the women’s soccer team. Fanshawe Athletics announced on Oct. 8 that the Falcons’ women’s soccer team earned the top spot in the Canadian Collegiate Athletic Association (CCAA) for the first time in the team’s history.

Since then, the Falcons secured two more winning games to add to their undefeated streak. The Falcons won 4-2 over the St. Clair Saints on Oct. 10 and earned another victory 5-0 over the Conestoga Condors on Oct. 15. A Fanshawe Athletics press release from Oct. 15 said the Falcons have 23 games in their unbeaten streak and the top spot in the OCAA West Division after their win over the Condors.

Kovacevic was also happy to talk about her team’s undefeated streak during the Oct. 8 interview with Interrobang, hours before news broke that the Falcons women’s soccer team reached the top national spot.

“I’m feeling very honoured and very lucky to be part of a group that cares as much as we do and has potential to make more history later this season.”

Kovacevic spoke highly of her teammates, including goalkeeper Breanne Carreiro (business-human resources) who has the lowest number of goals against in the OCAA West Division, as confirmed by Nicole Carriere, sports information officer for Fanshawe Athletics. She praised captain Chelsea Zavitz (project management) for her leadership and dedication to the team.

“When you take a talented player like that and she expects nothing in return other than you to put your head down and work with her, it creates a vibe amongst every individual that it’s about the big picture,” she said of Zavitz. “When you work with players like that – I can’t even call it work, it’s more like an honour to be a part of the team.”

She also said she and other returning players like Zavitz, Daniella Strano (general arts and science), Natasha Agbaba (business- human resources) and Amber-Lea Hodgins (office administration), along with Falcons rookie and Western Mustangs alumna Angelika Mihalopulos (general arts and science), are all returning student athletes for the same goal.

“We have an image in our minds of having a National medal around our necks and it not being a bronze this year, but it being a gold,” she said. “Whether or not we achieve that, I strongly believe that [with] the mentality in this group this year, that’s what we are striving for and it starts at training here.”