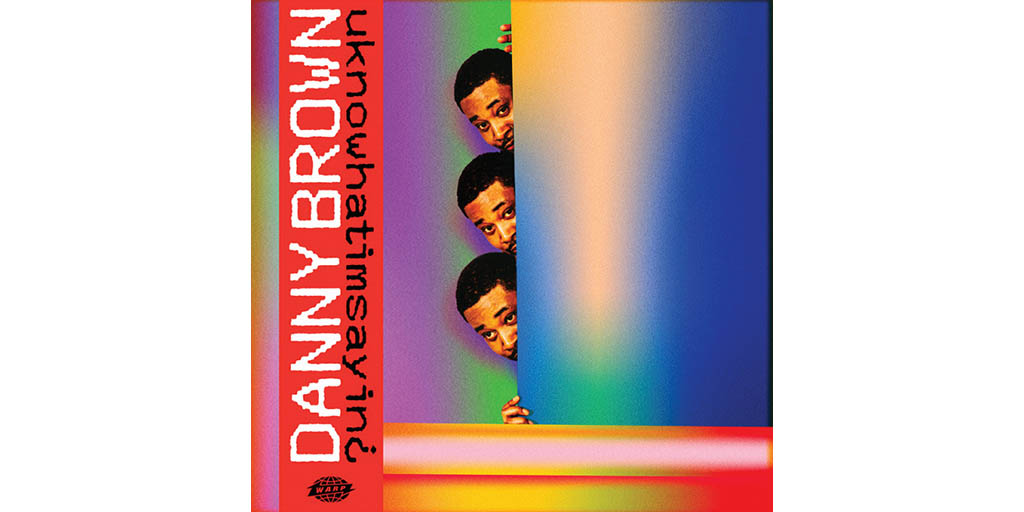 CREDIT: WARP RECORDS
uknowhatimsayin¿ by Danny Brown is one of the strangest albums to drop this year.

Executive producer Q-Tip headed this project’s production with a little help from JPEGMAFIA and Paul White. Q-Tip brings a hiphop classicist ear to Brown’s project, having previously worked with the likes of A Tribe Called Quest, N.E.R.D. as well as De La Soul.

Brown is a Detroit rapper that blew up in the early 2010’s with his off-the-wall style, hyena-like voice and shocking subject matter. This review will focus on three tracks of his latest album that instantly stood out from the others due to their production, lyrical content and delivery of the lyrics. These tracks will be examined briefly in order to illustrate the general feel of this album in addition to shedding some light onto the lyrical direction that Brown has taken – or lack of lyrical direction.

People are going to receive this album differently due to the disjointed and confusing nature of it. There is no overarching story to the album, nor is there a specific sound being produced. This is Brown spitting his mind onto the tracks that have been produced specifically for him. However disjointed, this album is still Danny Brown from beginning to end.

The first track on the album drops the listener right into Brown’s mind as he addresses insecurities, career aspirations as well as his mental state. This track signals the theme of the album: change. Brown is not one to be stuck in a rut, especially when it comes to music.

The production on this track is very reminiscent of Pharrell with some plucky guitar strings driving the beat while synths change up the flow of the song along with Danny’s flow. This is a simple track that sets the stage for the eclectic array of beats soon to come.

Released as a single prior to the album, “Dirty Laundry” is bubbly, rich with synth and is driven by an infectious drum sequence. This is the type of effervescent beat that Brown’s flow thrives on. Visually, Brown’s flow on this track could be described as a snake coiling around the very quarter-notes his cadence is crushing.

Lyrically, Brown hearkens back to his days before The Hybrid dropped in 2010. To further set the track’s setting, Brown humorously references Digital Underground’s “Humpty Dance” by saying, “we did the humpty-hump in a Burger King bathroom”.

Brown’s penchant for shock-rap shines through on this track’s lyrics. While the title suggests that Brown may be airing some of his own dirty laundry, he really airs someone else’s. The shock-rap comes through here as Brown buries his subject under a pile of dirty laundry.

Brown instantly goes off the rip with a blizzard of triplets. This track is a great example of Brown’s ability as an MC. Humour, braggadocio, sexual rhymes and legitimate poetic ability demand attention from the listener up until Brown chucks the mic on over to JPEGMAFIA for the hook.

JPEGMAFIA takes away from what would have been a near perfect Brown-rap track. His shaky singing, loose metaphors and weak structure take away from Brown’s ability to steamroll a beat. However, the production on this track makes up for JPEGMAFIA’s drawbacks. A funky bassline plucks away while Brown dances around hi-hats and toms. This track builds tension with the production very well alongside Brown’s flow which seems to be rapidly reaching a boiling point. Unfortunately, every time that boiling point it reached, JPEGMAFIA cools it down.

This is the first project where Brown has been fully able to focus on the lyrics, leaving Q-Tip to cook up the beats. This resulted in each track feeling like a separate thought coming out of the Detroit rapper’s head, giving some form of unity to the album.