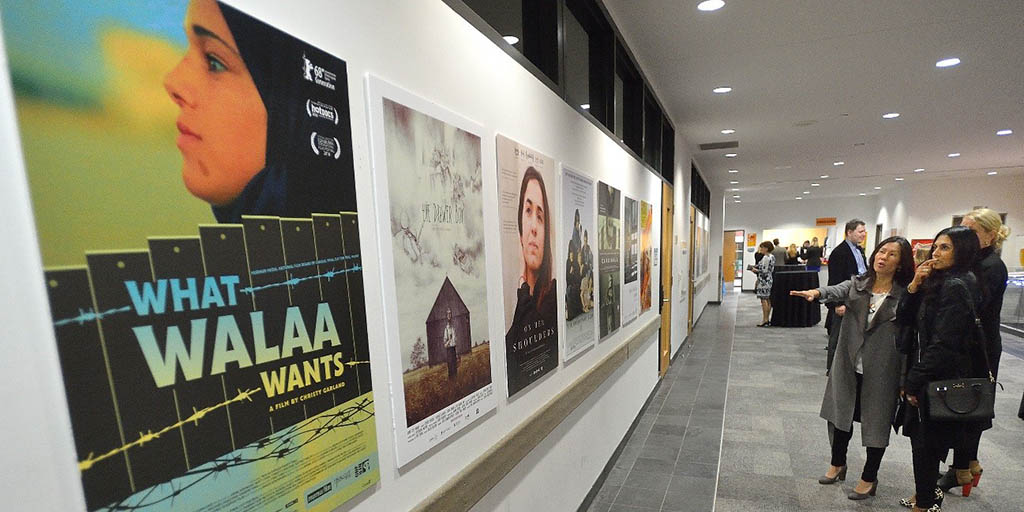 It will feature over 60 films, a Youth Film Festival, Industry Sessions featuring Q&As with filmmakers, all closing out with an Awards Celebration to highlight the best films of the festival. Venues for the festival include Wolf Performance Hall, Fanshawe Good Foundation Theatre, Imagine Cinemas, and Museum London, with all Industry Sessions taking place at Lawson Room in Central Library. The aim of this festival is to highlight the talents of filmmakers from the region.

“All of the films that we show have a certain criteria,” said executive director, Dorothy Downs.

“That is that they are connected to the region of Southwestern Ontario.” That connection can come through any key creative team member, varying from directors to sound designers, so long as “Southwestern Ontario is stamped into their DNA”.

Fanshawe students can look out for notable alumnus, Craig Mann, who worked as a sound designer on one of the FCFF’s feature films, Official Secrets. Mann also won an Academy Award for his work on Whiplash (2014). Connections like these, as well as the undeniable backdrop of Southwestern Ontario in many of the films, will surely be of interest for Fanshawe students and Londoners alike.

Aside from the film-watching experience, attendees of the FCFF can also enjoy various Industry Sessions that offer learning opportunities directly from filmmakers and industry experts. Sessions range from topics such as how to score a film, to panels on diversity and inclusion. Each event features working professionals sharing real stories and insights based on their own experiences in the film industry. For Fanshawe students, the sessions offer prime learning and networking opportunities to further their careers in filmmaking and film industry arts.

“There’s a real industry vibe at this festival,” said Downs. “You rub elbows. You don’t know if the person you’re sitting beside is an industry person or somebody who’s participated in one of the films.”

Audience members also get the opportunity to vote on the Old Oak Audience Choice Award, allowing for a truly involved audience experience. Aspiring filmmakers can also submit their works to Pitch- Fest, where they can pitch their idea for a film to a panel of experts for the chance to over $10,000 in prizes.

New this year is the Forest City 48, an improv-based event taking place one week before the FCFF on Oct. 18. Given just 48 hours, filmmakers must write, shoot, and edit a short film featuring specific provided prompts before the end of the weekend. One winning film gets to have their work screened at the FCFF.

Perhaps the biggest addition to this year’s lineup is the Youth Film Festival. Submissions were open only to high school students in Southwestern Ontario, and will now be screened as part of the FCFF on Oct. 23 at the Wolf Performance Hall. The event will award nearly $4,000 worth of prize money to young filmmakers.

Dorothy Downs said there is simply nothing else like this in Southwestern Ontario.

“I noticed that there are film festivals for Toronto kids,” she said. “And I thought to myself, ‘that’s not fair’. So I made one specifically for Southwestern Ontario kids.”

For Fanshawe students and Southwestern Ontarians alike, the Forest City Film Festival offers the unique opportunity to see their lives reflected back at them through the medium of film. Whether it be seeing the city of London featured in a film or knowing that someone from the region worked on making a film happen, festival-goers are sure to catch a glimpse of home in the selections this year.