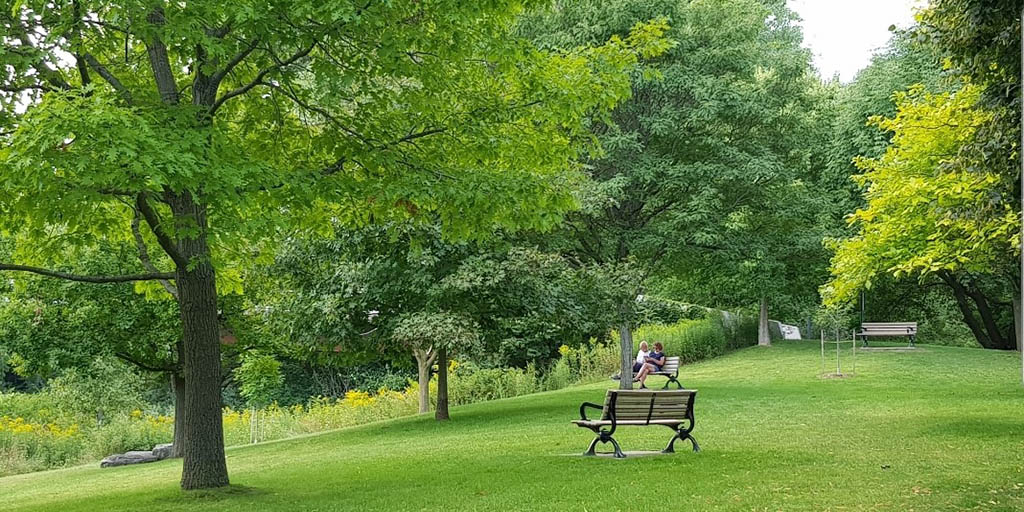 Credit: DONNA PHILIP
Spending time in nature is a great way to relax, alleviate stress and improve your overall mood.

The streets of London, Ont. and around the world came alive this week, as the voices of climate change protesters rang out in fervour. Armed with colourful signs and a fiery desire to save the planet, they demanded policy change to eliminate the use of fossil fuels.

In October last year, the United Nations (UN)-backed Intergovernmental Panel on Climate Change advised that the “output of greenhouse gases must be slashed over the next 12 years to stabilize the climate”. Millions of demonstrators, however, are now warning of the unprecedented danger being posed by consistent global warming. The marches were largely triggered by 16-yearold Swedish activist Greta Thunberg, who has implored world leaders “to act now”.

According to the Financial Times of Feb. 22, Thunberg revealed she suffered from depression over the state of the planet at just 11-years-old.

“The world was so wrong…I stopped eating, I stopped talking and I stopped going to school,” she is quoted as saying. Her recovery began when she became an activist for environmental change.

A misconception has long existed that only the sick and elderly are affected by mental health. The alarming truth however, is that it affects everyone. According to the Mental Health Commission of Canada, 75 per cent of firsttime mental health diagnoses occur between the ages of 16 to 25. That’s a startling figure considering many of those affected are high school and college students who are struggling with heavy course workloads, peer pressure, loneliness, financial issues, relationships, unemployment and substance abuse.

Some may argue ‘well that’s their problem, we’re all trying to cope’. Unfortunately, mental health problems do not restrict themselves to the sufferer. Their roots reach out and anchor to the very heart of society.

In its 2019 Pre-Budget Submission to the House of Commons Standing Committee on Finance, Mental Health Research Canada (MHRC) estimated that a staggering $51 billion is spent every year on mental illness. They also revealed half a million employed Canadians miss work each week for mental health reasons. They’re not the only ones being affected. Along with newcomers to Canada, the MHRC lists Indigenous Peoples and the LGBTQ society as vulnerable groups among whom, mental health needs to be prioritized.

The Royal College of Psychiatrists Sustainability Summit described sustainability in mental health as “the ability to provide high value care now and in the future in the face of environmental, economic and social constraints”. It also lists promoting social and community resilience and mental well-being, eliminating wasteful activity and making use of low carbon alternatives as ways to sustainably improve mental health.

You can help by biking or carpooling, conserving water and electricity, eating organic, locally produced foods and reusing and recycling. Exams and assignments already cause enough stress and with the Canadian federal election fast approaching, many students are anxious about potential changes to immigration laws and student grants. The outcome of Oct. 21 is still anyone’s guess, but students should remain calm and exercise their democratic right to vote. You can make a difference.

Mental health is a crucial part of the World Health Organization’s (WHO) Sustainable Development Goals (SDG), listed as its third goal. Goal four address its importance to education and school attendance. It states that “quality education can promote and protect mental health through knowledge and life skills, provision of safety and meaningful activities and social networks”.

Here at Fanshawe College, Counselling and Accessibility Services are in Room F2010 and offer a range of services confidentially. The Student Wellness Centre also offers the Passport to Wellness Series that helps boost students’ personal wellness plan and can be added to their co-curricular record. The stigma attached to mental health must be eradicated.

There is nothing wrong with occasionally feeling angry, overwhelmed or unhappy. What is wrong however, is constantly feeling like that. There is absolutely no shame in asking for help. Scores of counselling service institutions are available across Canada including the Hope for Wellness Hotline: a 24/7 free, online chat counselling service available in English, French, Cree, Ojibway and Inuktitut.

Love yourself and take care of your mental health in a sustainable manner. Alleviate stress with meditation and exercise, talk to others and spend time outdoors. Elevate yourself mentally, physically and spiritually and always let your unique light shine through.
Climate Change Mental Health Sustainability

1
How to support local and sustainable businesses this holiday season
2
Focus on the moment: The power of mindfulness
3
Mental health first aid training offers support and strategies for crisis
4
Interrobang Podcast: Tom Davis
5
Adding COVID-19 to our already complicated lives

Mental Health services on and around campus