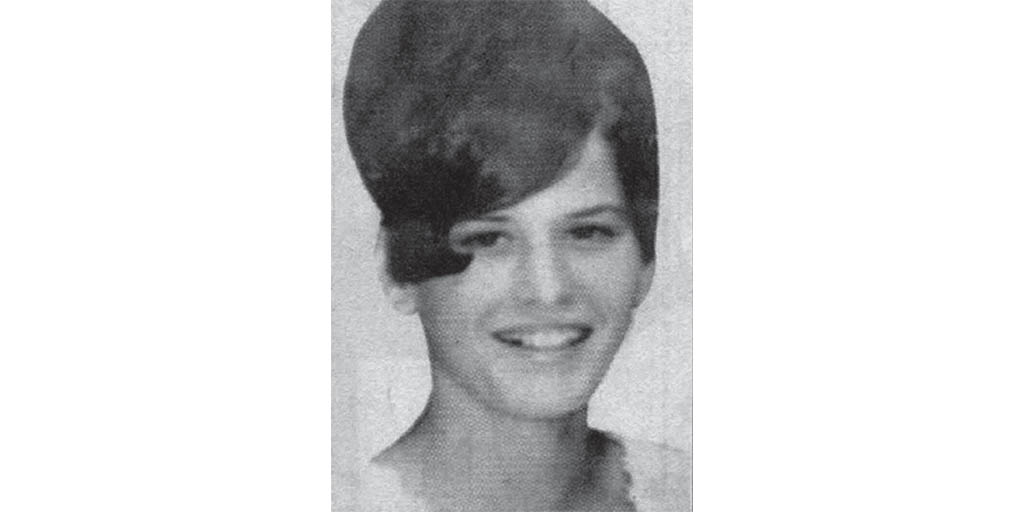 CREDIT: PROVIDED BY ANNE ENGLISH
Jackie English was only a teenager when she was murdered in 1969.

Fifty years after she was abducted and murdered, a young girl’s life continues to be commemorated with the annual Oct. 4 Walk for Jackie English.

On Oct. 4, 1969, the teenaged Jackie English left work at the Metropolitan, a discount department store and restaurant located where the Superstore Mall now stands at 4380 Wellington St. S. Instead of walking home in the cold and dark, she was last seen accepting a ride with a stranger. Her body was found five days later in Big Otter Creek, just northeast of Aylmer.

Since then, Jackie’s sister, Anne English, has retraced her sister’s final steps and refused to let her memory fade.

“My sister Jackie should be remembered by Londoners because her life and her potential were abruptly and brutally taken from her, as many other London and area children,” Anne English told Interrobang in an email. “No resolution has ever materialized, although still sought after half a century. Jackie (and other children) are a loss not only for family and friends, but the entire community. Jackie loved and Jackie was loved, and we cannot forget, ever.”

Jackie English’s murder has become one of the most notorious unsolved cases in London’s history. In the forthcoming book The Forest City Killer, local author Vanessa Brown examines the circumstances surrounding not only Jackie’s death, but several other similar unsolved murders which occurred around the same time, including those of Jacqueline Dunleavy and Soraya O’Connell, among others.

According to Brown, a large part of the reasoning behind why these murders have gone unsolved is due to a lack of forensic technology at the time, and a current absence of public resources.

“Part of the reason it’s stayed unsolved, is we don’t have a cold case squad in Ontario,” Brown said. “In Quebec there is a 30-man cold case squad and they work full time on these cases. In Ontario we don’t have that. In these cases they’re assigned to sometimes officers who are keen on a particular cold case, and sometimes are arbitrarily assigned to cases no one else will take, but they don’t have the time and resources to devote to those cases fully.”

Brown said she hoped her book, as well as participation in the Walk for Jackie English, will pressure the government to give the Ontario Provincial Police (OPP) the resources they need to solve the region’s cold cases.

She added that while London has a reputation for housing numerous serial killers throughout its history, events like the Walk for Jackie English help to humanize the victims.

“Yes we can get caught up in the horror, but the truth is when we get to know the victims and we fall in love with them as people, then what happened to them has a deeper emotional impact on us,” Brown said. “When you’re looking at a case that’s 50 years old, you really have to try and help people connect with that person. When it comes to Jackie English we need to get to know who she was and then be impacted by her death, as much as her family and friends are as close to that as we can be.”

The walk takes place on Oct. 4, with the meetup beginning at 8 p.m. outside the Superstore Mall at 4380 Wellington St. S. A memorial service begins at 9 p.m., with the walk beginning at 10 p.m.