Country Music Awards return to London for a third year 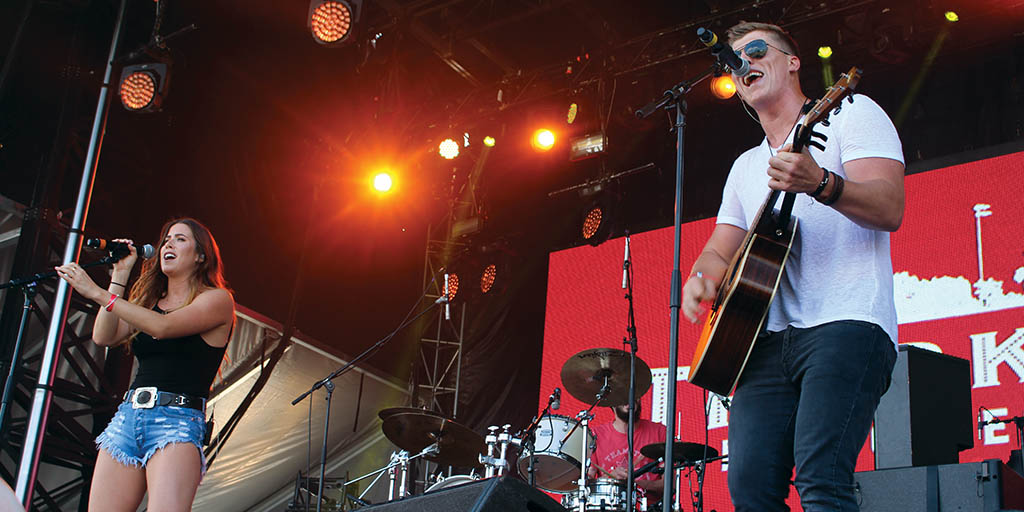 The CMAOntario (Country Music Association of Ontario) Awards will be back in London for a hat-trick from May 29 to 31, 2020.

Days of music, culture and entertainment will precede the show and continue throughout. London makes this event more than just an award show, it is an entire festival for the love and art of country music.

This will be London’s third time hosting the Country Music Awards for Ontario. The awards first came to the city in 2017, and returned again in 2018.

The full list of performers and nominees has yet to be announced, but previously artists like Tim Hicks, Meghan Patrick and The Reklaws have graced the CMAOntario stage.

London has a reputation as the music city and award shows like these are reaffirmations of the hard work the city puts in for its musicians. Tourism London has done an amazing job attracting award shows, concerts and continues to prove that London is a great host city for appropriately sized events.

Interrobang spoke to the director of culture and entertainment tourism for Tourism London, Chris Campbell, about the upcoming awards show and what that means for London as well as Fanshawe students. Chris had the following to say about London as a music city:

“London has truly embraced a music-city strategy. We are exceptional hosts when it comes to events such as this, but more importantly we have the fans and the support on many different levels for the music sector here.”

London, as a music city, is very diverse. We have a popular country scene, hence the awards show, as well as a booming punk/ do-it-yourself scene and even a burgeoning hip-hop scene. London is also a college/university town through and through, where the students attend many musical or cultural events throughout the city. London has the scene and the population to support it.

“Whenever we bring an event such as this town there are always opportunities to incorporate students, whether through volunteer opportunities or having students participate in the industry conference or attend industry networking events,” said Chris Campbell when speaking on the participation of students at events such as this.

“Many of the artists, industry leaders and media that attend and participate are also very involved at the national industry level and hosting these people in London is always a significant opportunity in itself to showcase our city,” said Chris Campbell when asked about the impact of the CMAOntario Awards on the city of London.

This award show will be a great opportunity for Londoners to get out and see some of their favourite country performers. Having a burgeoning scene of locals is definitely the heart of a city’s music scene, however, a large awards show can be seen as an adrenaline shot for the culture.