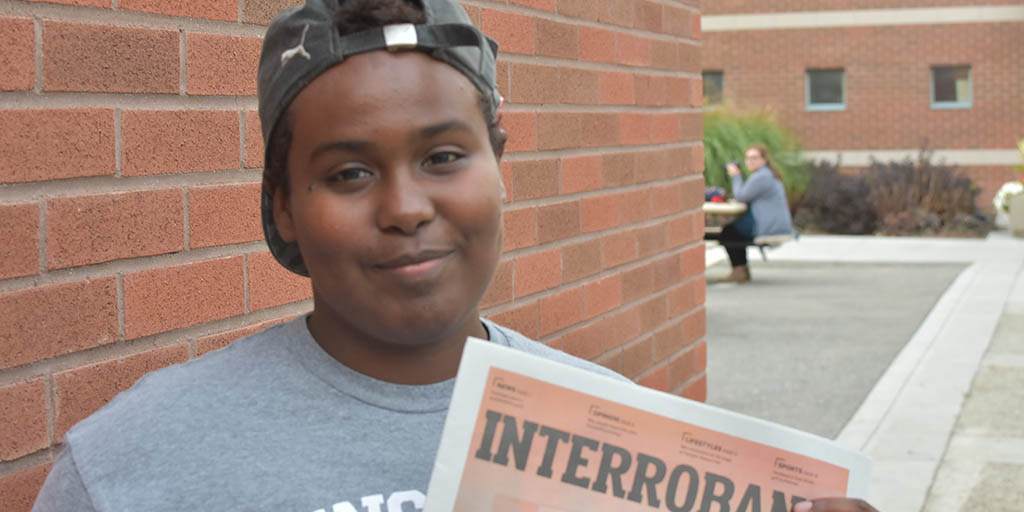 CREDIT: JASON MACDONALD
Fanshawe students like Blair (last name withheld) are hoping to express their opinions in the fall vote.

Oct. 21 will see Canada head to the polls for what could shape up to be a very transformative federal election. International political currents have only really just begun to have an influence here at home. So with so much at stake, what is the Fanshawe community thinking about?

Education has been a flashpoint in Ontario with little common ground being shared by contending parties. Post-secondary students at Fanshawe and across the province dealt with the majority of that burden when it came to a head in 2017, seeing the longest faculty strike in Ontario history, locking hundreds of thousands of students out of class with little reimbursement after its end.

With that in mind there are concerns among students and staff that education funding will again be a major issue. Further anxiety was caused with the recent restructuring of the Ontario Student Assistance Program (OSAP) system which many students rely upon to even attend school.

Students at Fanshawe like Blair (last name withheld), in business marketing, is hoping federal candidates will provide a solution.

“Definitely provide more student assistance…that really got ruined this year and it really affected me,” she said.

Blair said she has seen her grants cut in half by the provincial changes and is worried about further tuition increases.

She’s not the only one concerned about education cuts.

Dr. Amanda Zavitz-Gocan is a professor of sociology in the School of Language and Liberal Studies at Fanshawe.

She said she’s worried about how the College might be affected this year.

“The biggest thing that will be affecting Fanshawe this year is two things. One is money the government chooses to give or not give to education. And second, whether or not tuition is going to go up.”

Prime Minister Justin Trudeau has been subtly vocal about his party’s unhappiness with the provincial government in Toronto. In press conferences in the last few months the PM has hinted at his party wanting to take a look at what can be done to support the nation’s students at a federal level. Whether or not this will become an election promise has yet to be seen.

The Trudeau Liberals made it clear in their initial platform that they would need to recover the money spent in their first term. The plan included bringing in what the Liberals called new revenue sources which were to reduce the government deficit to match GDP, or create a balanced budget. A situation where expenditure meets the amount of revenue taken in while not dissolving the debt completely. That might mean that new spending promises from the Liberals are unlikely.

Not everyone is looking to the Liberals for leadership in 2020. Among the critics is Fanshawe student Jason Martin. He’s watched the online reports with dismay.

“I’ve seen a lot of bad stuff spoken on Trudeau’s name,” Martin said. “Based on what I’ve read on social media I probably wouldn’t vote for him.”

A trip to India which mostly backfired at home, several ethics investigations and the SNC-Lavalin scandal has brought down the “sunny ways” politician to an undecided tie in recent polls.

This year’s candidates for the London-Fanshawe riding might also present a bit of uncertainty. Longtime city councillor Michael Van Holst for the Conservative Party of Canada, the riding includes his stronghold of Ward 1. Van Holst isn’t the only one with a hat in the ring.

NDP candidate Lindsay Mathyssen will also be contending for the London-Fanshawe riding, where her mother Irene Mathyssen has held the seat as an NDP MP since 2006. If her daughter is up to the challenge Van Holst will have a tough fight ahead of him. The Liberals will field candidate Mohamed Hammoud, another political veteran of the area.

If the last election’s record turnout of youth voters meant anything, Fanshawe students will have an important role to play in the riding – even if they haven’t decided what they want yet.
Election Federal politics Liberal Party NDP Progressive Conservative Party

1
Why is first-past-the-post still a thing?
2
Canada vs. Brazil: How they choose their representatives
3
Should politicians have a life outside of their jobs?
4
No space for Indigenous voices in politics amid Truth and Reconciliation
5
How each major party would stack up as a sexual partner

How being selfish leads to healthy relationships