All about the English light novel boom 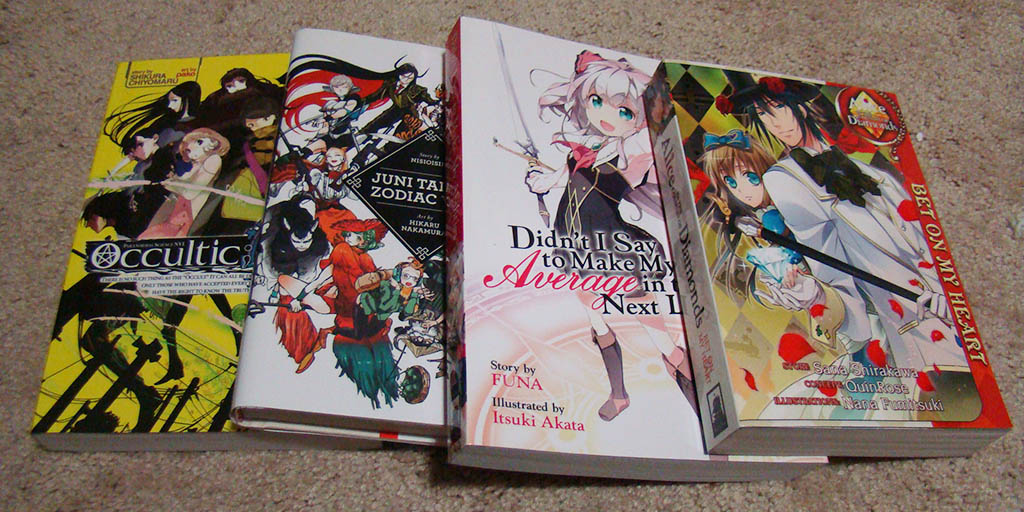 CREDIT: CYNTHIA KACZALA
Light novels are becoming more popular than ever in the English-speaking world.

What is a light novel? It’s a novel published in Japan with the word count of an American novel, about 50,000 words, but is the size of an old pocketbook. These novels also have cover art and extra illustrations found throughout. They are drawn in an anime art style and are a hit in the anime community.

About three years ago, if you talked with fellow anime fans about light novels, a fraction of those people would have also heard of and read a light novel themselves. That was how niche light novels were in the English anime community, but now that’s different today. There has been a light novel boom, where several companies now publish official English translations of several series and are well known among fans. The question is what happened to cause this boom?

Here’s a breakdown of how the industry has grown to where it is today:

In the early to mid 2000’s there was relatively one well-known company releasing light novels into English. That was Tokyo Pop, a manga publishing company. Some examples of published series were Slayers (1996), Kino’s Journey (2004), and Full Metal Panic! (2003).

According to an online article by Kim Morrissy on Anime News Network (ANN), there was a lighter boom during the time when popular anime series, such as The Melancholy of Haruhi Suzumiya (2010), were released into English. The popularity of these shows inspired some attempts at releasing their light novel version officially into English. Unfortunately, only a few of these publications were successful while others were stopped mid-production.

At the time there was an equal mix of anime based on light novels, manga, or just original productions. Due to limited advertising for the industry and the small English- speaking anime community, viewers of these shows were not as aware what the original sources were for these series.

The Precursor to the Boom

Between the years 2012 and 2014 there was a rise of anime based on light novels being made. Sword Art Online (SAO) (2012) and Log Horizon (2013) were popular series at the time due to their unusual plots, and for being longer than 13 episodes. Most light novel- based series made during these years were only 12-13 episodes and had endings that seemed ‘unfinished’, story-wise.

Thanks to the Internet’s information- spreading capabilities, it was now easier for viewers to discover the original source material. An example are anime news websites like Crunchyroll and ANN, where they reference the series’ original source material when the animation productions are publicly announced. This information helped people from English- speaking countries become aware that some anime they were watching were based on novels. The story could continue even if the anime never got a sequel.

However, the boom didn’t fully hit till J-Novel Club opened its doors in 2016. J-Novel Club is a company of that works on making official English light novel publications, some of them having no anime backing to advertise them unlike SAO. What possibly made these first series successful was there being already an English fan base for these series through fan-translations that had existed online already, such as Arifureta: From Commonplace to World’s Strongest.

Where We Stand Today

It’s now becoming more common to find anime releases based on light novels that are becoming big hits, such as That Time I Got Reincarnated as a Slime (2018) and The Rising of the Shield Hero (2019). More anime series based on novels are getting released in the near future, such as Infinite Dendrogram and Arifureta published by J-Novel Club. It seems that light novels have taken the anime world by storm and don’t seem to be stopping for a long while.
Anime Books Japan Light Novels Manga