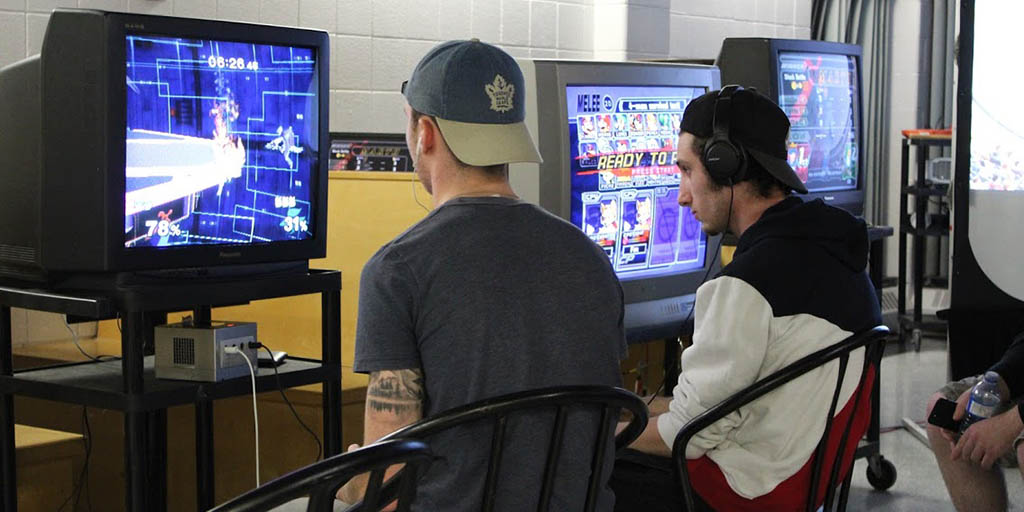 CREDIT: BROOK IDEN
The Fanshawe Ultimate eSports League (FUEL) capped off the year with its second annual finale in Forwell Hall on April 8.

The Fanshawe Ultimate eSports League (FUEL) capped off the year with its second annual finale.

Competitors gathered in Forwell Hall on the evening of April 8, where students played against each other in five different video games for a chance to win a $200 pre-paid Visa card.

“It was good to see the numbers grow,” Hetherington said. “It was great to see the relationships between the gamers. A lot of them became friends and long-time acquaintances now [that] they’ve gone through this journey together, through a long year of competitive gaming.”

Five winners walked away with the top prize.

Brandon Lemieux, 22, won the Super Smash Bros. Melee tournament for the second time. The computer systems technician student said it felt “pretty good”, although he wasn’t yet sure what he would do with the money.

In its second year, FUEL has expanded to include clubs for Overwatch, Counter-Strike Global Offensive, and League of Legends, all of which have played against other schools.

The Overwatch club has competed against National Collegiate Athletic Association (NCAA) Division 1 schools in tournaments throughout the year, doing so well that they were promoted to a higher-level league.

Radio broadcasting student and Overwatch club team captain, Joey Langdon, helped the finale run smoothly by cheering on his peers and commentating on its online livestream.

“It’s been fun to watch the best players at Fanshawe at the highest level. Last year I came in just as a player, and I was awe-inspired at the scale,” Langdon said. “Now I look at it and see how much effort and work goes into it.”

Langdon said he has high hopes for the future of eSports at Fanshawe. “Fanshawe Falcons’ eSports teams could fill the Budweiser Gardens, no question, if we just get the money behind it,” he said.

According to Hetherington, FUEL’s ultimate goal is to clinch a partnership with Fanshawe Athletics and take the sport to a “bigger level”.

He said that the student-run clubs are indicative of FUEL’s potential popularity in years to come.

“[FUEL is] run by the FSU, but it really is run by the students,” he said. “Student-run, student led, that’s our proof that there is a pull here at Fanshawe. We hope to continue to grow FUEL to a point where it can be a permanent thing.”
Esports Fanshawe Student Union FUEL On Campus Events Video games

1
LEAP Demo Day returns after nearly three-year hiatus
2
Fanshawe hosts Truth and Reconciliation Week
3
Seven games you didn’t know were made in Canada
4
The complete guide to starting or joining a club at Fanshawe
5
What separates a sport from an activity or game?