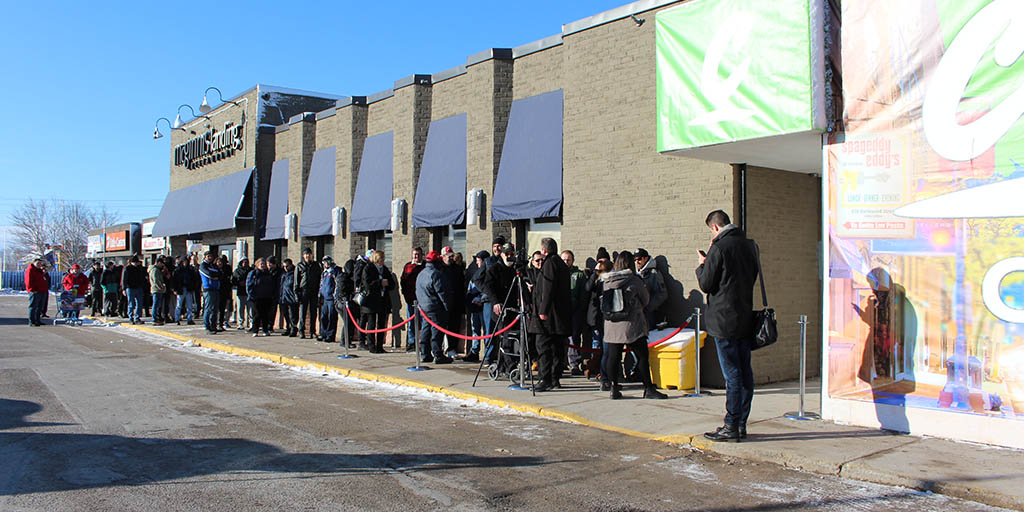 Hundreds of Londoners stood in line to enter Central Cannabis.


Central Cannabis, London’s first legal marijuana retailer, opened its doors to greet a lineup of about 200 eager customers on the morning of April 1.

First in line was Jason Geldhof, who left his Goderich home at 5:30 a.m. and waited over two hours to make his purchase.

“[It’s exciting] to buy it legally from a store without having to order it from the OCS (Ontario Cannabis Store) or from off the street from the black market,” Geldhof said, adding that he planned on returning to London as there were not yet any stores in his area.

Central Cannabis is among 25 brick-and-mortar locations in the province offering government-regulated cannabis and accessories as an alternative to the online OCS.

Retailers received their licenses via a lottery held earlier this year by the Alcohol and Gaming Commission of Ontario (AGCO), but only 10 were ready to open by the April 1 launch date. Central Cannabis, located at 666 Wonderland Rd., is the first of three opening in London.

After a 45-minute delay, the store officially opened at 9:45 a.m. with the cutting of a green ribbon by staff wearing bright green hoodies.

“[We’re feeling] a huge amount of excitement for being able to hit April 1, also a huge sense of relief that we got to this point,” said Jon Conquergood, CEO of Ontario Cannabis Holdings, a consultant group hired by owner Chris Comrie to prepare the store.

“We’ve spent a lot of time going out into the community talking to people, talking to other businesses, trying to find out what their concerns are,” Conquergood said. “We’re not some scary retailer out there that’s trying to do bad things, we’re just part of everyday life and we want to make sure that we’re part of the community.”

Central Cannabis’ windows and doors are covered in accordance with the law, and all customers must be 19 years old and over. After being ID’d by staff, customers can browse through over a hundred cannabis strains priced from $9 to $14 a gram, displayed in various smell pods.

“You can come in, you can smell it, you can see it so you know what you’re buying, without actually having to buy it,” Conquergood said.

The store also sells accessories such as bongs, vaporizers, rolling papers and grinders. The store is open seven days a week, from 9 a.m. to 11 p.m.

Entering the store after Geldhof was Bob Marr, who also goes by the name “Texas Bob”.  Marr said he was interested in buying a high-energy sativa strain.

“I think everybody should enjoy the benefits of being able to smoke pot, obviously,” Marr said. “I lived in the states for a number of years and it’s so restrictive down there except for in a few states, but we’re so progressive and liberal-minded here. They’d envy our way of life if they could come up here and stay for six months.”
Click on the thumbnails below to view a larger version of each image. 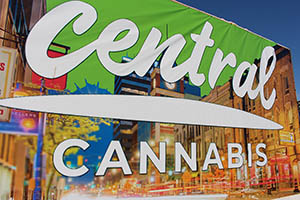 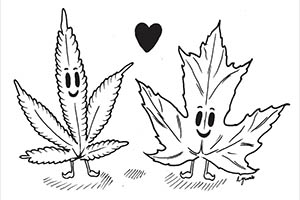