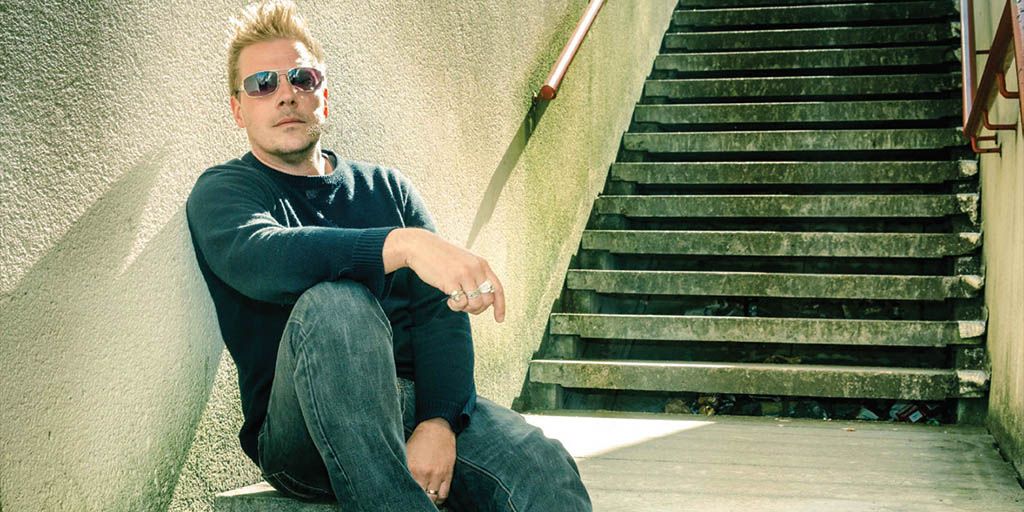 He received the award for work on his recent album Sly & Robbie meet Dubmatix – Overdubbed.

It’s not the first time Dubmatix, also known as Jesse E. King, has received notable praise for his music, having won the Reggae Recording of the Year JUNO in 2010 for his single Gonna Be Alright with Prince Blanco.

However, he was quite excited this time round, being recognized for an entire album of music for the first time.

“There was two key factors that made it really special for me. One, it was completely unexpected. The category this year was really strong [and] it really could have gone any which way,” King said. “The second part was just really being back in London...To see some people that I know and then meet some other alumni from Fanshawe and to be in London it just made it all that more special. It’s been the highlight of my career.”

One of the biggest aspects that made this project so unique for King was a strong element of collaboration. Reggae rhythm legends Sly and Robbie supplied the foundation of the tracks and Dubmatix built upon that with a slew of Canadian artists, prolific Reggae artists, close friends and even family.

“The opportunity came up that I could work with Sly and Robbie and I jumped at the chance. Basically over the course of a year [I] put together this album but one of the components is having the bass and drums from Sly and Robbie. The rest was all recorded, mixed, mastered and performed [in Canada] with the opportunity to get as many Canadian musicians that I know and respect involved as possible,” King said.

This pooling of talents and musical influences made Overdubbed a constantly evolving project.

“So, in the end it really is a cumulative album of everybody who contributed,” King said “Having that whole crew involved, it just made it feel more like a family thing and a Canadian release more than anything else.”

King looked back fondly on his time at Fanshawe, which had a memorable impact on his career. “Going there was probably the most fun two years of my life. Just being immersed in recording, music and around all the other musicians that were there at the time,” he said. “Everybody kind of went different directions but it all started there [as] sort of the emanating point.”

He went on to recall the influential encouragement that his professors had for him. “They were all extremely approachable, enthusiastic and really wanted to help everybody. They went out of their way to help you further yourself and become the best person that you could,” King said.

One teacher and class that stood out to Dubmatix in particular was former business and law teacher Terry McManus. “I love Terry, he’s a wealth of knowledge,” he said. “I have to put this on record because I’m curious to see. When I was there Terry McManus was the contracts teacher and I scored 100 per cent on the contract exam and to this day I don’t think anybody’s beat that. So, I want to see if anybody’s ever gotten 100 per cent as well.”

While speaking of current students who may be hoping to find a career of their own in the industry, King encouraged them to find something they’re passionate about and give it their all.

“I think persistence and diligence are the biggest thing...What people are always looking for is somebody who actually wants to be there and is committed to doing something. Whatever that might be,” King said. “It’s just really being consistent about it and knowing that if I keep at this, something’s going to happen. Because...if you’re passionate about something it’s never work.”

Dubmatix is certainly one to practise what he preaches, having found a number of passions in various aspects the industry. When not working on his own music, King mixes and masters music for other artists, creates loop packs for various companies and even hosts his own radio show Basement Sessions, which is syndicated worldwide.

“I’m always juggling a lot of different projects which keeps it a lot of fun. You’re always inspired by what other people are doing and it’s motivating,” King said. “The other side of it is it’s almost impossible to make a living as just say a writer [and] a musician that’s putting out CDs. So you really have to branch out and open up to as many opportunities as you can.”

With new releases of his own music as well as artists he’s working with planned for release in the near future and several other upcoming projects, Dubmatix has plenty to keep his fans excited. Those interested can stay in the loop with everything Dubmatix has coming up at Dubmatix.com.
Awards Fanshawe alumni Junos Music Industry Arts Reggae