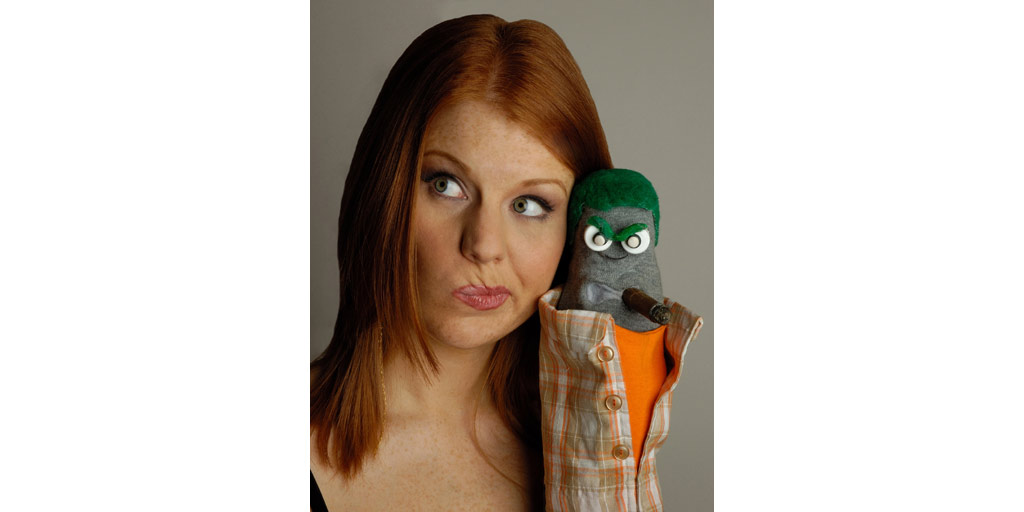 Ed the Sock, and his partner, Red, say they are waging an all out war on stupidity. They're performing in London on Feb. 16 at Rum Runners.

Ed the Sock is coming to Rum Runners on Feb. 16. The venue is the first stop on his War on Stupid Ontario tour.

“The War on Stupid is if you look around. It doesn't take a genius to see that right now we are surrounded in the media, and in our cultural forces, by stupidity,” Ed said over Skype, in full character. “Alternative news, alternative facts, SJWs [social justice warriors], snowflakes, alt-right, trolls…all over the place, there's people acting like morons. ‘Stupid', for the purpose of the War on Stupid, is not someone's intellectual capacity. It's people who are happily operating beneath their intellectual capacity, and our job is to kick them into high gear, left or right, doesn't matter. We're going to spill your Kool-Aid with some weaponized intelligence.”

His follow-up projects include the movie-riffing show This Movie Sucks!, an advice column in Faze Magazine, and helming his own YouTube channel, the FU Network (FUN). Liana has established a following as cosplayer and pop-culture essayist on her own channel, Liana K.

Ed is a household name among Canadians who grew up in the ‘90s thanks to his foul mouth and brutal honesty; traits from which he said no one on the political spectrum has ever been safe.

He said that the War on Stupid highlights how extreme political correctness challenges him as a comedian and satirist.

“We're going to use comedy to let people see the absurdity of some of the things they believe. I'm going to tell some jokes that I'm not allowed to tell anymore and explain why I can't tell them anymore,” said Ed.

“We're going to show some clips of stuff from our TV shows from a decade ago which were fine to air during the day, but now, you don't even put on the Internet because you'll get dogpiled; just to show how much the world has changed. We're going to edify and enlighten but mostly we're going to entertain.”

Ed said that while he may say a few things people might not like, the point is to speak what he believes.

“I am there to speak out, to form the words that you're not able to necessarily enunciate, and to be there to stand up for the wide middle of people who are reasonable, intelligent and want to laugh,” he said. “There's nothing funny about punching down on victims, but once you find yourself incapable of finding laughter in any situation, that's when you realize you've gone off the deep end.”

You can purchase tickets for the War on Stupid at edthesock.com.