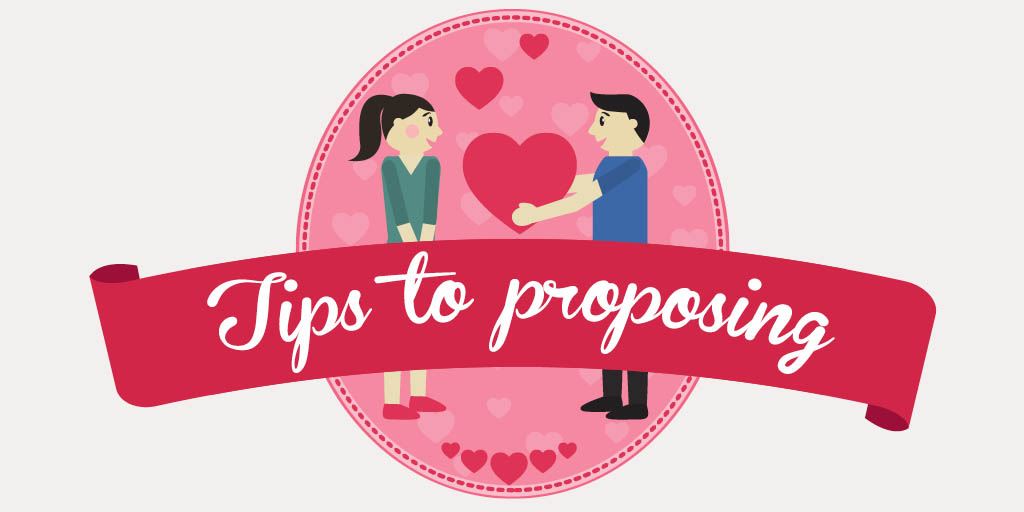 Proposing to your loved one is one of the biggest gestures you can do in your relationship so it is a given that it can come with a lot of pressure. Everyone’s relationship is unique so it is hard to say rules that you should follow for your proposal. With that being said, there are certain things you should or should not do if you are planning on popping the question.

One important thing is to talk about marriage and your life goals before you propose. If you have never discussed getting married there is no way of knowing that marriage is something that your significant other even wants. It is important to figure out what each of you want out of life because if it does not match then getting married may not be the best idea. There is a difference between being surprised during a proposal and feeling ambushed.

Another way you can make your partner feel ambushed is if you propose too early. Although there are several people who are happy with getting engaged only a couple of weeks or months into a relationship, the majority of people are not. When you first start dating someone you can be blinded from their flaws and it may take a while for you to fully know someone. In my opinion, I think it is necessary for people to experience hardships, sacrifice and life transitions with each other before deciding to get married. I understand the idea that when you know, you know, but there is no harm in waiting a while before deciding to tie the knot.

Don’t propose in front of a crowd

Another concept I find bizarre is people who propose in front of large groups of people. Some people may like this type of proposal, but I find it unnecessary. A marriage is between two people so I think that the proposal should be between those two people. There is no need to have a huge crowd watching you do something that is private and romantic. It can create a lot of pressure and I personally would not feel comfortable getting emotional in front of a crowd.

Something else you should be concerned with when you are planning to propose is the ring. First of all, make sure you have a ring when you are proposing and not doing it empty handed. Second of all, make sure you get the right ring because it will be on their hand for (hopefully) the rest of their life. Some people want to pick out their own ring and some want to leave it up to you so you should find that out when you have the discussion about marriage. If they do not want to pick out their own ring it is smart to consult a close friend or family member for some help. Even if you are an expert in jewelry and know what your significant other likes, there is no harm in consulting someone for advice or a second opinion.

Ask their parents for permission

When it comes the time to actually ask the question it is important that you are prepared and have covered all your bases. Although it is a bit old fashioned, asking the parents for their permission should still be on your checklist. Even if you are going to propose regardless of getting their permission or not, this gesture goes a long way for both the family and the person you are proposing to. Their parents will respect you more for including them in the process.

On the other end of the spectrum is waiting too long to propose. It is completely understandable that you want to wait a while for that kind of commitment, but eventually it comes to the point where it has been too long. If you have been together for a decade and have always talked about getting married then you should consider doing it. Nothing is more awkward then having people constantly asking you when you are going to get engaged after every holiday or vacation. If you do not plan on ever getting married, that is different, but if you have discussed both wanting marriage then it is a little concerning that you feel the need to wait so long.

Don’t announce it on social media too early

The last tip I have is to not post an announcement on social media right after the proposal. Take some time to celebrate just the two of you before you are bombarded with messages and phone calls. Do not focus on rushing out to get your nails done so you can post an Instagram worthy photo. It is also important that you notify close friends and family before you post to social media. You do not want an awkward text from your mother saying she saw you were engaged on Facebook before you even thought to tell her. This can make the important people in your life feel left out and does not give them a chance to celebrate with you properly. It can create a lot of pressure and I personally would not feel comfortable getting emotional in front of a crowd.

Get down on one knee

Another mandatory, but slightly old fashioned gesture is getting down on one knee. This may seem like a given, but I have seen a number of proposals where the person did not do this. Although it may feel cliché I believe that it is something that is necessary to any proposal.
Marriage Relationships Romance

Movies to watch on Valentine's Day