The idea of love at first swipe 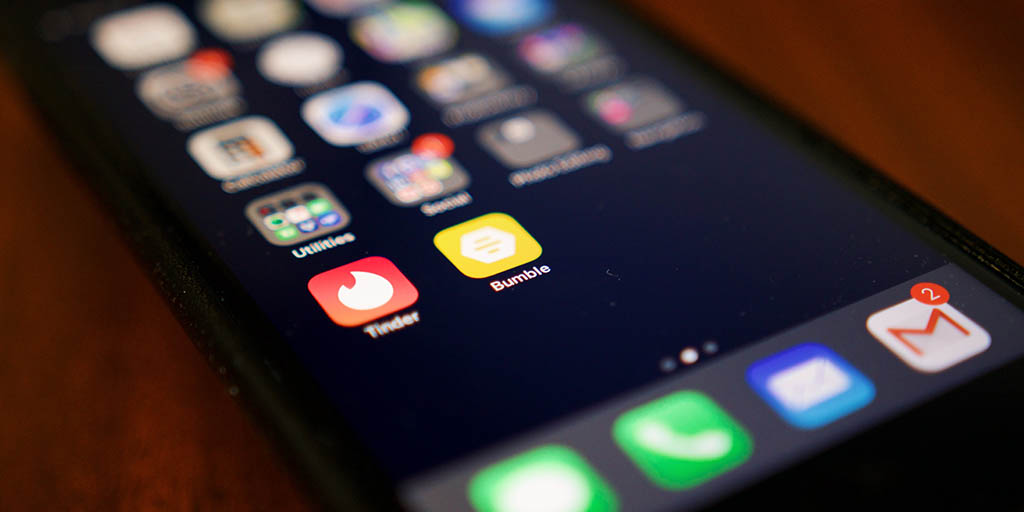 CREDIT: JORDAN CROW
Online dating may not be for everyone, but for some it might just do the trick.

When finding a new potential romantic partner is as easy as finding the newest pizza place, people are faced with so many more options.

People who have and probably would have never crossed paths are now enjoying cheap drinks at a dingy bar or a “quick coffee.” The Knot, an online wedding retailer, conducted a research in 2017 and showed that 19 per cent of married couples met online. The same report showed that almost 25 per cent of couples discussed marriage two years prior to getting engaged and a third of couples shop for an engagement ring together.

If that doesn’t scream romance, I don’t know what does.

According to eHarmony statistics, 36 per cent of Canadians (between the ages 18 to 34) have tried online dating.

A report by research agency, OpinionMatters, yields results that 53 per cent of Americans lie on their dating profile. Where in the old-fashioned days, trust and respect were the foundations of a relationship, online daters nowadays are not only lying about their jobs to seem more desirable, but also with weight and height: things that would easily be exposed on the first date.

Onur Öztekin, a Fanshawe cyber security student, laments that “people tend to exaggerate or lie about themselves to present a ‘better’ version of who they really are” and do not really present the “real”, version of themselves.

Online daters are offered the opportunity to reject and sort people by arbitrary things like photos and a bio that they ripped off some kind of Reddit thread, or a pop-culture reference (because nothing is more attractive than someone who binges on “Netflix and naps”). As someone who has never watched an episode The Office, somehow, I’ve been convinced to be invested in the future of “Pam” and “Jim”.

Interrobang went undercover to check out responses after making a match, and found the following. Though most men usually started titillating conversations with a generic variation of “hi” or “hey,” there were men out there who put effort into reading bios and responding to various tidbits we included in the limited amount of bio space. In one interaction, our journalist initiated conversation with a suitor and got an immediate response (in under one-minute), so for people waiting around for someone to make the first move, stop and re-evaluate your strategy. On Tinder, you never face rejection, you face the “unmatch” button if interactions go south or go dead. It removes the human element of rejection.

On apps such as Tinder or Bumble, users are given a certain character count for their profile descriptions. Though it makes profiles more readable (people are likely to pay more attention to a shorter profile than a lengthy one), it does sound crude to try sum up someone in “500 characters or less”. Some interesting bios offer straight up facts, whilst others include a fun little saying, or a vague description of what they are looking for. Instead of getting to know people, people are using “thin slicing” a means of using little bits of information and instinct to make rash decisions.

Suppose online daters had all of their ducks in a row and were perfectly honest in their dating profiles. The process of selecting a mate is still mostly appearance-based (on most dating sites and apps, the largest object on the profile will be a photo of the suitor), which works for the gifted few with perfectly chiseled jaws and strong Photoshop skills. This kind of selection process means that for the price of looks, compatibility can be compromised.

Amy Scott, a third-year student in the media, theory and production (MTP) program said that “the fact that [online dating] is seen more as a game than an actual dating service takes away from the seriousness of dating”.

Öztekin agrees saying that “online dating sites still carry the stigma of an arena to ‘hook up’” with other single people and that “people could be disappointed at their matched person’s intentions”.

That being said, dating apps are an avenue for meeting some new people and gives a laid-back platform for people to mingle. Öztekin met his last romantic partner on a dating app and said that “it helps break the ice if you don’t have time to socialize regularly”.
Bumble Dating Relationships Tinder