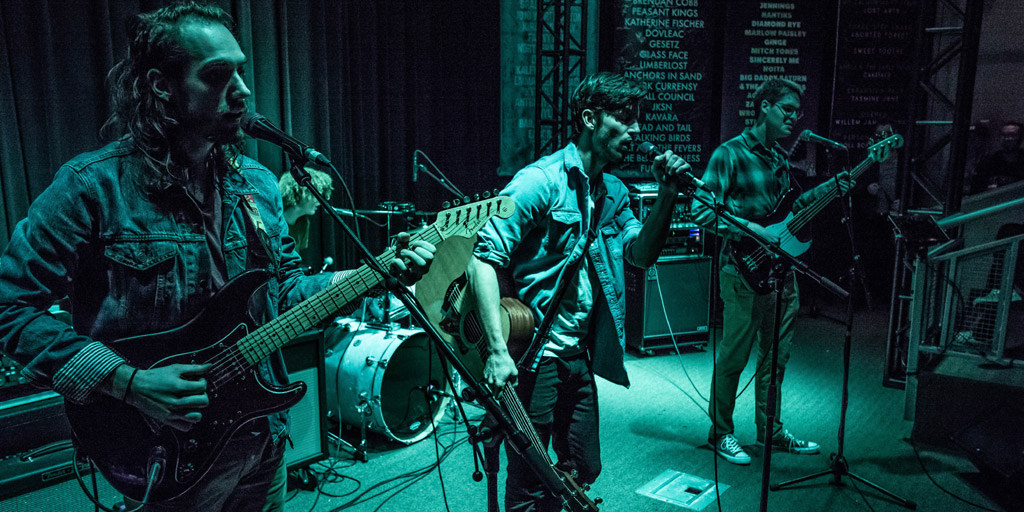 CREDIT: TAKEN BY BEN CRAWFORD-THOMPSON
Share the Land is an epic charity concert that's entirely organized by the students in the Music Industry Arts (MIA) program.

It is a busy time of year for second year students in Fanshawe’s Music Industry Arts (MIA) program as they prepare for Share the Land an annual charity concert.

Share the Land is an entirely student- run concert that started in 2012 as a way to honour the legacy of the late Jack Richardson, an impactful icon in the Canadian Music Industry and former professor at Fanshawe College.

General manager/co-ordinator of the concert, Skylar Shelly, said they’re thankful students are given the opportunity to learn about putting on a concert of this scale. “I think it gives us a very hands-on and immersive look into what goes into this kind of production. It’s a ton of collaborations that we’re going to be doing in the real world once we’re out of this program. So, it’s a huge step into reality versus school which I think is pretty awesome,” Shelly said.

One of the aspects that makes this year unique is that first year students are raising funds for the organization MusiCounts. This organization works to foster education and an appreciation of music for youth across Canada.

Students were inspired to donate to this charity due to its affiliation with The Canadian Academy of Recording Arts and Science as well as The JUNO Awards. “They’re associated with the JUNOS which are coming to London. So, it ties in to all of the stuff that’s happening for London right now in music,” Shelly said.

Shelly noted that one of the biggest challenges with their position is organizing communication between the volume of people that go into putting a show on of this size.

“Whether it’s bands or band managers or even our venue.... [there’s] lots of different levels to get in touch with and make sure everyone’s on the same page,” Shelly said, laughing that they’re “the middleman between like 50 people”.

Thankfully Shelly is not alone in this endeavour and mentioned how thankful they are to have a massive body of students working alongside them on the Share the Land creative team. This includes the stage manager Vincent Leduc, primary sound engineer Josh Wilkinson and an A&R team of several students headed by Megan Henricks and Quinn Colpman.

After all this hard work, Shelly said they can’t wait to see the fruits of their efforts in just a couple of weeks.

“I’m really excited for our viewers, our family [and] friends, whomever’s coming to see all this work we’ve put into it and kind of get blown away by how big the show actually is. I remember thinking that last year when I went,” Shelly said, telling how they had no idea how massive a production Share the Land was until attending in first year.

Those who are interested in attending what will certainly be an epic night of Fanshawe talent can buy tickets at the Fanshawe Biz Booth or online at Ticketmaster.ca for only $20. The performance will be on Feb. 6, with doors opening at 6 p.m. and music starting at 7 p.m.

1
Haviah Mighty becomes first female to win Rap Album or EP of the Year at JUNOs
2
Pharmacy and Practical Nursing students in need of volunteer patients
3
Two Fanshawe students granted a pathway to the U.K.
4
The positive effects of music on the mind and soul
5
Fanshawe student shares the joy of drag