Understanding the historic concept of women in music 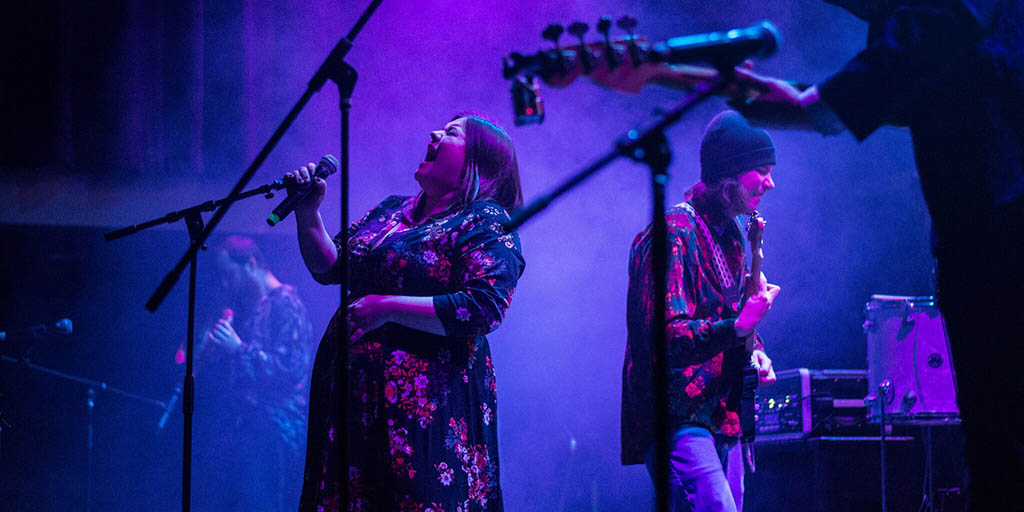 CREDIT: PROVIDED BY IMOGEN WASSE
Imogen Wasse is a talented local performer and recent graduate of Fanshawe's Music Industry Arts (MIA) program. She is just one of many females breaking into the music industry.

History: Despite recent progressions in women’s liberation, barriers are still prevalent in all industries, making it difficult for women to find success and the music industry is no exception.

Dr. Norma Coates is an associate professor at Western University jointly appointed in The Don Wright Faculty of Music and the Faculty of Information and Media Studies, who focuses on popular music and rock and roll history. Coates offered insight into the history of woman in this industry from early era rock and roll through to present day.

Initially, the liberation offered by rock and roll’s conception in the ’50s had a positive impact.

“It was the big break, and one of the reasons why rock and roll caused controversy was partially because of its cultural miscegenation,” Coates said. “It wasn’t just screaming teenage girls...Some scholars have argued that it was...a first kind of a sexual awakening [and] also a chance for girls of that period to kind of break out. At the time it was a really dynamic and very mixed musical scene, both in the US and Great Britain. You had Motown at the time, you had Stax, you had girl singers coming over from Britain, it was very gender [and] race mixing.” Coates said, telling how acts like The Beatles and The Supremes were competing in the charts.

Unfortunately, as the genreevolved, transgressions developed that saw the end of this optimistic time.

“You have the start of rock criticism, you have the movement of kind of the folk music seriousness and emphasis on things like ‘authentic feeling,” Coates said. “That combined with this criticism, started by...18 to 19 year olds writing in their dorm rooms about this music and starting to say ‘rock music should be a serious thing’ and that screaming...is an inappropriate response.”

Coates further explained how this resulted in myths that formed an untruthful vilification of girls at concerts.

“In ’67 The Beatles release this album that cannot be played on stage and people say ‘well, it’s because of all the screaming girls at the concerts. They couldn’t hear themselves so they stopped touring’... So, we start to have this discursive stuff, we start to have this separation of ‘rock & roll’ and ‘rock’. Then the music business gets involved,” Coates said.

A separation began to set in place between bubble gum bands that girls were supposed to scream for, and male heavy rock and roll groups which were seen as a serious art form. This, combined with the later population of feminized soft rock for women to listen to, further cemented a separation between what kind of music each gender could enjoy.

“Rock comes to represent a certain thing at a certain discourse and before you know, Women are just kind of gone.” Coates said. “So, somehow it just became a thing that women are not the musicians, even though there were groups...out there who were playing rock instruments and all women.”

“That changes a little bit when punk happens”, Coates said, noting that artists such as Patti Smith, Debbie Harry, Tina Weymouth all had a strong industry presence at this time.

“There was starting to be kind of models for women there [and] over in England you have interesting bands like The Raincoats and The Slits basically trying to subvert the way Rock was done,” Coates said. “Then of course things implode [and] new wave starts to take over. Then MTV happens. Image becomes important and that’s when you really have the invention of Pop...Women in Rock just kind of frittered until the ’90s. When you had Madonna, you had these strong women, but they were more pop… of course it gets turned into a whole marketing thing,” Coates said.

Presently one expects to see an improvement in the conditions for women in music but this conditioning of society over time continues to cause challenges. “It’s more common to see women playing music but the barriers are still there. Women still don’t do what guys do,” Coates said, noting that these issues are prevalent in all genres of music.

“I tend to talk about rock because that’s my thing but you see it in Hip- Hop, you see it in EDM, you see it in everything. There’s kind of this idea of masculine mastery of things,” Coates said. “There’s no reason why women can’t be MCs but women DJs and [those in the] EDM realm had a terrible time getting heard. A lot of it is, people don’t tell them about gigs, people don’t share information of who you should talk to. No one wants to hire a female DJ,” Coates said, telling how “they don’t have the instant credibility...and if you’re not in those networks it’s difficult to learn it”.

Coates pointed out that this issue also poses challenges to women entering the industry from a production or engineering standpoint. “You learn it from people and that’s always been a detriment to I think women in the studio. Because a lot of it is hand me down, passed down, being brought in to do stuff and girls don’t have those networks,” Coates said.

Looking at music streaming as a double-edged sword, Coates said how this can both benefit and detriment women seeking a career in the industry.

“If a girl is motivated she can start spitting rhymes, she can start messing around on her laptop, she can start doing that. But it just takes a lot of work to get through the noise,” Coates said. “Some of the electronic artists have broken through a bit but yet it’s hard because you have to be able to hear this stuff and be interested...Now everyone’s living in their own private musical scapes” she said, noting that “they don’t have any idea what other people are listening to.”

Coates recognized local and largescale “girls rock camps” as being a key player breaking down barriers for women in the music industry.

In particular The Institute for Musical Arts in Goshen, Mass. is noted as excellent model for this type of program.

“People through that program have gone on because they’ve made the industry connections, they have learned the things that guys learn and they’re in this great studio, being taught by women,” Coates said.

Despite minor progressions, Coates noted that there’s much left to be done, saddened that this is still an issue. She took the opportunity when speaking at the 2018 MoPOP conference to address this issue.

“I said ‘Rock critics in the room stop. Stop describing women by who they slept with, what they’re wearing, just talk about the music’.”

The responsibility to bring about change however, lies on everyone in the industry whether they are performing, working behind the scenes or consuming music.

“I think that any guy needs to be a good ally...whatever musical stuff woman do needs to be honoured,” Coates said. “We need to quit making fun of teeny boppers, we have to quit making assumptions about what’s happening when girls are into that sort of music and girls themselves need to be more upfront about the fact that they’re enjoying music.”

Most importantly Coates said she believes that “we just need to encourage girls to know that if you want to make some sort of music you can do it”.
Fanshawe alumni Gender Music Music Industry Arts Women

Healthy eating habits are not a hassle