MIA alumni take on The Launch 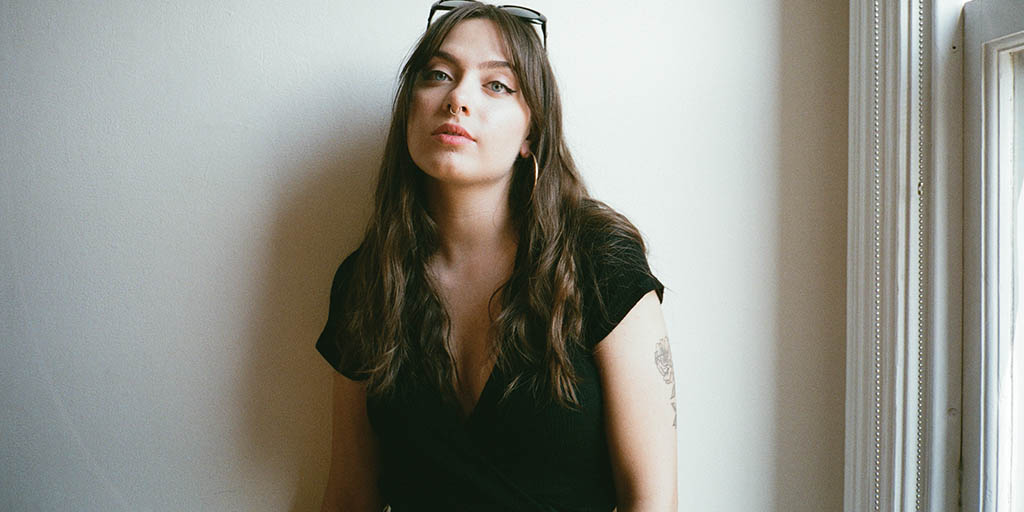 Fanshawe MIA alumni Saveria, Nick Babcock and Trevor Dubois, a.k.a. Charlie the Kid, all landed spots on the main cast of CTV's The Launch, premiering on Jan. 30.


The contestants for season two of CTV’s reality music competition, The Launch, were recently revealed and Fanshawe is full of pride to learn past students Nick Babcock, Saveria and Charlie the Kid (Trevor Dubois), are three of the artists making up a cast of 30 contestants.

All three of these performers were students of Fanshawe’s Music Industry Arts (MIA) program. MIA program co-ordinator Dan Brodbeck expressed his excitement at the announcement. “It’s good news because it means that they’re doing something right and we’re doing something right in helping develop the artists. This wouldn’t most likely have happened seven years ago if there was the same show,” Brodbeck said, going on to tell how the aspect of artist development is a recent addition to the MIA syllabus, largely thanks to the work of professor Mike Roth.

“We now teach people to help develop artists and have artists come through the program. All those people, all three of them are artists and were [artists] when they were here,” Brodbeck said, admiring the students’ abilities to apply what they learned in MIA and stretch it even further. “Not that it’s all due to what we taught them or anything like that...they’re talented people.”

Regardless of what the results may be, Brodbeck said he hopes to see all artists benefit from the contest in some form such as the “confidence and the coaching they get while they’re there. Plus it’s up to them to capitalize on that 15 minutes of fame,” he said. “It’s kind of up to the individual to build off what they started.”

With strong roots in the local music scene, both as a solo act and collaborator in local group Daytrip, Saveria has worked tirelessly over the years, independently making a name for herself.

After all this effort, she was blown away when she got the news that she would be a part of The Launch, stating that the whole experience was “pretty indescribable. [I was] really, really excited to have an opportunity such as that, working with amazing mentors and producers. I just felt really grateful in the moment [and] I felt like a lot of the work that I did...really paid off in that moment,” she said.

Being on a fast-paced show like this can really challenge the artists but Saveria happily welcomed the opportunity for growth as an artist and performer. “It’s challenging in the aspect that it’s a two day thing...you’re recording the song initially and performing it for a live audience the next day. So, I think I learned from that experience alone just to pace myself and take in as much as I can in the moment,” Saveria said.

Saveria’s episode of The Launch will air on CTV on Feb. 13 at 8 p.m. and will feature the mentors Scott Borchetta, Marie Mai, Max Kerman and Jon Levine.

In the meantime, Saveria announced that she will be independently releasing a single titled “Harsh Lighting”, even before The Launch episode airs. It will be available on all major streaming platforms and those who want to stay in the loop on future news can follow her on Facebook, Twitter and Instagram @SaveriaMusic. 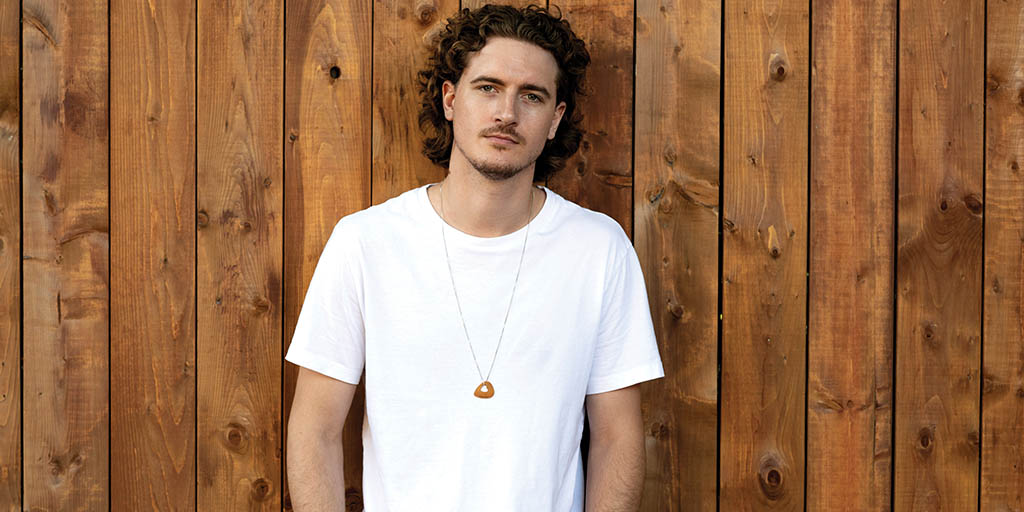 Nick Babcock’s parents met in a band, sealing his fate to become a professional musician before he was even born.

The Kingston, Ont. native grew up surrounded by music. He began to sing at age five, and picked up the guitar at 12. By the end of high school, Babcock had added drums and piano to the mix and was writing songs across multiple genres. He applied to Fanshawe’s MIA program, where he would learn the tricks of the trade.

“I really liked the idea of being in studios and learning how to produce and engineer, and being able to take those skills home and release my own music,” Babcock said.

After graduating, it wasn’t long before Babcock was able to quit his part-time job and work full-time as a musician at bar gigs and local events. He had no intention of applying for The Launch until he read an email from the show’s staff inviting him to audition. Several weeks later, he was hanging out with the celebrity mentors as part of the main cast.

“The best part was the atmosphere, and being around everybody that’s plugged into the industry now. To be able to leech off them for a couple days and learn [is] what’s really helped me grow,” he said. “People should watch because you don’t realize how much talent is in this country.” Babcock’s episode airs Feb. 20 at 8 p.m. Follow him on Twitter @nick_babcock, and check out his Facebook page and NickBabcockMusic.com.

Trevor Dubois, a.k.a. Charlie the Kid 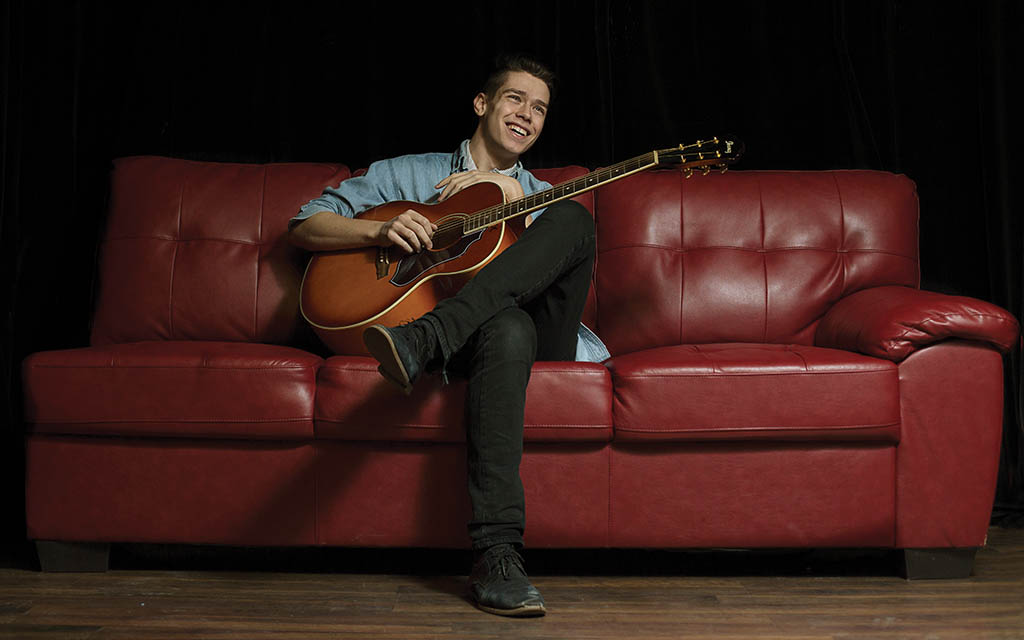 When it comes to music, there is no plan “B” for Toronto-based Trevor Dubois, who also goes by his stage name, Charlie the Kid.

Born and raised in Russell, Ont., Dubois credits MIA for helping him develop a committed work ethic in a cutthroat industry.

“I remember Terry McManus [founder of the MIA program] saying that if you want to make a living off of this career choice, you have to treat this like an Olympian would treat their sport,” Dubois said. “If you have these big outrageous goals like I do, you have to really put your life into this. It’s probably going to suck for the first few years, but if you really love doing this, it won’t bother you that it’s crappy sometimes.”

This philosophy paid off big time during last year’s Canadian Music Week (CMW) in Toronto, when he chose to play for free in exchange for industry exposure. It was there that scouts from The Launch noticed Dubois, and encouraged him to audition for the show.

“That taught me that it’s not about the short term. I did the showcase, I didn’t get paid, but I brought out tons of people,” Dubois said. “I could have done my own show and made $200. But I played for free and invested in myself and it turned into something pretty cool.”

Dubois’ episode airs Feb. 13 at 8 p.m. Learn more about him and his sound on his Facebook page and charliethekidmusic.com.