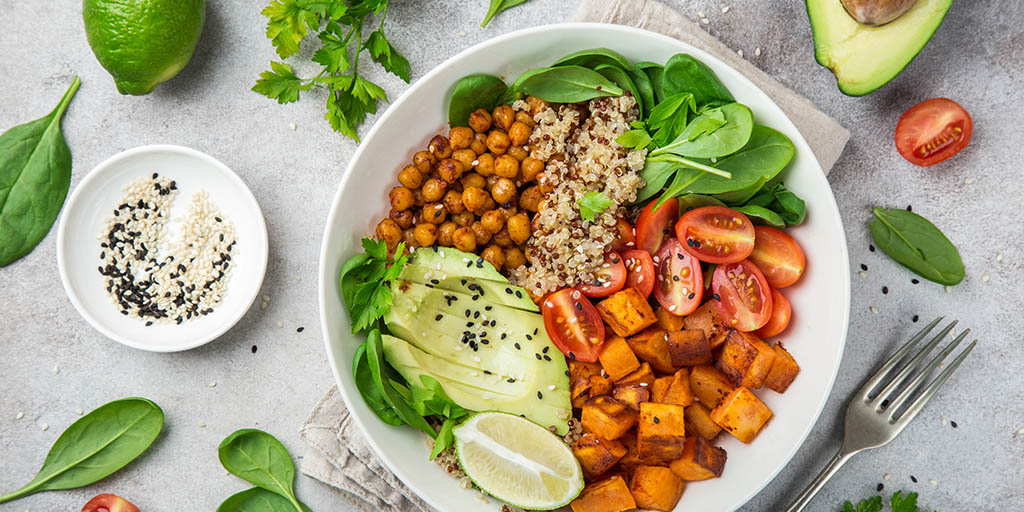 CREDIT: ISTOCK (ANNA_SHEPULOVA)
Trying to live a healthy lifestyle is one thing, but going vegan may not be the right answer for everyone.

Veganism seems to be a growing trend in recent years with teenagers, pop stars, and other prominent figures who swear by “eating clean” and living a meatless life. Being vegan means zero consumption of animal products; vegetarians can have eggs and dairy whereas vegans limit themselves to plant-based products such as vegetables, grains, and tofu.

My problem is not with people who are going vegan for ethical reasons (though sometimes tofu can be considered a GMO product, which also contradicts with the vegan philosophy), it is with people who insist that going vegan makes them healthier or trendier.

Toting a yoga mat around doesn’t make anyone healthier. By that logic, I could walk around in gym clothes carrying weights in one hand, and a burger in another.

A 2009 study by The American Journal of Clinical Nutrition found that vegans trend towards lower BMIs and consumed less saturated fats.

However, the same study concluded that vegans were deficient in a whole slew of nutrients such as vitamin B12, iron, calcium, vitamin D, and omega-3 fatty acids. These nutrients are integral or bone health, maintaining energy levels, tissue building, and heart health.

Another point of contention is the amount of food that it takes to satisfy cravings and satiation. Tofurky and portobello mushrooms, and various legumes are examples of foods pretending to be something they’re not.

If you put an antler headband on a dog, it doesn’t make the animal any less of a dog, or more of a reindeer.

Pretending a veggie dog tastes “just the same” as a hot dog is the exact same. Vegan meat products are mostly just similar number of calories with less satisfaction.

If a consumer buys a product that is marketed as something that “tastes just like meat,” it’s clearly not the taste that draws someone to this diet.

While I applaud people taking steps towards a healthier lifestyle, I think going vegan might be teetering a little far on the scales.

Ultimately, going vegan to be “healthier” is just another fad diet like the ketogenic, Atkins, or caveman diets.

To maintain a healthy lifestyle (in terms of food intake), keeping track of daily macros and calorie intake (with occasional cheat meals to curb cravings and binge eating) will be more than sufficient.

The myth of rapid weight loss by implementing a vegan diet needs to be debunked.

Since we live in a world of processed foods where Oreos and Ritz crackers are considered vegan, it is futile to argue that there aren’t just as many options to maintain an unhealthy lifestyle.

Going healthy is a lifestyle choice, veganism is just another hasty label slapped onto yet another fleeting trend.
Editorial opinions or comments expressed in this online edition of Interrobang newspaper reflect the views of the writer and are not those of the Interrobang or the Fanshawe Student Union. The Interrobang is published weekly by the Fanshawe Student Union at 1001 Fanshawe College Blvd., P.O. Box 7005, London, Ontario, N5Y 5R6 and distributed through the Fanshawe College community. Letters to the editor are welcome. All letters are subject to editing and should be emailed. All letters must be accompanied by contact information. Letters can also be submitted online by clicking here.
Dieting Healthy Eating Vegan

A "new year, new me" attitude all year long