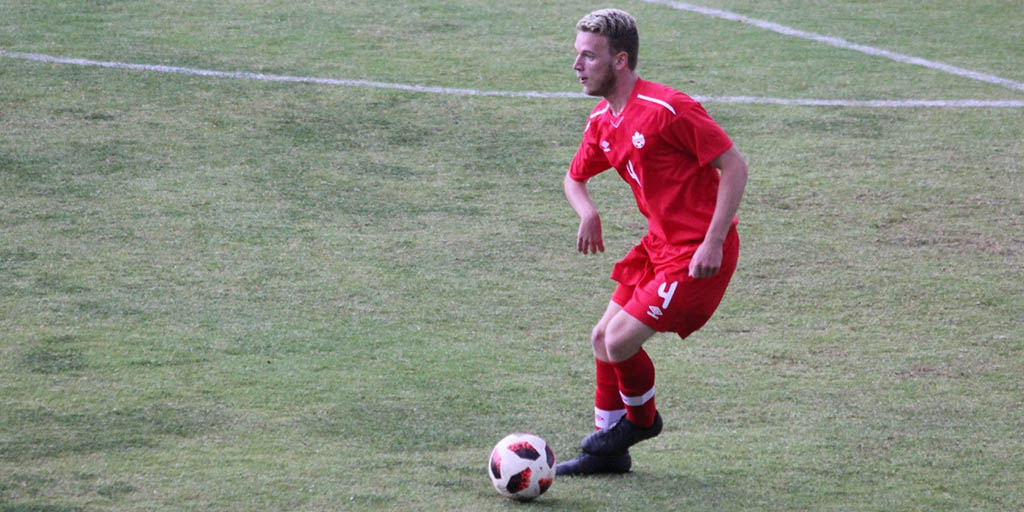 
Nick Heffernan takes inspiration from the odds set up against him.

“I’m driven most by people telling me that I can’t do something,” Heffernan said. “Then I can do it and prove them wrong. I’ve had a lot of people do that. When I was young, when I first started, some people didn’t think I could play [soccer]. But now, I’m a starter.”

The 20-year-old Para soccer player recently returned to his hometown of London, Ontario after travelling to Ecuador with Canada Soccer’s Para Soccer National Team. While there, he competed in the International Federation of Cerebral Palsy Football championships.

This year’s tournament was the latest of many in Heffernan’s athletic career; at the age of 14, he was one of the youngest players to ever train with Canada’s Para Soccer team and play in the America’s Cup in Toronto. At 15, he played in his first international tournament at the 2015 CP World Championship in England.

Aside from Ecuador, Heffernan has also travelled to play in Denmark and Argentina. Next year, his team is slated for Spain.

Heffernan was born with right hemipelegic cerebral palsy, meaning that he suffers from paralysis on the right side of his body. He also has epilepsy.

When he was 11 years old, Heffernan saw a poster of the Men’s Para National Soccer team while attending an appointment at Thames Valley Children’s Hospital.

“I told my mom I wanted to be on that team one day,” he recalled.

According to Heffernan, making his dream come true at such a young age defied almost everyone’s expectations.

When he’s not studying for classes in his first year of general arts and science at Fanshawe, Heffernan typically trains three times a week with a personal trainer as well as FC London’s Academy team.

“My disability can be challenging because I’m running against able-bodied people,” he said of his practice regimen, “but when I go to the Para team, you can see the skill I have. It’s hard, but over time I think I’ll be more confident in myself. I have my family, my friends, my coaches from the Para team and they tell me hey, everybody has this struggle when they play with able-bodied people. It’s the mental game, and physical game, and how you overcome it.”

Beyond soccer, Heffernan’s accomplishments include running cross-country and track in the Para division during high school, winning medals at OFSAA in the 800m and 200m dashes. In 2016, he won the Spectra Beyond Disability Award given to a graduating male athlete in London. He also acts as a mentor to another youth with cerebral palsy.

His ultimate goal, he said, is to one day make it to the Paralympics.

“If I make it there I’m retiring,” he said with a laugh. “It doesn’t get any better.”

At this rate, there’s no reason to doubt Heffernan’s determination to achieve anything he sets his mind to.

“Look at me now – from a kid that was shy and has a disability, whose mom and dad didn’t think he would talk, to now – getting my high school diploma and going to Fanshawe,” he said. “At the end of the day, it does turn out with people who have disabilities.”