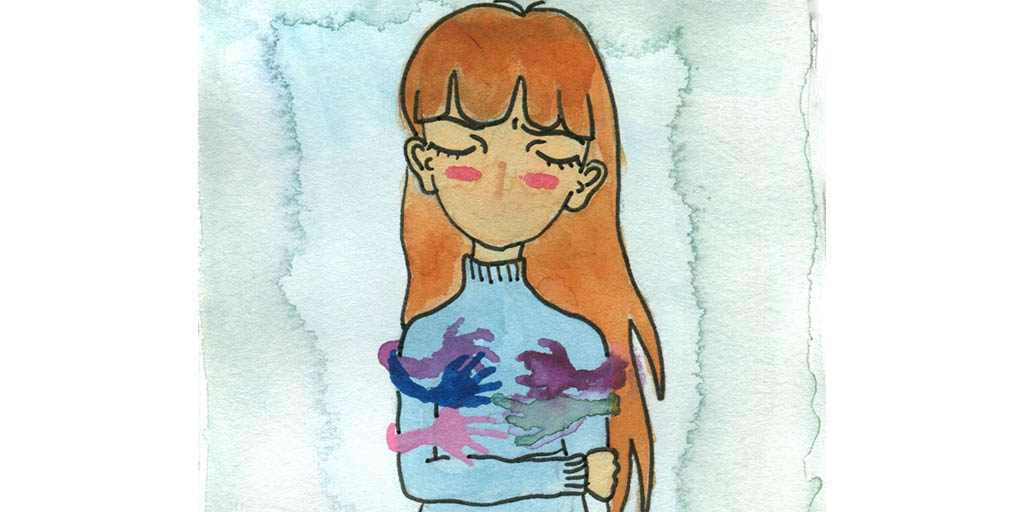 CREDIT: LEANDRA GUMB
Psychology and sociology professors, along with guests were left with bright smiles after a much needed, positive discussion about the impact and issues of sexual assault and violence lead by professor Danielle Carr.

Sexual violence has always been a delicate yet sought after conversation on Canadian university and college campuses in terms of finding a resolution.

As such, on Oct. 26, Fanshawe College lecture theatre D1032 was a full house as Fanshawe’s very own professor of sociology and psychology, Danielle Carr brought the complexities and controversies of sexual violence to light.

“It is not about sex, it is about power, and dominance,” Carr said.

Before exploring the causality of sexual violence, Carr opened up the lecture with staggering statistics that revolve around the frequency of sexual assault amongst various groups of identity. They were reported as follows:

Eighty-three per cent of women with disabilities will be sexually assaulted in their life time. (Simpson 1991)

Twenty per cent of transgender people in Ontario have been the targets of physical or sexual assault because of their gender identity. (TransPulse 2011)

Thirty-four per cent of transgender people had been verbally threatened or harassed. (TransPulse 2015)

Seventy-five per cent of Indigenous girls in Canada under the age of 18 have been sexually assaulted. (METRAC 2015)

The ratio between anticipated assaults and those that are actually reported is disheartening. It was discussed during the lecture as to why this may be. The audience agreed that the fear of stepping forward and speaking out is a key contributor that leads to controversy in current policies and their focuses.

An article from ‘NowToronto’ by Saima Desai reported that the University of Toronto student newspaper, The Strand, showed that in the 2014-15 academic year there were 137 informal complaints of sexual assault. However, considering nearly one in five women will be sexually assaulted as students, that number was anticipated to exceed 8,500 for the academic year.

Another major topic raised during the lecture was the current status of policies and legislation.

Provincial governments introduced legislation mandating that universities institute sexual assault policies. In March 2016, the Ontario government passed Bill 132, which requires university campuses to develop stand-alone sexual assault policies as of January 2017. Bill 132 also gave each college or university flexibility around what to include in its policies. Student feedback on individual policies criticized the flexibility, saying that it has provoked inconsistency across institutions, which has deprived survivors of the fast and fair support they need.

Annual reports have consistently shown that Universities and Colleges have been allocating attention and resources towards sexual assault prevention strategies. Whereas the message conveyed at the Fanshawe sexual violence education lecture was that they should be providing support for students who have already experienced sexual assault with more sexual assault counsellors and government oversight of college and universities’ handling of sexual assault cases.

Not one to wait for the winds of policies to change, Carr is leading the development of Upstander, in hopes that her efforts and contributions in educating communities about the significance and prevention of sexual violence can make a immediate difference in the lives of those affected by sexual assault.

The Upstander project is a Ministry of the Status of Women funded bystander intervention program, and its implementation throughout Ontario is continuing to grow.

Professor Carr and many of her colleagues such as Fanshawe’s sexual violence prevention advisor, Leah Marshall, Lorraine McNeil and Amanda Zavitz-Gocan have been working hard to promote an “Upstander”, mentality amongst the community.

An Upstander, as opposed to a bystander, is an individual who acts when others will not, to make a positive difference in the life of an individual or inspire change in the community.

There are many available resources that provide confidential help to those who seek it. Marshall can provide referrals, information, and support to students who have experienced sexual violence.

Through this program, you will be safe to disclose cases of sexual violence confidentially and seek the support and accommodations necessary for your safety and well-being. For more information, visit lkmarshall@nullfanshawec.ca and sjhc.london.on.ca.

Remembering the Fallen, my own way