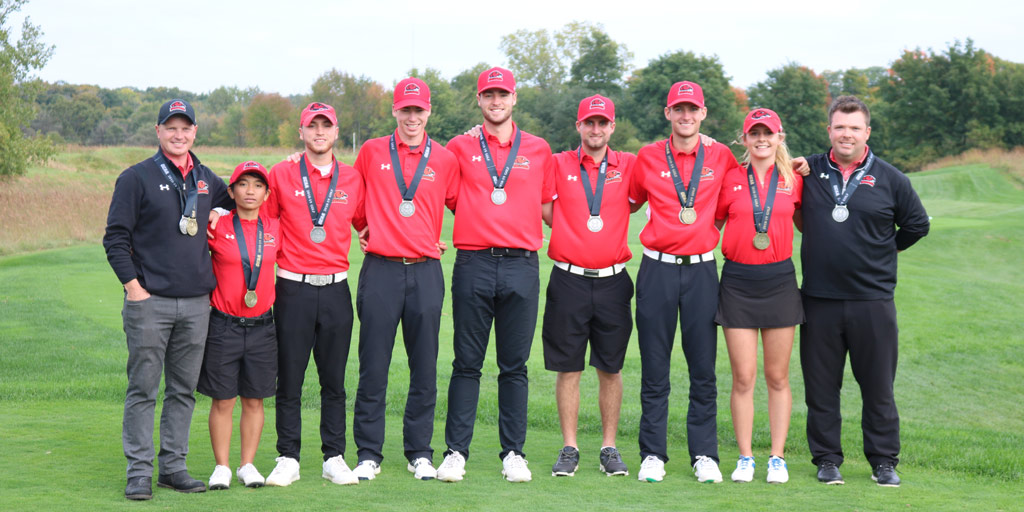 Fanshawe's men's and women's teams will go on to the Canadian Collegiate Athletic Association (CCAA) Golf Championships later this month.

Fanshawe’s women’s team, rounded out by Mery Tarigan and Alyssa Stoddart, was the first ever to claim a provincial gold medal in the team event. Both were named to the OCAA all-Ontario team.

Stoddart was also the first Falcons female golfer ever to win an individual title.

“She’s not easily distracted,” said head coach Colin Robertson, of Stoddart’s skills on the green. “She has a game plan and a goal and she sticks her mind to it.”

White and Mackey were named to the OCAA All-Ontario team, while White was crowned champion of the men’s individual event.

White set a Fanshawe gold record, shooting even par (213) over the three days in less than perfect weather conditions, finishing six strokes ahead of his closest competitor.

White is the first Fanshawe golfer to win the individual title in 43 years.

White and Stoddart were named as Canadian Collegiate Athletic Association (CCAA) All-Canadians, and Robertson was named the OCAA Coach of the Year.

“It’s the cherry on top,” said Robertson of his new title. “As coaches we always strive to put the best product out on the field and we strive to have the best success on and off the field as a team. To be recognized by my peers is overwhelmingly special very me. So it’s very cool.”

Both teams now advance to the CCAA Golf Championships, hosted by Medicine Hat College in Medicine Hat, AB from Oct.16 to 19.

The Falcons women’s team are currently ranked seventh in Canada, while the men are ranked 10th.