The pros and cons of 13 Reasons Why 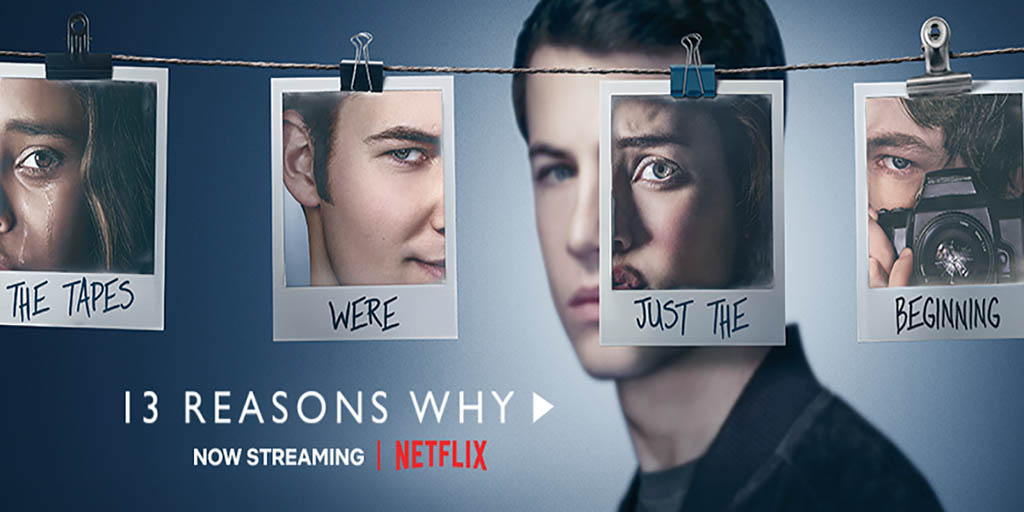 Credit: 13 REASONS WHY'S FACEBOOK PAGE
There are pros and cons to the Netflix series 13 Reasons Why, but the overall benefit of the show is that it is starting a conversation about mental health.

*Warning that this article contains spoilers of seasons 1 and 2 of the Netflix series 13 Reasons Why.*

The show 13 Reasons Why is one of the most controversial shows on Netflix right now. There have been many viewers that petition to get the show taken off Netflix and other people who believe it is an important show to have for mental health. In my opinion, the series has done a good job at starting a conversation about suicide, sexual assault, and other issues that are happening in high schools. With that being said, I believe there are pros and cons to the show.

One of the biggest negatives of the show, in my opinion, is how much attention Hannah gets after she dies by suicide. As unfortunate as it is, many people forget about these individuals as time passes. Excluding family and close friends, the grieving and discussions towards these individuals, ends up tapering off. The idea that the entire school and community show this much attention to Hannah for such a period afterwards is inaccurate and in a way glamorizes suicide. It is telling kids that if they were to end their life, they would receive attention that they may be seeking which is not the answer.

Another issue in the show is the low age rating. After receiving a negative backlash when the first season was aired, the show included disclaimers in season two stating that it may be a trigger for viewers and provides support options for those who are suffering from mental health. However, if the show continues to include such graphic scenes, I think that the age rating needs to be adjusted from Mature Accompanied (MA) to Restricted (R). I was viewing as a 23-year-old and felt uncomfortable with some of the scenes so I think it could potentially have a worse effect on an even younger viewer. The problem with this is that the series revolves around high school students so the target audience is teenagers.

One more negative to the show is the idea that Hannah blames her mental health on other people. Although traumatic events can play a role in mental illnesses, especially post traumatic stress disorder (PTSD), at the end of the day your mental illness is ultimately your responsibility and it is unfair to hold other people accountable for your actions. Depression is an imbalance of chemicals in the brain and it is important that it is viewed like that. With such a stigma on mental health, people need to understand that it is an illness just as much as a physical illness and I think the show steers away from that idea.

Despite there being negative aspects to the show, I think that the series is necessary for our society. The main benefit to the show is how much of a conversation it has started, whether those conversations are good or bad. It is getting people to talk about the issues that are often not brought up. Of course it is uncomfortable to see young men and women being sexually assaulted or teenagers experiencing mental health crises, but these are real problems in our society today. The rape scenes in the show are graphic and hard to watch but they should be. It should be awful to see these things happening to youth but then it is important that we talk about it. The shame that is shown towards the victims after the assaults and the lack of action of those in authority happens far too often. The fact that many believe the rapist to be innocent or that the rapist is only sentenced to three months probation for his acts is far too common. The male rape scene is one of the most graphic scenes in the show but it has brought up so many discussions towards a topic that is rarely brought up. Male sexual assaults happen more than people think and they are under-reported and not discussed nearly enough. What this scene does is show people that it is an issue which can encourage victims to be open about what has happened to them. Many viewers will be able to relate to at least one of the story lines throughout the series which can show them that there are other people feeling the same way and there is something they can do about it. The fact that Hannah dies in the series shows that not all mental health cases have a happy ending. Being able to portray the effect that her suicide had on her family and friends shows that it is not the right choice and there is so much to live for.

Viewers are mad about the suicide, the sexual assaults, the sentencing of the rapist, the school shooting that almost happened, and so many more of the things that occurred in the show but they should be mad. These things are happening every day to people of all ages and it should make people mad to see them happen because that is how change happens.

To learn more about 13 Reasons Why and to find supports visit 13reasonswhy.info.
Editorial opinions or comments expressed in this online edition of Interrobang newspaper reflect the views of the writer and are not those of the Interrobang or the Fanshawe Student Union. The Interrobang is published weekly by the Fanshawe Student Union at 1001 Fanshawe College Blvd., P.O. Box 7005, London, Ontario, N5Y 5R6 and distributed through the Fanshawe College community. Letters to the editor are welcome. All letters are subject to editing and should be emailed. All letters must be accompanied by contact information. Letters can also be submitted online by clicking here.
Mental Health Netflix Sexual Assault Suicide

1
What is the future of the monarchy?
2
Stress and sleep make for strange bedfellows
3
Deadcon: A wannabe horror
4
Mind your mind over the holidays
5
Roughly 12,000 attend Western walkout against sexual violence

Mental Health: Are you in isolation?