Sleepy Princess in the Demon Castle brings a comedic twist to getting some Zzzs. 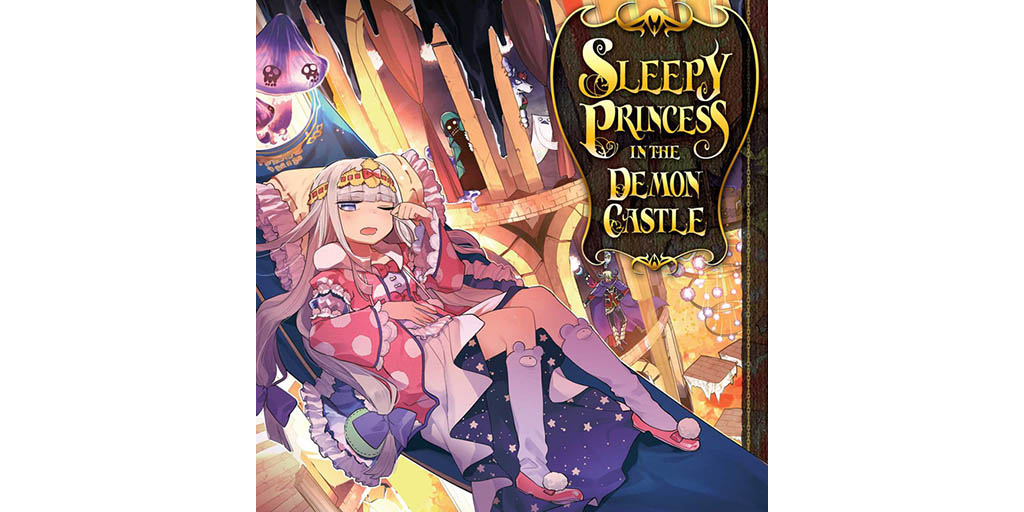 CREDIT: PUBLISHED BY VIZ MEDIA
Hilarious hijinks ensue in the pursuit of sleep in Sleepy Princess in the Demon Castle.

Manga author Kagiji Kumanomata, brings together a tale of sleepy shenanigans that will make you rethink what it means to get some sleep.

Sleepy Princess in the Demon Castle, follows Princess Syalis as a hostage of the Demon King in his castle.

However, this hostage and victim won’t be acting like one should. Instead, finding that she has all this free time, Princess Syalis devotes herself to whiling away the hours by getting a good rest. This inevitably leads her to be a force to be reckoned with in the demon castle.

Determined to obtain ‘the perfect sleep’, our heroine will use whatever means necessary to get it. If this means brushing a hundred Teddy Demon’s for fur to make the plumpest pillow or raiding the demons treasure room for the lightest magical air mattress, she will do just that with no thought for the consequences.

With her outrageous quests for sleeping items and her never-ending escapes from her cell, it is the demons who will end up on the burnt end of Princess Syalis’ sometimes hilarious, sometimes deadly, demands.

The manga series is outrageously comedic, with each chapter being a new adventure to fulfill the pleasures of sleep.

The Princess’s attitude creates a character who at times can seem thoughtful for others, only for that to be a lie so she can obtain her desire of resting.

If this means murdering the Ghost Shrouds for the ultimate sheets or dying by sleeping on fluffy poisonous fungi, the Princess will keep you entertained with her blunt words, misunderstanding thoughts and outrageous schemes in her quest for some shut-eye.

The best compliment to the Princess’s personality couldn’t have appeared better than in the form of her captors, the demons of the castle.

These poor creatures have to deal with the girl escaping her cell daily, murdering some of their kind all the time and having to deal with the destructive aftermath of her quests of the castle and its inhabitants.

Don’t even get me started on the number of misunderstandings she creates between the Demon King and his generals, getting the poor boss beat up both physically and mentally from his own subordinates.

Although the Princess seems to cause the demons more trouble then she’s worth, they actually care for her well-being much more than they probably should.

This relationship between the demons and the kidnapped Princess, make for heartwarming plots where the demons are not portrayed as the evil they are said to be.

While comedy is the main spice of the tale, heartwarming friendship between the Princess and the demons, gives the reader a tingly feeling and that will make you love the mix they make, in Sleepy Princess in the Demon Castle.
Book Review Books Manga

Londoner making waves in the world of acting