Games that are making gamers excited for E3 2018 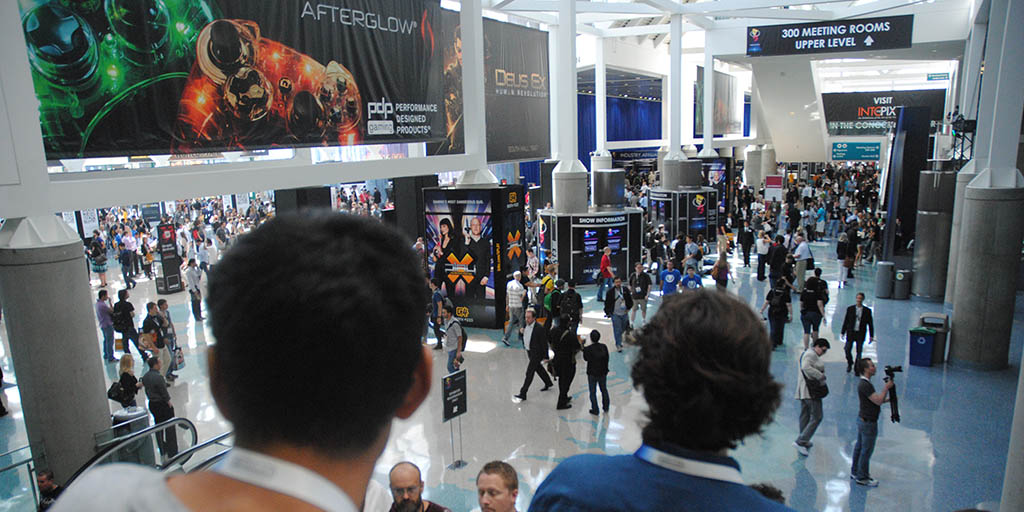 CREDIT: E3 BY JERIASKA ON FLICKR (FLICKR.COM/PHOTOS/JERIASKA/5809320410)
Electronic Entertainment Expo (E3) is coming up in a couple of weeks and the hype is growing among gamers for what games are going to be featured.

Games, games and more games. The hype for gamers is starting to ramp up around the video game community as the days leading up to the Electronic Entertainment Expo (E3) is slowly approaching. E3 has always been promising in bringing to light a number of fantastic titles to gamers worldwide. Sneak peeks and many teases of what is and possibly will be showed at E3 2018 (which take places from June 12 to June 14), are already spreading among the internet like wildfire.

Before E3 rolls out its red carpet, here is a list of some of the games that have players, including myself, are already hyperventilating over, in anticipation for this coming E3.

Games we know will be there

In Nintendo’s March “Nintendo Direct” they showed a sneak peek for the next Super Smash Bros. installment, revealing that the Squid Kid from Splatoon would be making it into the roster of fighters. Now months later, Nintendo has announced that the game will be debuting at E3. Only a few more weeks and fans of the fighting game will find out what new features the Switch will offer to this classic franchise as well as see which characters have made it in the roster of fighters this time around.

Find the way of the samurai in Ghost of Tsushima

This game is a far cry from Sucker Punch’s previous superhero inFAMOUS series. Taking place in feudal Japan, you will play as a samurai trying to ward off the invasion of the Mongol Empire from the island of Tsushima. Of what has been shown so far, the game is artistically breathtaking and expansive with a plot line inked with real history. Expect to be seeing a whole bunch of the game as it will be one of the four main ones being featured in Sony’s press conference this year.

Becoming your own sci-fi hero in Anthem

Announced at E3 2017, 2018 is promising to bring more footage and gameplay to show worldwide. Instead of BioWare’s traditionally single-player RPGs like Dragon Age and Mass Effect, Anthem is going to be an open world sci-fi fantasy game where you can explore the world as “Freelancers” with your friends and strangers alike. Electronic Arts (EA) is promising to finally be revealing more of the inside mechanics of the game that we haven’t seen yet, at it’s conference this year.

What we expect to see

Cyberpunk 2077, the future looks dark and we love it

Little is known about this game so far, only that it’s the next big role-playing game (RPG) that CD Projekt RED, creators of Witcher 3, has in store. Based on the tabletop game of the same name, this sci-fi game has been shrouded in mystery for the last couple of years and CD Projekt RED has confirmed that it will be finally lifting the veil off and revealing of what seems to be a very dark futuristic take on the scifi genre.

Kingdom Hearts 3, is the end near?

In development since 2013, the end of the critically acclaimed Disney-Square Enix series never looked any closer. From what fans have been seeing for the past few months, Kingdom Hearts 3 is promising to be the ending that they have been waiting for. With new worlds to explore, like Disney’s Tangled and Pixar’s Monsters Inc. this game is turning out to be a masterful performance of artistry and storytelling. It seems most likely that this game will be appearing at E3, hopefully along with a concrete release date.

What we are hoping will make an appearance

This year, Square Enix returns with its own conference and it’s making fans hopeful that they will be revealing more information on the long awaited Final Fantasy VII remake, which they have been promising the video game community for, since the PlayStation 3 (PS3) era. With the company just switching over to in-house work within the last year, it is unlikely we will be seeing a demo of the game at this E3, but I am hopeful that they show finally some gameplay for the first episode of this multi-chapter game.

Since being announced last year, Code Vein has been continuously hyped up over the past year by Bandai Namco, to be a promising game of anime style art with the strategic battle tactics required to play Dark Souls. With a whole bunch of gameplay released in recent months, it is highly likely that Bandai Namco may pull out a demo or even a concrete release date for this fantastic game, at E3.

Will Beyond Good and Evil 2 be showing itself once more?

A prequel with a misleading name, this game would be a promising see at E3. As the first cinematic of it was shown at E3 last year, Ubisoft has been slowly trickling game footage and information over the course of 2017. With a recent listing of it appearing via Walmart Canada, fans may have a reason to be more hopeful in seeing this game appear once more at this E3.

For more exciting titles that have gamers hyped to see, check out vg247.com.

Fanshawe to host the OCAA golf championships in October

Fanshawe to host the OCAA golf championships in October