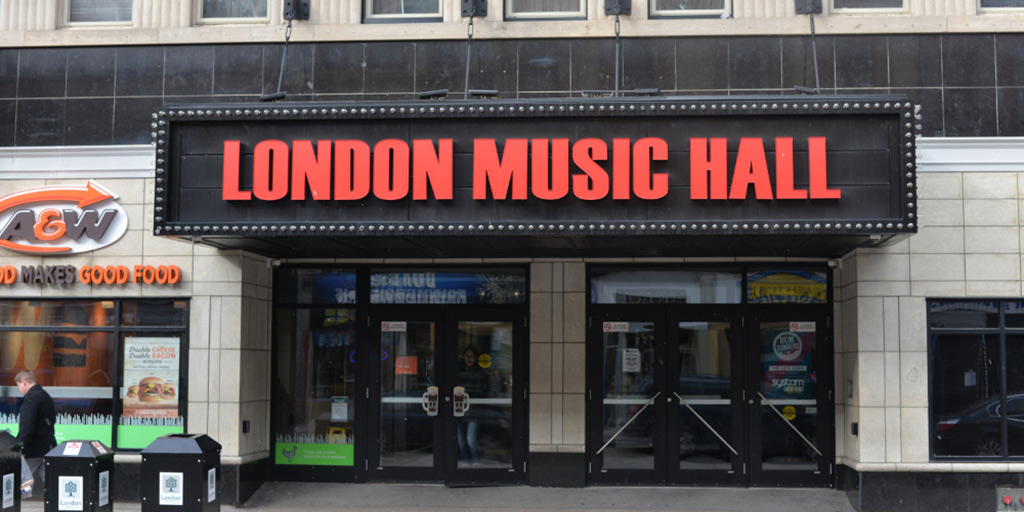 CREDIT: LLIAM BUCKLEY
London and Fanshawe's music communities are hard at work, excitedly preparing for the Jack Richardson London Music Awards (JRLMA) and all the festivities it brings. The awards will take place at the London Music Hall on April 15.

London’s community is hard at work preparing for one of the highlights of the city’s music industry each year, the annual Jack Richardson London Music Awards (JRLMA). JRLMA is an awards ceremony set in place to recognize the diverse and talented music scene that London has to offer.

These festivities were originally titled the London Music Awards until 2004 when they were renamed after the late great Jack Richardson to honour the impact that he had on the Canadian music industry. Richardson is a Canadian icon, who dedicated his life to finding and producing new talent, while encouraging the next generation of industry professionals.

He worked with artists including The Guess Who, Alice Cooper and Bob Seger, garnering a total of 38 gold and platinum awards in the process. He was also a key player in the formation of a number of organizations and regulations that helped shape Canada’s music industry, which continues to thrive off his actions to this day. Later in his life, Richardson worked at Fanshawe College as a professor in the Music Industry Arts (MIA) program, educating and inspiring hundreds of students during his time there.

The JRLMA Gala is set to take place on April 15, however, there are a number of events organized to build excitement in the weeks leading up to the ceremony. These include the JRLMA Jazz & Classical Awards Gala on April 10, an Oral History of London Music on April 14 and many live concerts happening from April 6 up until April 14.

Fanshawe, especially the Music Industry Arts (MIA) program, will be involved with some festivities in a number of ways. The most notable of these is through the “Soundcheck for Success” on April 14, which is presented by JRLMA and Fanshawe’s MIA program. The evening features a number of industry professionals, including Fanshawe professors who will participating in a talk back panel, sharing knowledge gained from years of experience with the local community.

The London Music Office is also assisting in a number of events such as the Synch Summit on April 16 and the Music Talks event on April 13. Music Talks is put in place to engage and inspire high school students to pursue a career in the music industry.

London Music officer, Cory Crossman, took some time to discuss the programming that the London Music Office has in place and the importance of creating new ways for youth looking to pursue a career in this field.

With London having a vast community of talent as well as a diverse number of music students between Fanshawe, Western and Ontario Institute Of Audio Recording Technology (OIART), Crossman believes strongly in the programming that JRLMA offers. He looks forward to creating more opportunities for the community to grow, flourish and support one another in their musical ventures.

Crossman said that with JRLMA honouring such a vast number of music genres, there is something for everyone’s taste, whether it be classical, pop, metal, business or history. Combine that with a fun, community building environment that encourages not only the current music scene but the younger generation as well, and you have an event that draws many parallels to the way Richardson lived his life.

One of Richardson’s closest friends and colleagues, Terry McManus, had some wise words about the legacy of the musical and entrepreneurial genius.

“It’s momentum, it’s who the person is and what they helped to accomplish and that’s what Jack was…not everyone will know exactly who he is and what he did but they’ll know that he was and… he’d be pleased that he was remembered.”

Voting: Figuring out an ideal age to make a democratic decision and sticking with it

Voting: Figuring out an ideal age to make a democratic decision and sticking with it