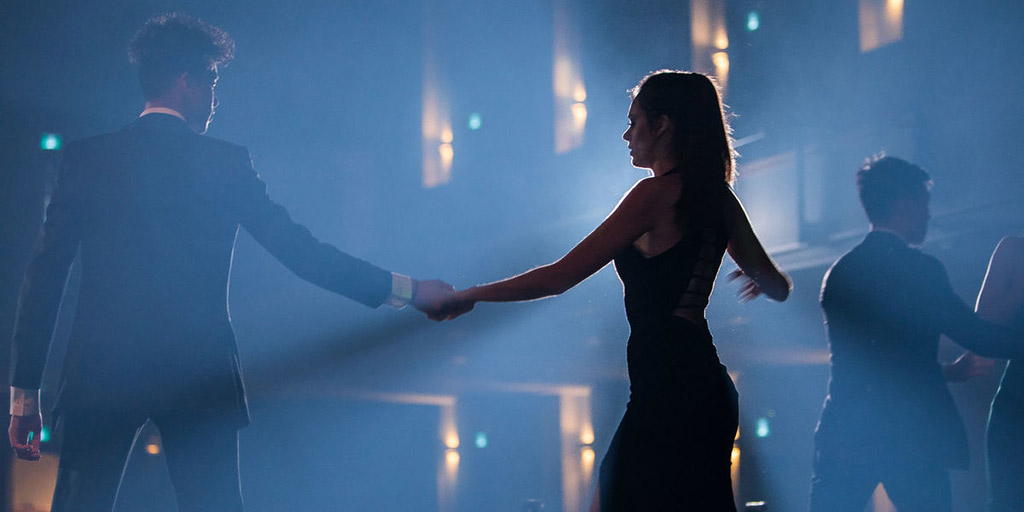 London (CUP) — A buzz filled Centennial Hall Friday night as 1,300 audience members waited in anticipation for models to take the stage — treating everyone to a show no one will soon forget.

Innova's story revolved around an ordinary girl (Sabrina Stashin) gaining the courage to defeat a villain (Anastasia Kolotova), who had infiltrated her city.

In the opening act, Stashin and Kolotova emerge onto the stage for an intense fight scene. Stashin sported casual streetwear while Kolotova wore a fitted, black bodysuit with vibrant red stripes. The fashion show's clothing ranged from mainstream brands to independent designers.

The pair had a fierce, shifting dynamic between them, but in the opening, Kolotova dominated the stage with a femme fatale allure that was both seductive and unforgiving. Kolotova and Stashin left the stage but made recurring appearances, telling a story throughout the show.

The first scene featured an impressive and diverse array of casual wear. The models sported denim and bold prints. The colourful, sleek and retro clothing along with the hip-hop and EDM music conjured images of high-end Tokyo. The casual wear then progressed to neutral-toned semi-formal apparel. The dancers' mobility became evident as the girls twirled around in dresses and the boys leapt around in their slim-fit chinos. At the end of each dance performance, the models walked the stage to showcase their outfits, like a traditional fashion show.

Athletic wear stole the show with its lively choreography. Models did variations of exercise movements, like one-handed push-ups, to flaunt their athletic ability and apparel. Western University cheerleaders also made an appearance, performing a series of backflips and cartwheels. Keeping the narrative strong, Stashin came into this scene to train with some of the athletic-wear models as she prepared to battle Kolotova.

The audience's enthusiasm rose to a peak as the lingerie models came out. For the boys, fitted black boxer briefs were the undergarment of choice. The male models strutted up to the stage, each addressing the audience with their own personal pizzazz — a wink here, an air kiss there. These gestures were met by much applause. The women were equally well received. They came out in pink silk robes and then later took them off to reveal diverse sets of lingerie. Some of the models wore intricate, violet and maroon body suits while others wore more traditional forms of lingerie. The charm and confidence of these women reverberated through the room and drew boisterous applause from the audience.

Finally, formal clothing dazzled the audience with its elegance. This scene showcased a series of impeccably-styled tuxedoes and form-fitting gowns. The formal setting transported viewers to a high-class ballroom, with Frank Sinatra music playing as the models displayed their ballroom dance skills.

By the end of the show, Stashin transforms from a timid, uncertain girl to a confident hero. In another highly intense fight scene, Stashin finally defeats Kolotova, providing a conclusion to the narrative arc and moment of satisfaction for the audience.

Innova can be added to CAISA's long list of fashion shows that combine modelling, acrobatics, theatre and fashion into one big production. Combined with its charity fundraising, CAISA's fashion show Innova was a win for Western students and the community

Health and Fitness: Put your back into it

Health and Fitness: Put your back into it