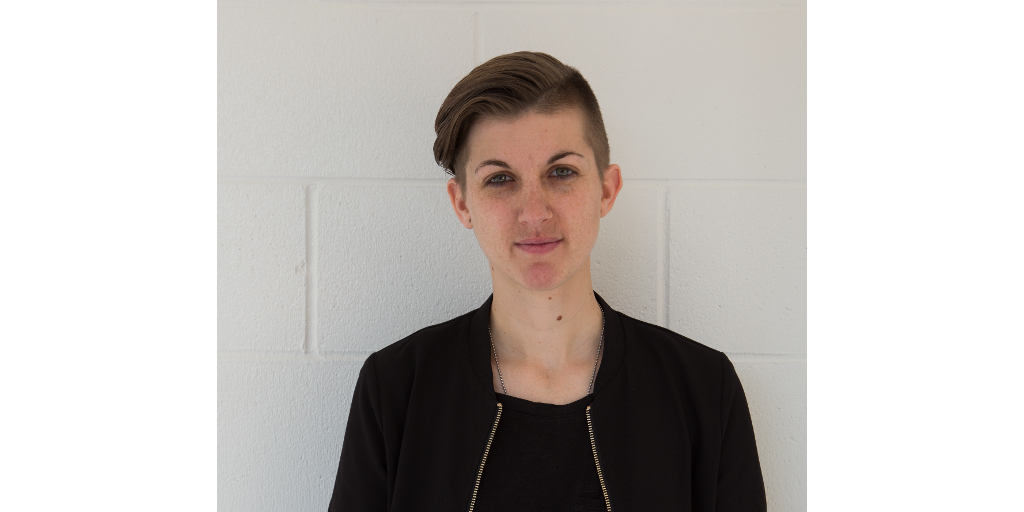 CREDIT: ANDREW HARRIS-SCHULZ
Spoken word artist, Holly Painter travels to schools, community events, workplace and conferences to share her stories and teach others about poetry. She recently came to Fanshawe to share some of her work with a number of interested individuals.

On March 15, director of London Poetry Slam, spoken word artist, Holly Painter, made a visit to Fanshawe's London campus to share some of her poems with the community.

Painter's visit was part of the Letters and Arts Society's reading series, in which, the organization invites Canadian writers to campus, to celebrate literature in Canada.

For years, Painter has spoken at numerous schools, community events, workplaces and conferences to share her stories and inspire other through poetry.

She said that having the opportunity to travel and share her passion for poetry with others is a dream com true, as the general public strives to have a job that both pays the bills and that they have a passion for. Painter explained that she has a background in teaching and her real passion is being able to introduce the art of poetry to students in schools.

Painter said she tends to write her poems around the topics of gender, sexuality and diversity.

Painter explained that she first went to a poetry slam in 2009 and was enthralled by the individuals who were going up on stage to share their stories through poetry. At first, Painter said she was very nervous to do public speaking and sat in the audience for a couple of years before starting to share her poems on stage. She said that it was like a gravitational pull watching others share their stories through poetry and how she felt connected to them as they performed their poems. “I started performing in 2011, and it started as a hobby and I was really grateful to have had the opportunity to start doing work in schools and it has kind of grown from there,” Painter said.

Painter said the first poem she ever performed at a poetry slam was a father's day poem for her father who was present in the audience.

At the Letters and Arts Society's event, Painter presented her poems through spoken word poetry. Spoken word poetry is essentially performance poetry, and revolves around a poet performing their piece in front of an audience rather than writing a poem in a book and having it sent off into the publishing world. “I think that spoken word really does hinge on that performance and that connection between the performer and the audience,” Painter said.

The difference between slam poetry and spoken word poetry is that slam poetry is competitive, where performers are given a score once they have finished performing their poem.

The London Poetry Slam organization has been running for 10 years and hosts an event each month. Painter explained that there is also an open mic section before the slam poetry competition for individuals who would like to share their poems without being scored. She detailed that anyone can participate and there are a few rules to the competition such as no costumes or props, the work must be your own and participants are given a three-minute time limit. According to the London Poetry Slam website, this year's finals will be held April 20 at Aeolian Hall and will feature the top 10 poets competing for a spot on the London Poetry Slam Team to compete in the Canadian Festival of Spoken Word national competition in October.

“Every single person has a story. To share our experiences through poetry, or other art, is not only empowering for ourselves, but can have an incredible impact for others as well. When I perform spoken word, I get to express myself and take moments of struggle and share them with strength, but I also get to connect with other people who have their own stories, who feel the power of a person being vulnerable and open and expressive, and realize they have something to say too,” Painter said.