Inspiring the next generation of industry professionals 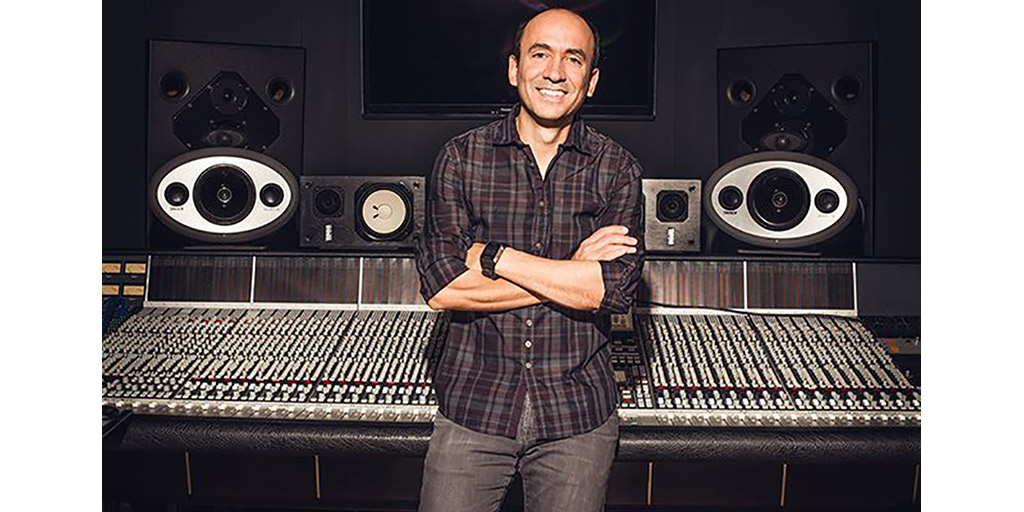 CREDIT: JUNOAWARDS.CA
Fanshawe Music Industry Arts (MIA) students were enlightened by a visit from George Seara. Seara is an audio engineer for artists such as Shawn Mendes, Rihanna and Drake.

Students of Fanshawe’s Music Industry Arts (MIA) program were excited when they heard the news that they were to be visited by Fanshawe alumni and Juno winning audio engineer George Seara.

Seara, who is most recently notable for his work as a recording engineer for Shawn Mendes and James Bay, treated the students to a threehour lecture and workshop in which he shared his backstory, gave insight into his mastering techniques and answered the many questions that students had for him.

Seara first became interested in the music industry through the guitar at the early age of thirteen. This led him to begin playing with other musicians as he grew up. However, it wasn’t until he took a year off after his first year studying computer engineering that Seara realized his true passion was for the music industry.

He soon attended Fanshawe’s Music Industry Arts program in order to further his knowledge in this field. Upon graduating in the mid‘90s Seara visited Portugal where, thanks to his positive, outgoing personality as well as his ability to network he quickly found work at a recording studio there. After forming a successful career for himself in Portugal, Seara made the decision to return to North America and found work as an assistant engineer at a recording studio in Toronto. Shortly after, Seara received a job at the well-known Phase One Studios and from there, things really began to snowball for him as he built an extremely successful career.

Seara credits much of this success to a driven and passionate work ethic, as well as his openness to work on any genre of music. This boded well in Seara’s favour who has engineered for such high calibre artists as Rihanna, Drake, Herbie Hancock, Sting, Pentatonix, 50 Cent and Shawn Mendes.

Seara is very grateful to have formed a strong relationship with artists such as Mendes and currently when he is not working at Noble Street Studios in Toronto, Seara finds himself travelling all over the world to places such as Malibu and New York to work with artists.

Despite his busy schedule, Seara enjoys visiting Fanshawe, welcoming the opportunity to get to know and inspire the next generation of music industry professionals. “I always like to keep an ear to the ground and see who’s doing what, hear some new music and also hopefully share something that may be helpful…I think if anything show people that there’s opportunities out there. You just have to get creative and sometimes diversify a little bit,” Seara said.

MIA student Willem Cowan felt that it was refreshing to hear a realistic perspective on the industry from someone of his calibre. “I feel like not a lot of the guest lecturers want to be that real…I think what I took away from most of it was the advice on the industry in general,” Cowan said.

Another student of the MIA program, Anela Navarro, believed that although the mixing and mastering techniques of Seara were amazing, the real key to his success was the kind, encouraging and positive attitude that he demonstrated to the students that day. “He seemed so down to earth…so nice and so genuine; and I feel like that’s one of the most important things when you’re working with somebody,” Navarro said.

When asked if there was one major piece of advice he had to give the students graduating this year and looking to pursue a career in the industry, Seara said that it largely comes down to “patience, perseverance [and] you’re going to need a little luck. But I think that as long as…you go after things and don’t wait for things just to come to you and fall in your lap…there’s opportunities there”.

Four Animes worth a watch on Netflix

Four Animes worth a watch on Netflix