Pokemon: Trainers guide to the game 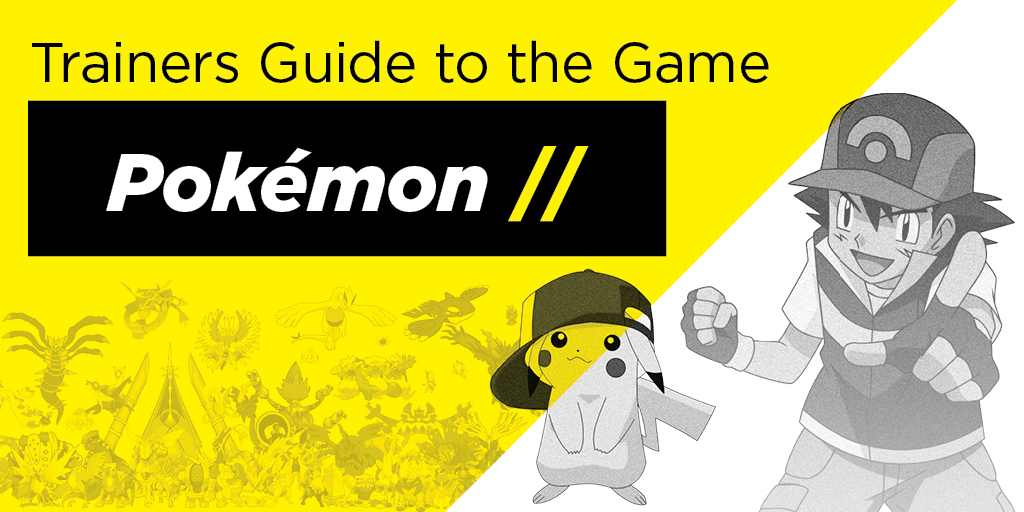 Pokémon was popularized in the ‘90 s by the Gameboy games and then by the cards, a manga, an anime, and movies. But how many people that collected the cards actually played the game?

The game has depth, requires strategy, and really feels like how you’d expect a Pokémon battle to feel. You’re drawing cards constantly and doing a lot; some games can last a while, but it’s a lot of fun.

Pokémon trading card game (TCG) can be learned online, but here’s a brief run through to see if it’s something you might enjoy.

Every game starts with a coin fl ip allowing the lucky player to choose whether or not they want to go fi rst. It’s not always best to go fi rst, as the player who goes fi rst cannot attack on their fi rst turn.

After you have selected your starting Pokémon draw six cards from the top of the deck without looking at them, placing them face down beside the fi eld of play. These cards are rewards for knocking out an opponent’s Pokémon, called prize cards. There are now Ex and Gx cards that are rarer and stronger versions of Pokémon that reward two prize cards if defeated.

To begin each turn draw a card. Play any basic Pokémon in your hand onto the bench. The fi eld of play consists of one active Pokémon and up to fi ve benched Pokémon.

Only after a Pokémon has been out one full turn can it evolve, simply place its next stage evolution card on top of the Pokémon.

Each turn you can attach one energy from your hand to any of your Pokémon. Pokémon require a certain number and type of energy to attack. If you don’t have any energy, use trainer cards.

Trainer cards are item cards and supporter cards. You can use as many item cards per turn as you like. Item cards are things that allow you to get a Pokémon, or basic energy from your deck.

Tool cards are item cards that can be applied to your Pokémon to add power to attacks and provide defense, among many other things; but only one tool card can be applied per Pokémon, and it cannot be removed (unless otherwise is specifi ed).

Next play a supporter card.

Supporter cards are cards with people featured on them, which allow the player to do things like heal or draw cards, and can only be played once per turn.

Your active Pokémon can be switched with a benched Pokémon using trainer cards or by retreating, which costs a certain amount of energy depending on the Pokémon.

Once a player attacks (or passes) their turn is over and their opponent begins making the next move.

Each Pokémon has a di erent elemental type that makes it weak to, or resistant to other types; multiplying, or subtracting damage from attacks. Once the damage total equals the health points (HP) of the Pokémon it is knocked out and discarded to the graveyard along with all cards attached to it.

As cards are used they’re discarded and go face up in the graveyard along with any defeated Pokémon.

Once you collect all the prize cards you win; you can also win by knocking out the opponent’s active Pokémon with no benched Pokémon, or if your opponent can’t draw a card to start their turn.

The Pokémon TCG online is a great way to experience Pokémon, to download it, go to pokemontcgonline.com. Once you get the hang of it build or buy a real deck and check out the local tournaments held at Fresher Sports Cards on Sunday afternoons.