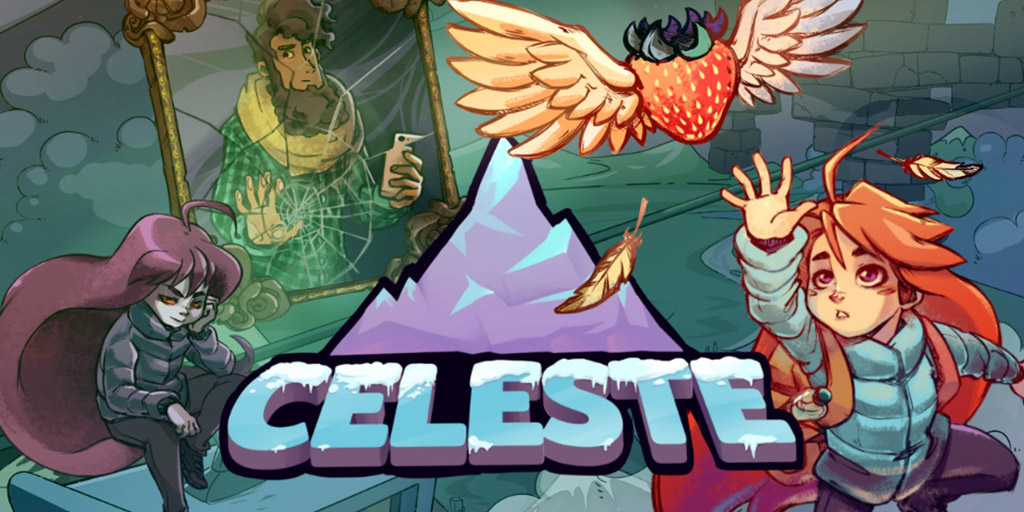 Celeste is a 2D platform game that provides a variety of challenging levels for players to tackle while also delivering a depiction of what it is like to learn to cope with anxiety. The premise of the game revolves around the protagonist Madeline, who is on a personal quest to climb Celeste Mountain.

The mechanics behind Celeste consist of a traditional jump and the ability to perform a dash either on the ground or in mid-air. Madeline can also climb up walls and other objects for a limited amount of time. While the mechanics may seem simple at a first glance, the developers do a terrific job at making the controls feel precise and designing levels to put even the most veteran of gamers to the test.

Completing the various levels in Celeste requires a decent amount of fast thinking and problem solving skills. There were a number of platforming puzzles throughout the levels that took me a number of attempts to complete, which made me feel bit frustrated in the process. However, once I managed to solve the puzzle in front of me, I felt a triumphant pride that completely nullified any previous negative emotions I had towards the level design.

The boss encounters at the end of certain levels were also super fun to play through. I often had to make split second decisions and react quickly to maneuver through new areas without having the time to analyze the room layouts.

Scattered throughout the levels are small optional platforming puzzles, which provide a strawberry as a reward to the player. While the strawberries are optional to collect, missing out on these challenges will cut down your total play time significantly.

To add on an extra challenge to players, there are two additional difficulties for each level, which allows the players to revisit these levels with more brutal platforming puzzles and design layouts.

The characters in Celeste are refreshing. As the player ventures through the various locations while climbing up Celeste Mountain, we learn more and more about Madeline's struggle living with anxiety as well as her personal reason behind climbing such a daunting mountain. Each character in some form or another assists Madeline in her self-reflection as she continues to trek up the mountain. Even though the characters did not have voice actors, the cute murmuring noises from the characters and quirky dialogue did a decent job of bringing their personalities to life.

In my opinion, the game stresses to the player that repressing or ignoring one's anxiety is not enough to live a satisfying life. Instead, one must take care of themselves and accept the darker parts of themselves in order to grow.

While 8-bit art can be off-putting to some in 2018, I believe the art behind Celeste was captivating to say the least. There is a substantial amount of detail put into the backgrounds of each level, which truly made the game feel vibrant. The music is also a highlight of Celeste. The soundtracks from each level added on to the paranormal vibe and persevering theme throughout the game.

Overall, Celeste is a must play for fans of challenging 2D platformers.

The Ritual: A fresh take on horror

The Ritual: A fresh take on horror