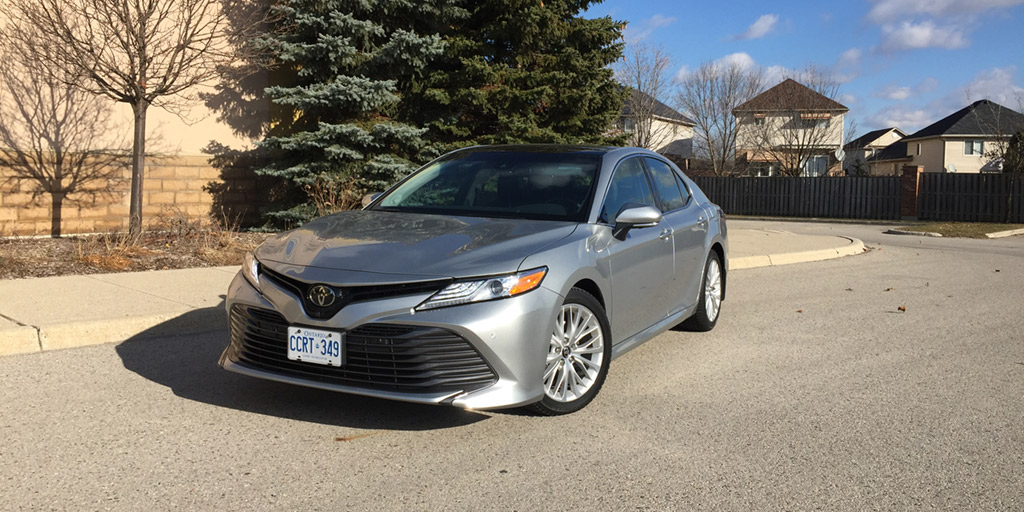 CREDIT: NAUMAN FAROOQ
With both the Toyota Camry and the Honda Accord on the market, the Interrobang compared and contrasted which vehicle is better for specific reasons

In the mid-size sedan segment, the fiercest rivalry is between the Toyota Camry and the Honda Accord, and it has been this way for decades.

The Camry is the world's most popular taxi cab, while the Accord has -on many occasions- been the best selling mid-size sedan in North America. Both these cars have new models for 2018, so which one is best? To find out, I spent a week with each model, to see what these models offer and which one is the better daily driver.

Styling: Regardless of what type of car one is looking to buy, styling is important, as you're not likely to pick a car you can't stand looking at. Both the Camry and Accord are all new for 2018, with the latter taking perhaps a bigger leap in terms of style. However, in my opinion, Honda has just given the world a larger version of their Civic — because that is what the 2018 Accord looks like. It also looks as if the Accord, while in the design stage, had its clay model roll into a wall head first, and the designers just kept the styling that resulted from it — it does have a squished nose look. I wouldn't say that the Accord is ugly, but it does challenge the norm, but perhaps that's what Honda was aiming for.

The Camry on the other hand looks very handsome, with lots of design details found on premium vehicles. My XLE V6 tester looked like it could wear a Lexus badge, rather than a Toyota one. Also, given how the look of the Camry differs somewhat between different models, I think Toyota did a better job in the styling department. So, round one goes to Toyota. 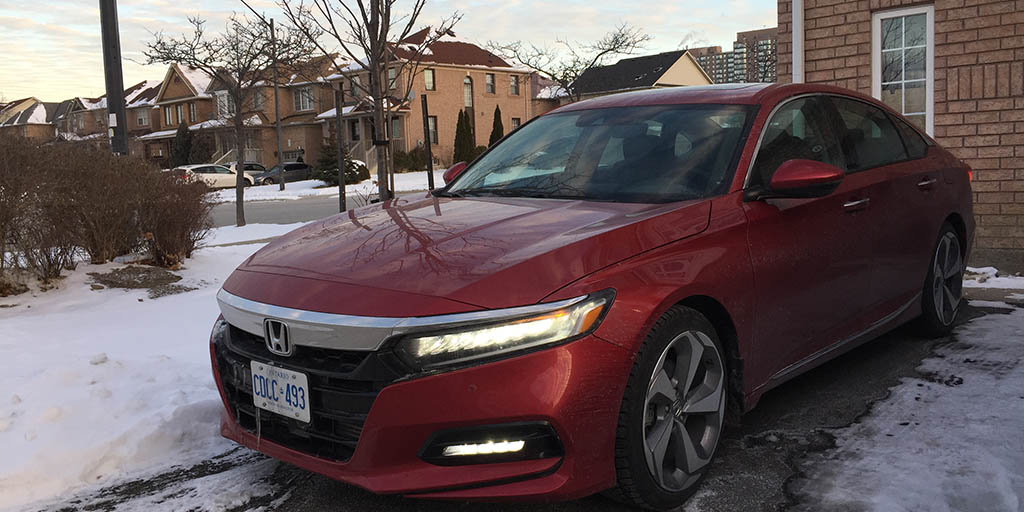 Interior: Both the new Camry and Accord have wonderful interiors, which feature lots of space, comfortable seats, and plenty of technology. Again, from just the visual point of view, the interior of the Camry looks a bit nicer than the Accord's, but it is in fact the latter that offers more equipment. While the Camry is nicely equipped, it is missing out on some important features — such as, there are no heated seats for the rear seat occupants, the front seats are heated, but not cooled and there is no option for a heated steering wheel. The Accord on the other hand (in Touring Trim), offers heated and ventilated seats in the front, a heated steering wheel, and heated seats in the rear. Given the climate we live in, these are important features to have.

Also, given how the Camry XLE and the Accord Touring have otherwise a similar list of features, with goodies such as adaptive cruise control, lane keep assist, and infotainment systems that can handle all that you want them to do, both these cars are very satisfying to live with. However, since the Accord offers even more features, round two goes to Honda.

Powertrain: Honda currently offers the Accord nameplate with three different engines, but we should only count two, because the current Accord Hybrid is still the old model. Honda is not likely to offer an Accord Hybrid on the new platform, because they have just launched their Clarity model, which will eventually take over from the Accord Hybrid. So, the allnew Accord, is really only offered with either a 1.5 litres or a 2.0 litre, four-cylinder motor, both of which are turbocharged. The 1.5 litres motor develops 192 horsepower and 192 pounds per foot of torque. Power is fed to just the front wheels via either a six-speed manual, or a CVT automatic gearbox.

The 2.0 litres motor develops 252 horsepower and 273 pounds per foot of torque. Again, power is just fed to the front wheels, but while you get the same six-speed manual gearbox, but instead of a CVT, this motor gets fitted with a 10-speed automatic gearbox.

I tested the Touring model, with the 1.5 litres motor, and a CVT automatic. My tester might not have had the top powertrain offered on the Accord, but it drove really well, and I found the transmission to be smooth, and the power delivery to be linear.

The Camry is also offered with three different powertrains, all of which are featured on the new body style. The base motor is a 2.5 litres, four-cylinder which develops 203 horsepower. Next up, is the Hybrid, which also has a 2.5 litres, four-cylinder motor, with added electric drive, that produces a net output of 208 horsepower. My tester featured the top motor, a 3.5 litre V6 motor that produces 301 horsepower and 267 pounds per foot of torque. Apart from the Hybrid model, which gets a CVT automatic, all other Camry models get an eight-speed automatic, with drive going to only the front wheels in all models.

Given that Toyota offers a bit more choice in terms of engines -and the fact that the Camry is now the only mid-size sedan available with a V6 motor- round three goes to Toyota.

Driving Dynamics: While cars in this category are not meant to be driver's cars, both the new Accord and the new Camry did fairly well, in fact, even better than I was expecting. The Camry was more like a big sofa, as the ride is very soft, and overall noise levels are very low. If you cover a lot of distances, the 2018 Camry is great. The new Accord is also quieter and more refined than its predecessor, and while it may not be as sofa-like as the Camry, I find that the chassis and steering of the 2018 Accord is a bit more communicative. As a result, when you place it on a challenging B-road, the Accord is more enjoyable to drive than the Camry.

Since I like to drive, round four goes to Honda.

Given that Honda claims that their 2.0 litres motor would average 9.1 litres per 100 kilometres on a combined cycle, I bet that in the real world, the number would be very similar to what I achieved with the V6 Camry.

So, round five is a draw.

Verdict: Both, the 2018 Honda Accord and the 2018 Toyota Camry impressed me much more than I was expecting. Bring either of them home, and I'm sure you'll be very content with your decision. However, tallying up my score card, it is the new Accord that wins this test.