No Solicitors: Move on to the next one 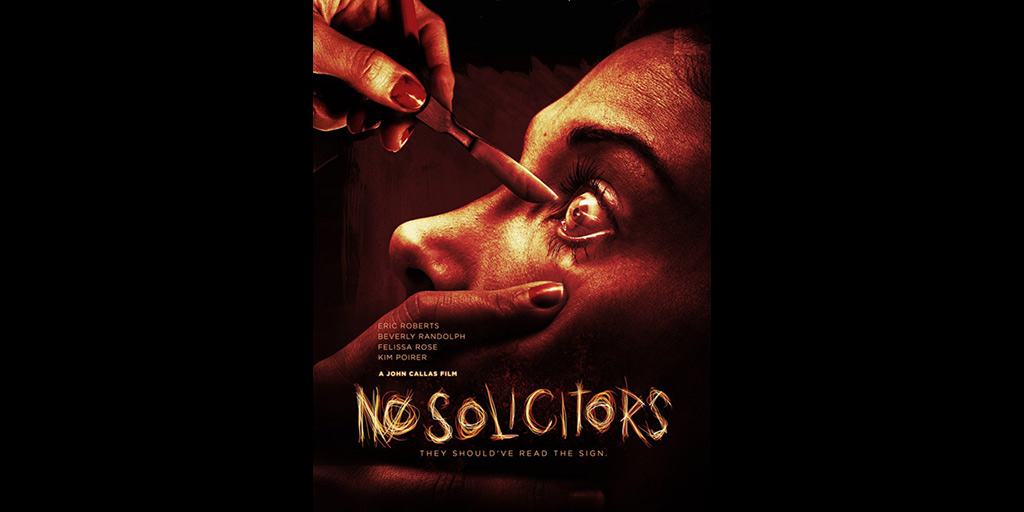 Credit: DEATH BY SOLICITATION
No Solicitors maybe have seemed like a thriller based movie, but it turned out to be anything but that

What had a very limited initial release back in 2015, No Solicitors, directed by John Callas, just received its full launch this month. It's no surprise as to why the launch of this movie was so delayed; over the top acting, unrealistic scenes and gruesome (yet horribly fake) imagery made this movie unbearable. While I love a good gory horror movie, this one was just a mess.

On the outside, the Cuttermans are the ideal family made up of a renowned brain surgeon (played by Eric Roberts), a loving mother and two respectable children. But in reality, they are cannibal murderers who harvest human organs to sell on the black market. They have the charm of the Griswolds but the sick, sadistic side like the Sawyers (Texas Chainsaw Massacre). Anyone who rings their doorbell, despite the “no solicitors” side, are invited in, seduced and then held hostage until they are later harvested.

While the plot line may sound interesting, in a sick demented way, the over the top, forced acting simply killed this movie. At first it was whimsical and kind of funny, but as the movie progressed it just became more and more annoying. All actors, besides the father, used high pitched voices and sounded like they were reading directly from a script. While this may have been the effect the movie was going for, it wasn't doing it any justice.

No Solicitors also lacked balance. Horror comedies are usually fun to watch because you get in some laughs as well as those “hide behind the covers” moments. While this movie was lacking in both, it was really lacking in the suspense department. This made the movie extremely repetitive and definitely made me lose interest not even half way through. It relied solely on highly graphic, gruesome scenes which were not even done well.

Like the over the top acting, the special effects and prosthetics were very unbelievable. Even in the starting scene when an incision is being made, you can clearly see the prosthetic piece which ruined the whole illusion. These poorly done effects get really old really fast as they are laced throughout the entire movie.

Band of The Year, Act of Chaos, discusses Morose World

Band of The Year, Act of Chaos, discusses Morose World