Harry Potter in Concert: A night of witchcraft, wizardry and magical music 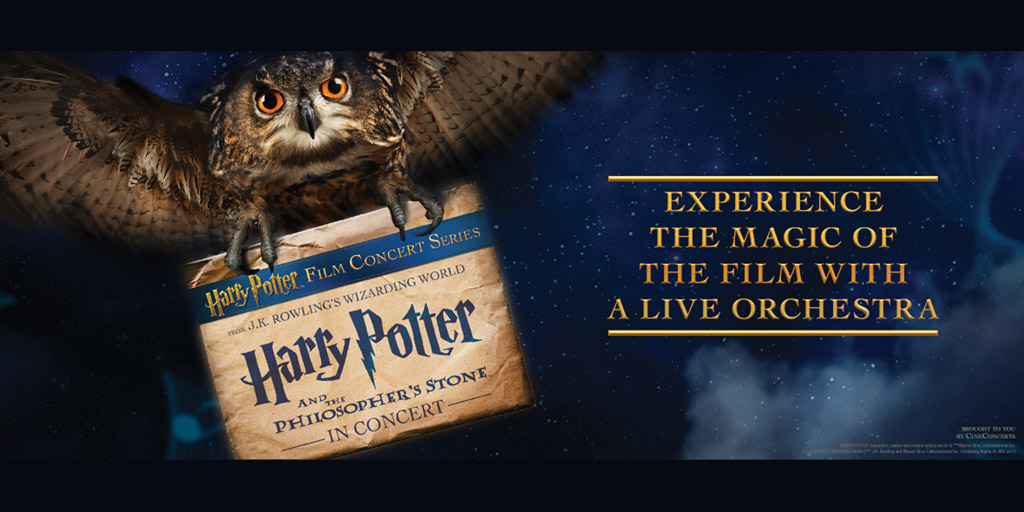 CREDIT: BUDWEISER GARDENS
Witches, wizards, warlocks and muggles made their way to Budweiser Gardens on Jan. 20 to not only watch the first film of the Harry Potter series on the big screen again, but also hear its score live performed by the London Symphonia.

Wizards, witches, warlocks and muggles gathered at Budweiser Gardens on Jan. 20 to rejoice in the magical musical side of the Harry Potter franchise during Harry Potter And The Philosopher's Stone In Concert.

The event featured the first movie of the Harry Potter series on the big screen, but instead of hearing the score (a film's music soundtrack) come from the movie itself, it was played live by the London Symphonia and conducted by Stephen Mulligan. The music director of the score itself was created by John Williams, who was the director for all seven Harry Potter films.

Perch at the centre front of the stage, Mulligan waved his baton up and down, from side to side and soft and slow during almost two dozen songs throughout the three how show, which consisted of an intermission midway through.

The area was filled with fans of all ages, some decked out in their preferred Hogwarts house outfits (Gryffindor, Ravenclaw, Hufflepuff and Slytherin), or resembled their favourite character, not to mention, some carrying their wands in hand. Before the show began, a chipper Mulligan spoke to the audience and encouraged them to praise and cheer for characters and scenes they enjoyed in the film, while also express emption towards characters or parts that were not favourable. Mulligan finished off by naming each house name and seeing who was part of each team, which evidently, cheers erupted from the crowd as he called out Gryffindor, Ravenclaw, Hufflepuff and Slytherin. Naturally Gryffindor got a lot of cheers, while Slytherin did as well, along with boos.

During the movie itself the audience wasn't afraid to cheer when certain characters made their way onto the screen, or boo for those the general public sees as “evil”. Considering the movie being screened was the first movie of the franchise the actors were either children or at least much younger when they were playing their parts, which was also another factor why the audience responded the way they did when seeing them. There were extra cheers for Emma Watson, as she portrayed the smart and sassy Hermione Granger in such a way that is still relevant for today's day and age. There was also a number of laughs throughout the evening, specifically when Rubeus Hagrid acted out a scene.

Fans were also not afraid to recite lines as the film went on.

With a variety of instruments played, including a harp that went hand in hand with a harp specific From the moment the first familiar sounds of the Harry Potter theme song came on, the audience was entranced into the film and wizarding world of witchcraft, with the talented Symphonia playing song after song, they blended in so well with the film's dialogue and were right on cue when a musical number was ready to be played. This did however almost feel a bit problematic at times, since it felt as if the movie was the main attraction and people forgot live music was playing. It took a few times to remember to look down from the screen and see a number of people playing their instruments, rather than it be coming from the screen.

This was made clearer when the film finished and a portion of the audience walked out before the credits finished rolling. Normally that wouldn't be as problematic, but this time was different since this was the last chance for the Symphonia to play a number for us.

For those who stayed, they were treated to a grand finale from the musicians where they played their hearts out and were truly able to shine and have full attention on them.

After the last notes were played and Mulligan put his baton down, the remaining crowd gave the talented bunch a standing ovation and much deserved attention and celebration.

Overall, the night was a success and to those who may have missed this first concert might have a shot with a concert installment of the second movie in the Harry Potter series, which is in the works. Whether it comes to London is another story, but with the positive response this first concert received, there is hope for the next one.

The Dos and Don'ts of a Good Interview

The Dos and Don'ts of a Good Interview